Three islands inoculate a population between 12 and 16 years old 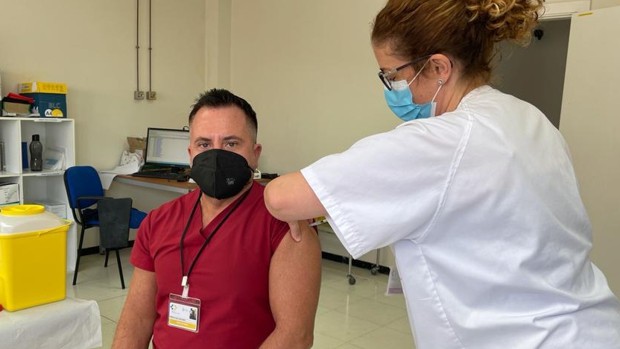 The vaccination plan in the Canary Islands has experienced changes in the last weeks. While some islands step on the accelerator, others maintain their planning following the trend with the State.

The rate of vaccination in the Canary Islands varies depending on the island, the population and the age of the residents. On La Gomera, La Graciosa or El Hierro they are already vaccinating the population between 12 and 16 years.

La Graciosa plans to have 100% of its population vaccinated this week, and Iron already exceeds 70% immunization among its residents. La Gomera already calls those residents over 20 who have not received the vaccine to come, without an appointment, today, Wednesday, June 30, to the San Sebastián Visitor Center and this Thursday to the Port of Vueltas de Valle Gran Rey.

Different is the case Tenerife and Gran Canaria, where vaccination is currently focused on the group between 30 a 39 years. The increase in infections on the island of Tenerife and the advance in the less populated islands has allowed speed up the pace of vaccination, advancing around 11,000 appointments.

📸The Nursing teams of the Insular Point of #Vaccination of El Hierro have continued today administering doses of #vaccines💉 against the #COVID19 to the age groups established in the Strategy#CanariasSeVacuna#YoMeVacunopic.twitter.com/apzyjiZWjU

The objective is to advance the immunization of this age group as far as possible and to be able to start as soon as possible with the under 30 years, age group in which most of the new cases are being registered.

In the Insular Pavilion San Martín in Tenerife, a 24-hour vaccination station, 45,000 doses are administered daily.

Health of the Government of the Canary Islands has registered in the last 24 hours a total of 206 new cases of Covid-19, without having to mourn those who died on the last day. By islands, the cases are distributed in Tenerife with 141 cases new of the total, Gran Canaria adds 39, Fuerteventura increases by 19, Lanzarote registers 3, La Gomera adds 3, La Palma adds 2, and El Hierro remains the same, free of new cases.

The accumulated cases in the Canary Islands so far and since the beginning of the pandemic are 60.673, with 787 deaths from the virus in the archipelago.

💉Today, Tuesday, more than 4,500 people are summoned in the @pabellonsmartin to receive the #vaccine against #COVID19 on its first day of operation from 09:00 to 21:00#YoMeVacuno#CanariasSeVacunapic.twitter.com/dcE6rUU3pH

The Superior Court of Justice of the Canary Islands canceled the restrictive measures on Tuesday morning and capacity for the hospitality sector in Tenerife, decreed due to the increase in the alert level of the island from 2 to 3.

In this way, the measures that closed the interior of the premises and limited the capacity on the terraces to 50% were canceled, although it is expected thate agree to a “reinforced level 2” to contain the pandemic without harming the economy.

This has been advanced by the president of the Cabildo of Tenerife, Pedro Martin, after a meeting with the parties, who will meet again today so that businessmen in the sector can put their proposals on the table.

The administrations and the hospitality industry in Tenerife consider an alert level 2 “reinforced” with claims that could be aimed at maintaining a third of their capacity inside the premises, or otherwise, require the covid certificate to allow access, as well as to be able to close at midnight, as they have shuffled in recent days.