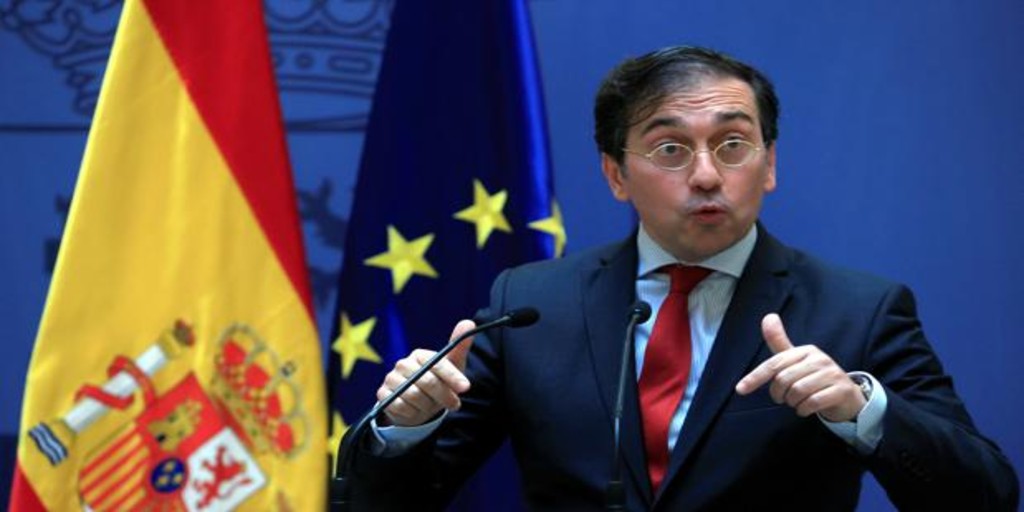 With another “hands to work”, as he did in his inauguration speech on 12 July, the new Minister of Foreign Affairs, EU and Cooperation, Jose Manuel Albares, this morning encouraged the new secretaries of state and ministry officials to work in a scenario “that will not be easy at all” due to the context of the pandemic. Thus, this morning at the Palacio de Santa Cruz, the appointments of his new team, approved yesterday in the Council of Ministers, were made official.

As of today, at the head of the Secretary of State for Foreign and Global Affairs is Angeles Moreno Bau. Of International Cooperation, Pilar Cancela Rodriguez. For Latin America and the Caribbean and Spanish in the World, Juan Fernandez Wheat. And in the European Union it continues Juan González-Barba, the only position in the mandate of Arancha González Laya that remains in the same position as the previous team.

After the appointments, and minutes before embarking on his first trip as Minister of Foreign Affairs to London, Albares has explained to the journalists who have attended the event that for this restructuring he has “tried to choose profiles that, by age and career, have a great specialty” in the issues that he considers priority and essential, both due to the context of the pandemic and for the impact that Spain has abroad. “Spain is not understood in the world without its Ibero-American soul and without the presence of Latin American countries and the language, which is common and positions us in the world,” he explained, while adding that in those countries “we have a lot of what to do, especially in these moments of Covid-19 crisis, where Latin America needs our help and will have it ».

Regarding the destination of his first trip as minister to London, Albares has followed in the footsteps of President Pedro Sánchez and his predecessor, former minister Arancha González Laya. The two broke the tradition of making their first trip to Morocco as soon as they took office. Sánchez chose Paris while Laya chose Brussels. In the case of Albares, although London is justified after the presentation this Tuesday by the European Commission of the draft mandate for the negotiations on Gibraltar, this trip was already scheduled on Laya’s agenda. «It is a trip that I would also have put on the agenda because yesterday the mandate was approved and it is something fundamental», Declared Albares. There he will meet his counterpart, Dominic Raab.

“I can release an agenda, or make an appointment with a Minister of Foreign Affairs now or in a month, it is something that does not affect the interests of Spain,” said Albares, after reminding him that he has followed in the wake of his predecessor by not traveling to Morocco.

The minister commented that “now it is important” that he and Dominic Raab have a meeting “because there is a bilateral relationship”: “The mandate is the European Commission and is negotiated by the European Commission. Therefore, Spain is one of many and I am not going to go for the mandate itself. But between Spain and the United Kingdom there is a relationship between countries, there are tourists, there are many thousands of Spaniards in the United Kingdom, many thousands of Britons in Spain, there are investments, and so on. There’s a lot issues we need to talk about very quickly. And it seemed to me that this trip could not be delayed any longer ».

Vaccination as a priority

Albares also wanted to address this morning an issue that worries Ministry officials: the vaccination of personnel abroad. The minister has encouraged all his colleagues to comply with the mandate he gave them in the letter he sent them last Tuesday. In a letter sent to “the family of the Foreign Sector”, Albares announced that all public employees of the General State Administration, and their cohabiting relatives, may be vaccinated at the International Vaccination Center of the Ministry. Those who have only received the first of the necessary doses, as well as those who have not yet started the vaccination process in their destination country, can do so.