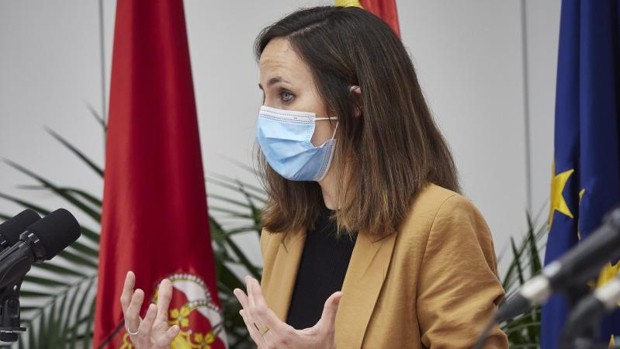 The Minister of Social Rights and Secretary General of Podemos, Ione Belarra, has sent this Wednesday a letter to nine departments of the coalition government to extend until December 31 the protection measures approved in the ‘social shield’ that expire on August 9.

Belarra maintains that the increase in the accumulated rates of incidence and infections by coronavirus will have an economic impact. For what you believe “Necessary” and “urgent” expand the social policies of the decree to “Protect” people in vulnerable situations.

«It is necessary to proceed with the greatest possible urgency to extend the previous protection measures for those people who are suffering the most from the social and labor crisis as a result of the pandemic and, where appropriate, to approve other measures that are necessary to maintain and consolidate the Social Shield to as of August 9 ”, explains the minister in the document.

The leader of Podemos thus vindicates her role in the coalition government by lead a negotiation that in the last year belonged to the former second vice president and his predecessor in office, Pablo Iglesias. This claim by letter, to which ABC has had access, has been sent to the headquarters of the Ministry of the Presidency, Relations with the Courts and Democratic Memory; Justice; Equality; Consumption; Transport, Mobility and Urban Agenda; Job; Ecological Transition; Health and Inclusion, Social Security and Migrations.

Belarra says stay “Awaiting” the “opinions” of the nine ministers to whom he sends the letter and proposes “a working meeting to discuss the contents” and “guarantee its immediate entry into force.”

The main measures proposed to expand are the suspension of evictions in vulnerable homes without an alternative to decent housing, and, they clarify, “in all cases included, including those others that bring cause of a criminal procedure.” They also demand the prohibition of electricity, water and gas cuts and the extension of the social bonus for certain vulnerable groups.

The Extraordinary extension of lease contracts of habitual residence, measures to face situations of social and economic vulnerability in housing and transport and urgent measures in assistance and protection for victims of gender violence, among others.