Francisco is reunited with Viktor Orbán in Budapest 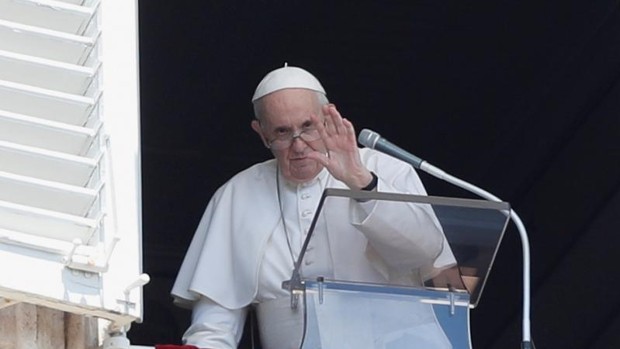 The Pope has agreed to meet with the Hungarian Prime Minister Viktor Orbán, during the express visit to Budapest on September 12. Pope will be less than 7 hours in this city, to which he travels to close the International Eucharistic Congress.

The organizers have compressed the papal agenda in Hungary to the maximum, and have reserved 30 minutes for his two State meetings.

The Pope will land at 7:45 a.m. in Budapest and an hour later he will arrive at the Museum of Fine Arts to meet with the president. János Áder and with the prime minister Viktor Orbán. The Vatican has not clarified whether there will be a closed-door conversation with each leader, or whether the three will hold the meeting together.

What is clear is that there will be no speeches as it is not a state visit but a trip “on the occasion of the closing Mass of the International Eucharistic Congress.”

After meeting Orbán, the Pope will meet with the country’s bishops and before them he will deliver the first of the three speeches that he has planned for the visit. The second will be before representatives of non-Catholic Christian Churches and representatives of Jewish communities; and the third, the closing homily of the Eucharistic Congress in Budapest.

Will be the Francisco’s first meeting with Orbán. It will not be an easy meeting between the Pope, who demands greater respect for forced migrants and the leader who was re-elected for the third time in October 2018, with a government program that opposed the EU migration policy and warned of the « mortal danger ”from the arrival of Muslim migrants.

As a counterweight, the Hungarian prime minister established in his government a secretariat of state to help persecuted Christians that promotes development projects in their own countries. Some senior Vatican officials emphasize that it is more Christian to carry out projects aimed at the entire population and not just a part.

Francis wants to travel to Budapest to participate in the closing of the International Eucharistic Congress, which, in addition to cardinals and bishops from all over the world, will be attended by the main leader of the Orthodox Church, the Ecumenical Patriarch Bartholomew I.

After 7 hours in Hungary, the Pope will stop more than three days in Slovakia where he will visit a gypsy neighborhood where 7,500 people live, celebrate a mass according to the Slavic liturgy and participate in one of the most numerous pilgrimages in Central Europe, in a sanctuary that the communist regime tried unsuccessfully to turn into a munitions depot.

It will be his 33rd international trip. A delicate trip because, on the one hand, it will show to what extent the Pope has recovered from the Columbus operation on July 4; and secondly, at the request of the Slovak bishops, for the first time to attend a papal event it will be necessary to have a health passport that guarantees immunity to covid19.