Madrid claims 320,000 euros from the Mancomunidad del Este for the delay in the removal of waste from Valdemingómez 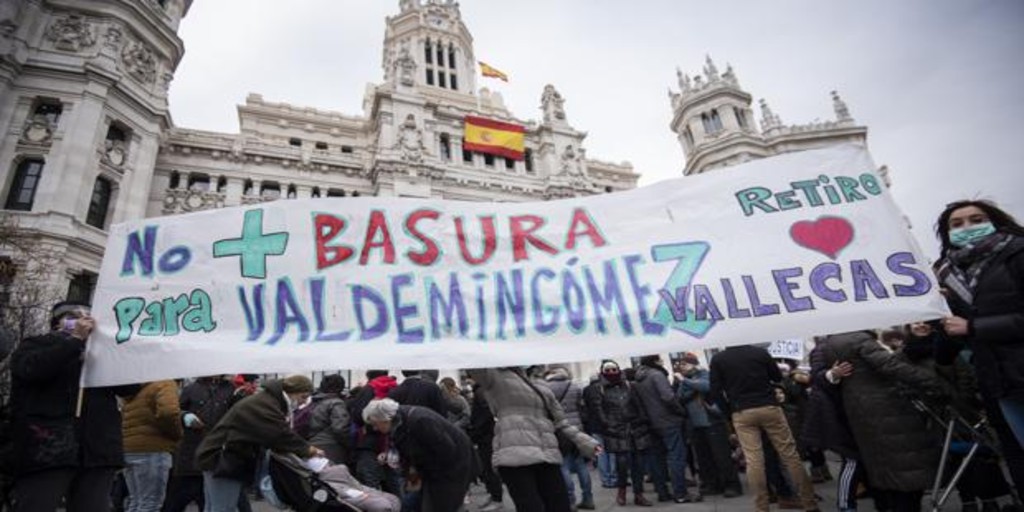 The Plenary of Cibeles has exploded in a scuffle with the return of the garbage war. The delegate for the Environment and Mobility, Borja Carabante, has reported that the Madrid City Council requires 320,000 euros to the Commonwealth of the East for the “breach of the waste reciprocity agreement” signed in February 2020. After the Alcalá de Henares plant was filled, and while the new Loeches plant was ready, said agreement allowed the entry of 165,000 tons from the 31 municipalities from the east of the region to the landfill of Valdemingo field.

To date, the new Loeches plant has not received waste from the capital and the City Council will ask the Agreement Monitoring Commission for the requirement for the Commonwealth to pay 160,000 euros per month for breaking with what was agreed during April and May. In addition, every 30 days of breach carry a fine of 45 euros per ton of waste not transferred.

The announcement in plenary session was made on the same day that it was known that the courts have dismissed in a ruling of June 28, 2021 the appeal of the Regional Federation of Neighborhood Associations of Madrid (FRAVM) that challenged the provisional authorizations with which the Mancomunidad del Este was able to dump its waste from December 28, 2019 to February 24, 2020, reports Ep. The councilor of More Madrid José Luis Nieto, the formation that presented the appeal, has taken the opportunity to demand the resignation of Carabante as assumption of his political responsibilities after the Justice declared in another sentence null the six provisional authorizations granted.

The authorizations were covered until the end of February 2020. In that two-month period, Valdemingómez «received 35,000 tons of waste from the Commonwealth of the East without any legal support, affecting both its operations and the useful life of the landfill, in addition to seriously harm the people who live in the surroundings of Valdemingómez “, has highlighted Más Madrid. Carabante, for his part, stressed that the ruling establishes that “authorizations are of full right” and that, furthermore, “There was no other viable alternative than Valdemingómez”.

Now, the commission is the body in charge of analyzing discrepancies and possible breaches and it will be within it where the application of the provisions set forth in the agreement is decided. Since March 31, Madrid has been treating exclusively the waste of Madrid. Since that date, the City Council prohibited Arganda, authorized in 2017, and Rivas Vaciamadrid from dumping their waste at the Valdemingómez plant.