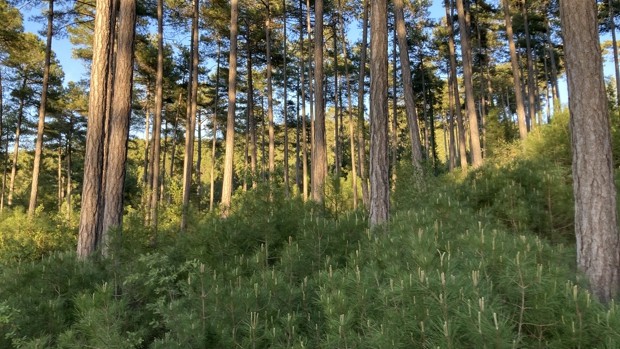 The conjunction of the Green New Deal of the EU and the Presidency of Biden in the USA is promoting the fight against climate change both on a global scale and in our country as evidenced by the recently approved Climate Change Law. But this fact is not limited to the public sector, large companies have fully assumed it, becoming a key player.

The ambitious objective of carbon-neutrality at the most in 2050 entails some challenges such as energy storage, heavy air, sea and land transport, as well as the production of certain hydrocarbon derivatives lacking viable alternatives. Unlike other pollutants or accidents, CO2 is not only emitted, but can also be sequestered either by vegetation or by the oceans. Since the oceans are not manageable, a growing number of actors are identifying planting forests as the alternative to offset the inevitable emissions in 30 years. To this must be added that in the climate change process, the accounting for repopulation has advanced much more due to its greater simplicity.

In recent months, a sometimes unbridled interest in identifying vacant land to repopulate has been emerging in recent months, with the practically sole objective of discounting future CO2 sequestration in principle very commendable but that needs to be framed to avoid dysfunctions, mistakes already made, generate a discriminatory treatment and sound failures eg, applying not sufficiently contracted techniques such as seeding with drones.

It would be a very serious mistake to ignore the accumulated knowledge and the entrenched actors, trying to simplify what is complex and entrusting everything to a momentary flood of resources that are not always adequately assisted. Nor would it be correct to instrumentalize the repopulations to lengthen the fossil economic model that we suffer (green washing).

It is always convenient to know where we are starting from. Forest land occupies 55% of Spain and forests 37%. If we compare it with our surroundings, it is true that we are a few points from the EU average (43%) but it is no less so that the Nordic countries lacking agriculture and little populated are not comparable, our forest cover being one of the first of the rest of the EU. Since the minimum tree cover 150 years ago we have multiplied its extension between 2 and 3 times, and in the past 45 years by 120% the wood stocks. Therefore, it is not rigorous to justify repopulation due to deforestation in Spain as it was until 50 years ago.

Undoubtedly there are areas to repopulate, but no longer in the dimension of yesteryear and considering that in an important part this process is occurring spontaneously and that it would be much more advisable to guide it following the practice identified in Asia of assisted natural regeneration than not only it is less expensive, but better preserves biodiversity, especially genetics. Without forgetting that there are places where a tree cover is not desirable, be it for fire prevention – horizontal continuity -, biodiversity associated with open or bocage spaces or the limitations of the soil, slope or climate do not recommend it. Furthermore, with the prospect of 10,000 million inhabitants in 2100, it also makes no sense to lose productive agricultural land.

We must also not forget that forests contribute to practically all the SDGs in a substantive, relevant or moderate way, so it would be a mistake to try to use them exclusively as carbon sinks as it was in the past to reduce agricultural surpluses or limit them to production. of wood, water regulation or biodiversity. We have the techniques to integrate all these demands, but in a weighted way and with a long-term vision.

You also need to pay attention to the social dimension. 95% of the mountains in our country belong to more than 2 million small family owners and to several thousand small town councils and mountain neighborhood communities that, due to ethical principles and legal requirements, must be integrated into this process.

Forest policy has been suffering from a serious budgetary shortage as a result of the lack of competence of the EU in this matter, which has caused a marginal investment of the CAP of only 3% in such a vast territory. Once these powers had been transferred in the 1980s, the State has been disregarding their financing and the more extensive Autonomous Communities affected by depopulation have an intensity of tax revenue / km2 of up to 200 times lower than the Dutch to allocate to those policies whose cost is strongly linked to the territory, such as forestry. Faced with the threat of fires, practically all the media have been diverted to extinction, which generates a model that focuses on the symptom and not on overcoming the cause of the problem, which is none other than the abandonment of forest management and the environment. rural mountain.

From a political and economic perspective, it is not advisable to bet on expanding forests when we already come from an exceptional growth in the past decades and that continues before consolidating what we have and solving the many pending issues such as under-financing, smallholdings or the aversion to biodiversity policy for management and which is receiving a strong boost from the strongly prescriptive approach of the new EU Biodiversity Strategy. If we manage to put in value that immense extension of forests that we have by ourselves, they will expand where it is viable and people will look for opportunities to plant more, but if they continue to be abandoned it will be implausible to convince the countryman of their viability, finally ending up in the flames.

We have been living with our backs to the rural world, especially the mountain world, and to the forests, taking advantage of how much they contribute to us without committing ourselves to ensuring a fair return that ensures its maintenance, naively trusting in their mere formal protection for their future. Obviously, people have emigrated and forest management has been abandoned in many places.

The growth of the forest mass in extension and density at this time compensates ¼ of our CO2 emissions that, valued at the carbon market price from which they are unjustifiably excluded, represent € 4,000 million / year or what is equivalent to 8 times of the current forest budget . If promoting the fight against climate change facilitates awareness of the strategic importance of forests, there is only one way: to pay them the attention they deserve by mobilizing the necessary means, from a vision strongly focused on the territory and in the long term, consider all its dimensions not only the climatic one, as well as integrating science and the accumulated knowledge of forestry professionals, giving the prominence they deserve to the local communities that have been supporting them.

Reforestation is one of the many techniques available to the forestry discipline, as occurs in many others such as medicine, law or other engineering, and that should never become an end in itself. Society must set objectives and mobilize resources, but respect within each competent discipline in which order, priority and place each of the specific practices are applied, avoiding at all times the dilution of responsibilities.