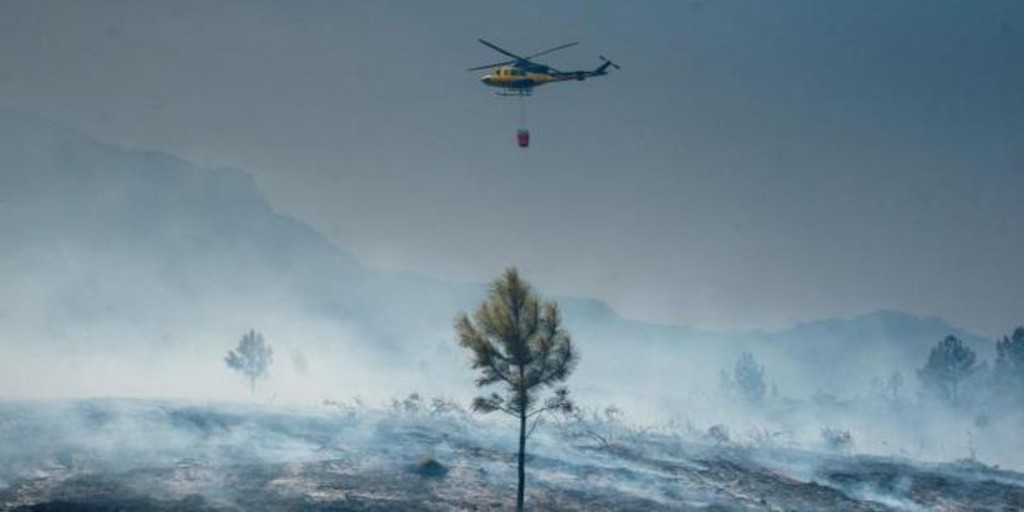 A 38-year-old Portuguese engineer has been arrested and is already in prison preventive in Castelo Branco after it was detected that he was not an arsonist anymore. His thing is to start fires using last generation technology, according to all the indications.

The individual went to the chosen place and programmed the explosion of the flames in such a way that it was delayed for hours or days, with which he could be tens of kilometers away or even enjoying a few days of vacation at the beach. Up to 11 days in advance the unusual aggressor was ‘working’, who knows that domain very well because of his profession.

This was the ‘modus operandi’ of this unscrupulous man, presumably guilty of, at least, four fires last weekend in the Proença-a-Nova area.

Besides, the Castelo Branco police, stunned by such a degree of sophistication To avoid being involved in this criminal activity, he attributes another 16 similar crimes corresponding to last year. All of them in the surroundings and without it being known at the moment if their actions were due to their own initiative or are part of the interventions of a group on a larger scale.

In the end, the agents located him and now it is his turn to testify before the judge and give all kinds of explanations for a behavior that he began to implement in 2019.

Are you fascinated by fire? Do you operate in league with others? What is your true goal? The questions remain unanswered on the table of local investigators, who have seized 16 electronic devices with the capacity to be used for such purposes.

Police officers wore two years following his movements, given that he had raised repeated suspicions. Much more when he used to choose days of great social activity in the surroundings, assuming that the security forces would have other tasks to develop and could not concentrate on his case.

These were popular festivals and races, which attracted a large number of people and, therefore, he considered that he could deploy his tricks.

It is the nightmare of fires, which returns to Portugal and does not rest even in the middle of the pandemic. So much so that it has just been four years since the gigantic fire that affected the town of Pedrógao Grande, where no less than 66 people died in a few hours.