Art and summer, an effective vaccine against rural depopulation 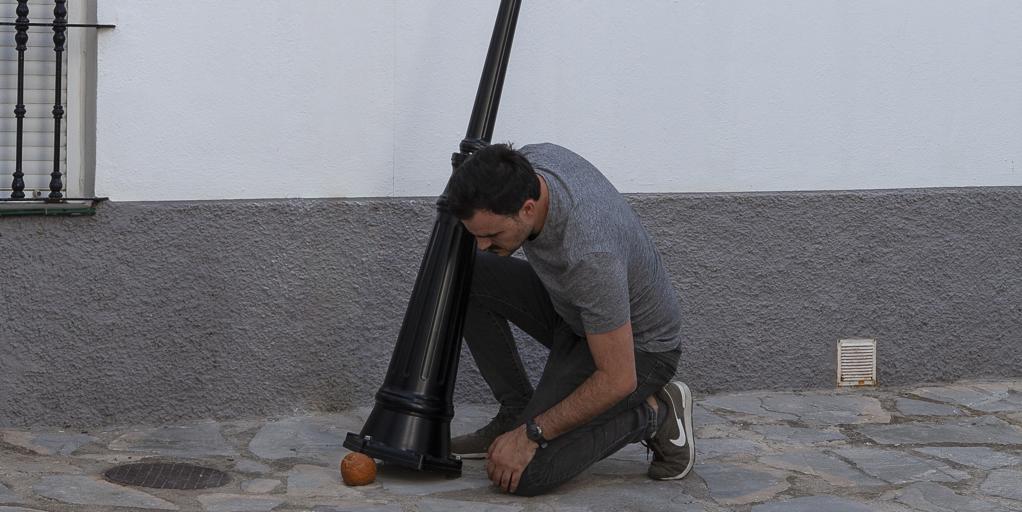 Explained Josep Pla In ‘Las horas’ that ‘stop the fresh’ (expression not already Catalan, but genuinely Empordà: ‘take the fresco’ in Spanish) is that summer custom in the villages of taking the chair out to the street when the sun begins to fall and , like this, hang out: «’Stop the fresh’ has modest pretensions, take a nap under the firmament, ignoring the wonder that the sky offers us, the sounds that emanate from the sunset, from the summer heat ». ‘Stop the cool’ is the name of the project with which three galleries in Barcelona –
Bombon Projects,
Joan Prats Y
Nogueras Blanchard-, transfer contemporary art precisely to the Catalan writer’s Ampurdán, an idyllic setting, with more sedate rhythms than

those of the city, and of great cultural tradition.

«We chose the town of Fonteta, in Gerona, because Bernat, my partner in the gallery, is from there “, he explains Joana Rodaby Bombon. “During the 2020 lockdown, the closure of our stores and the cancellation of fairs caused us great anxiety and forced us to reinvent ourselves. Our answer came in the summer. That’s when the furniture store in this small Catalan town With less than 300 inhabitants, it becomes the venue for a double exhibition: “We did not expect the expectation that this caused, that people kept arriving”. Bernat and Joana considered that, if they repeated the experience, as it has been, it would have to be with a team. This is where Nogueras and Joan Prats come in, with whom they share artists.

The result this 2021 is an exhibition in two chapters (the first, which started in June, on the landscape and the territory; the second, which changes the name to that of ‘Being on the moon’ since August 8, more dreamlike, as when that rest sought in the cool ends in a good nap) that brings creators from different generations (from Ana Mendieta a Wilfredo Prieto O
Chema Madoz) to a context that, in principle, would not be the natural one. Nothing could be further from the truth: «Here we work with the same seriousness but in a more relaxed way. And those who come to see you do so because they are interested in what you offer, they do not bring the excuse of ‘I only have five minutes’ like the one who enters the gallery in the city ». Not only that: the organizers confirm that it is sold.

There is the false belief of thinking that art is ‘useless’ for anything, it has no use. In the case of ‘Live Art in the Villas’, the summer initiative of Juan Gómez Aleman –Visible head of
The Juan Gallery– and the Community of Madrid, is to bring art closer to the towns (where appropriate, those localities in the Madrid province with village category, such as Colmenar, Chinchón, Patones or Buitrago), but, above all, make its local artists visible, inviting them to make their work known to their neighbors, using the square as a meeting place and knowledge, and making use of the ‘performance’ and artists of the discipline already installed in the circuit like Miss Beige, Lidia Toga O Marta Pinilla as dynamizers of the events, which are taking place on weekends until September.

«The public is responding, participating and asking questions, and it is allowing us to discover traditions around textiles, glass or folklore that are being lost. There are councilors of culture of these towns who told us that we would have it raw to find artists in their villages. They have been the first surprised. And the nice thing would be to become a reference for children, future artists, create a file with all the information that is being collected, and export the initiative to other territories», Concludes Gómez Alemán.

Building from art in rural areas today may seem like the latest of the latest. A post-pandemic requirement. Not in vain, the same person in charge of La Juan Gallery imposed it as a challenge when he lived the confinement in his town, Hormigos, in Toledo. But nothing further: lessons in this regard Genalguacil has been giving, in the Sierra de Málaga, since the nineties.

«Precisely, his ‘Art Encounters’ they set out then to fight against the depopulation of a town that in 1950 had 1,500 inhabitants and that in 2016 did not reach 400 “, he explains Juan Francisco Rueda, the curator who since 2017 is in charge of organizing the programming in odd-numbered years, those in which this ‘small great biennial’ rests. Today, the determination of its mayor, Miguel Angel Herrera, which since 2014 professionalizes and expands it with other artistic initiatives such as the Winter Festival ‘Lumen‘, has produced something as epic as that culture is the main engine of Genalguacil’s economy (which has a contemporary art museum, with a collection, really) and that, since the last three years, its population has increased annually by three percent, with the registration of new artists in the locality.

There they will call from August 8 Rosell Meseguer Y
Pablo Captain of the River, whose project ‘De ley’ will analyze the mining past of the town. And some of his works will permanently form part of the landscape of its streets, as already happens with pieces of Juan Zamora, Isidro López Aparicio or Arturo Comas, the latter, the highlight of the museum’s summer programming. Thanks to this curious way of colonizing the urban area with artistic proposals, it has earned Genalguacil the nickname of ‘Museum Town’.

Speaking of landscape, it is inivitable to remember what Solo Houses is in Matarraña, on the border in the middle of Nature between Catalonia and Aragon. The most curious collection in the world, unique in Europe, of designer houses with which its promoters, the gallery owners of Albarrán Bourdais they give carte blanche to young architects who will give the bell in the future. For now Solo Office (Christmas Geers y David van Severen) Y Solo Pezo (Maurizio Pezo and Sofia von Ellrichshausen) they give an idea of ​​what this complex will be in the middle of the field in the future, which is reactivated every summer with a group exhibition with top-level creators who generate a tour of their plan.

Cerezales Foundation, love of the earth

If there is an example in Spain of love for the land and of homage from art, it is that of the
Cerezales Antonino y Cinia Foundation, in Cerezales de Condado, a small town 30 kilometers from León. And beyond the story of its inspirer (the businessman Antonino Fernandez, the creator of the famous Coronita beer) is the result of this entrepreneur’s commitment to endow his land 12 years ago with a cultural and educational institution, the absence of which once forced him to build the Americas.

In a second stage, the one started in 2017, with the rehabilitation by Zaera-Polo and Maider Llaguno From some old town schools, the foundation has an ‘ecofriendly’ headquarters from which to promote contemporary art, sound art, ethno-education and the possibilities of rural areas. Until the end of November, they confirm it Jorge Yeregui, Irene Gray Y Juan Lopez with the exhibition ‘A punto de ser nada’, curated by Alfredo Puente, in a construction analysis of the surrounding landscape.

This year, creators; authors like Mona Hatoum, Cristina Lucas, Kiki Smith or Claudia Comte. “It is about escaping from the gallery, allowing other types of collaborations and generating synergies with local artisans, who participate in the elaboration of the works,” their directors say. Seven years ago they said we were crazy. Now, after confinement and in the midst of a pandemic, ours reads like a luxury, an excellence.

If we look to the north, things have also been done and are being done there, in the wake of the CDAN of Huesca o la
MNAC Foundation in Vejer de la Frontera. The Asociation Inside Field For years, it has been connecting artists with men and women from the countryside through initiatives with institutions such as the MUSAC O It’s Baluard. In fact, since 2018 they have a physical headquarters in Madrid at the Center for Arcelaje a lo Rural.

For its part, the collective Nexodes (with agents like Tania Blanco, Bettina Geisselmann, Gerardo López or Salim Malla) was born in 2017 with the aim of putting in value for art alternative spaces in territories of the periphery of Asturias and Castilla y León, fundamentally. Since 2018, converted into a non-profit association, they manage Nexo990, a space for contemporary creation in Monzón de Campos (Palencia) in which this summer they will display their works Ana Frenchilla, David Herguedas Y Julio Mediavilla. In September, the stage will be Portillo, in Valladolid and the intention is to value ceramics hand in hand with artistic creation and the call for 20 authors.

The rural thing is not that it is fashionable: it is that it is necessary and every day we have it closer.