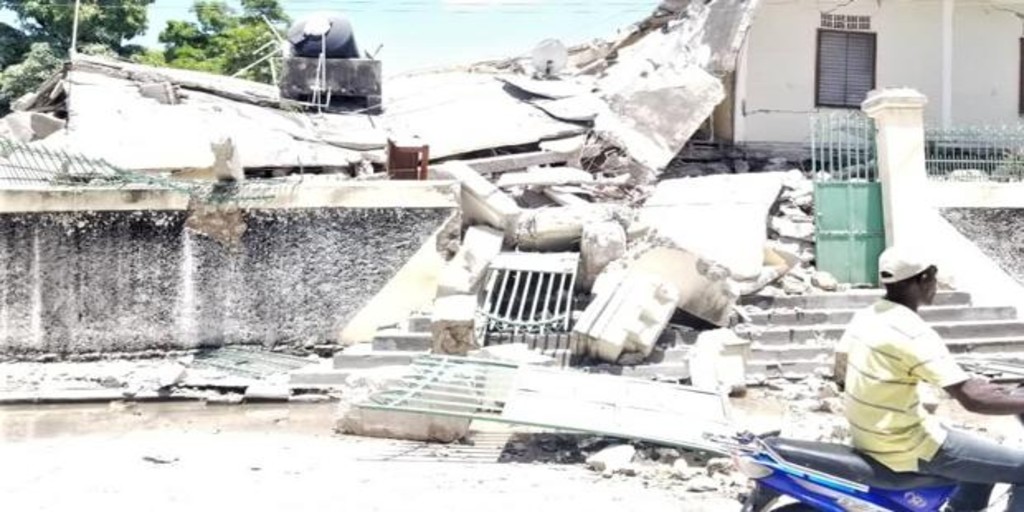 Caritas Diocesana of Toledo has joined the Caritas Espanola Emergency to help the thousands of victims affected by the 7.2 magnitude earthquake on the Richter scale that struck southwestern Haiti last Saturday, August 14.

For this reason, the Campaign has been opened
‘Caritas with Haiti’, making available two specific bank accounts to make donations that will be used for relief efforts for thousands of victims, reported in a press release.

Once again, as reported by the International Cooperation Area of ​​Cáritas Española, Haiti has been hit by a natural disaster that so far has left 1,300 fatalities and more than 5,900 injured, although this figure is expected to increase in the next weeks.

🔴The Caritas network is mobilizing to coordinate its urgent humanitarian response to the serious effects of the earthquake that struck the Les Cayes and Jeremie area in Haiti last Saturday. # CaritasConHaitíhttps://t.co/w8YkGVqFf3

This earthquake took place at a time when different crises intersected in Haiti. For two years there has been a political blockade and great power vacuums both at the national level and in the different regions.

More than 40% of the population was already food insecure at the time of the earthquake. Large numbers of displaced people are expected in the coming weeks and food security deteriorates.

“This new natural disaster hits Haiti 11 years after the devastating earthquake that hit Haiti on January 12, 2010, killing 300,000 people, leaving more than a million homeless and displacing another two million. Likewise, according to the information sent by Caritas Haiti, the earthquake has also left hundreds of injuries and significant material damage, “they have warned from Caritas.

On the ground, teams from the Caritas local authorities have begun to distribute emergency aid to the victims, to quantify the extent of the damage and to assess the most urgent needs in the short and medium term, amid the general uncertainty and fear generated by the aftershocks of the earthquake that have been repeating since last Saturday.