Japanese Grand Prix suspended for the second year in a row 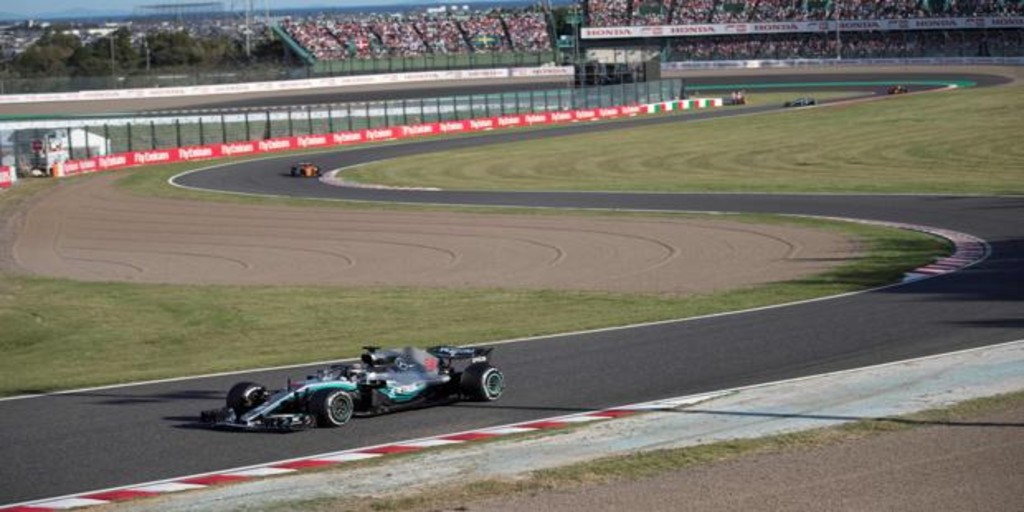 The Japanese Formula 1 Grand Prix, which was to be held in Suzuka (center) on October 10, was canceled for the second year in a row due to the health situation in the country, organizers announced on Wednesday. After conversations “with the authorities of Japan, the decision of the Japanese government was to cancel the race due to the difficulties related to the pandemic,” the US firm wrote in a statement. Formula One, which organizes the championship.

Formula One is now preparing a “revised schedule” for the season and “will announce final details in the coming weeks,” the statement added. “Formula One has shown this year, and in 2020, that we can adapt and find solutions “adapted to the circumstances,” he recalled. The pandemic, which forced the cancellation or delay of most international sporting events in 2020, has already caused the suspension of the Formula 1 GPs initially planned in Australia, Canada, China and Singapore.

The MotoGP Japanese Grand Prix, which was also to take place in October, had been canceled at the end of June for the same reasons. Suzuka circuit, which has the peculiarity of having a figure of eight and has a bridge over the track, has hosted 31 Formula 1 GPs since 1987. It is one of the emblematic tracks of the F1 World Championship.

In April, Japanese promoters and F1 bodies had announced that the race would remain at this circuit until at least 2024. This announcement is a blow to the Japanese manufacturer Honda, who will leave Formula 1 at the end of this course. Its engines currently power Red Bull and its sister team Alpha Tauri.

The Dutch pilot Max Verstappen (Red Bull) He is currently second in the drivers ‘standings (187 points), behind Britain’s Lewis Hamilton (195), while Red Bull is hot on the heels of Mercedes in the constructors’ standings. Honda is also, through a subsidiary, the owner of the Suzuka circuit, which has hosted the F1 Japanese GP without interruption since 2009.

“It is a pity that for the second consecutive year it is not possible to organize the Japanese GP at Suzuka“Lamented the Japanese manufacturer in a statement.” We are especially disappointed because this is our last year in Formula 1 and we know that many fans were looking forward to this event, “he added.

Japan just organized the Olympic Games, held behind closed doors, and is preparing to host, under identical conditions, the Paralympic Games, which begin on August 24. The country has faced its worst coronavirus wave so far since the end of June, especially due to the effect of the Delta variant.

In mid-July, a state of emergency was decreed in part of the country, including Such, for the fourth time since the beginning of the pandemic. The F1 calendar this year is made up of 23 Grands Prix, 12 of which have already been contested. Next up is the Belgian GP on August 29, which will be followed by the Dutch GP, with limited seating at Zandvoort, and the Italian GP at Monza.

To mitigate the cancellation of several traditional races from the calendar, in December a Grand Prix is ​​planned for the first time in Saudi Arabia. There is also a GP on November 19-21, but where it will take place has yet to be officially announced.