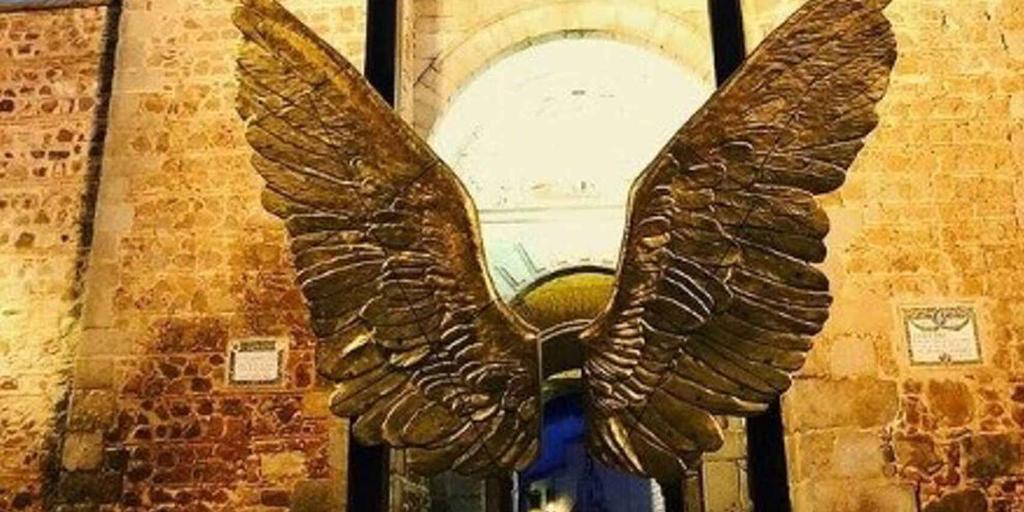 This weekend will be the last that you can enjoy the Wings of Mexico, the masterpiece of the artist Jorge Marín who wears exhibited at the Puerta de Bisagra since October 2020.

Anyone who wishes can come to see it and be photographed with them until next Sunday, August 22, since on Monday 23, first thing in the morning, it will be withdrawn.

In a press release, the Mexican sculptor’s foundation has highlighted that during the almost 12 months that it has been exposed in this enclave, the sculpture has received thousands and thousands of visits from people from all over the world, despite having coincided with the pandemic. , months during which the city of Toledo has considerably reduced its number of visitors.

Likewise, during all this time, the space occupied by the sculpture, with the collaboration of the Toledo City Council, has served as a double stage, receiving visitors from the Alas de México and hosting multiple events around it, such as open-air concerts, online workshops, international competitions, interviews with personalities.

The director of the Jorge Marín Foundation, Elena Catalán, has shown gratitude, on behalf of the artist Jorge Marín and the Foundation, “to the people of Toledo for hosting the work and having made it their own.”

«The passage of the wings through this heritage city has become a meeting space through a contemporary art project that was thought for them. In addition, the activities that we have carried out around the work have allowed us to interact with the community in a very active way, connecting the inhabitants with the ideas of hope and freedom ”, he assured.

The Wings of Mexico have traveled thousands of kilometers so far and, after leaving the imperial city, their next stop will be Burgos, where they will land on August 26, to stay for six months and leave the mark of a unique and ephemeral sample there.

In this way, the Jorge Marín Foundation continues with its work to promote the creations of the Mexican artist in public spaces in cities around the world, not only because of what it contributes on a cultural level, but because its works invite reflection on the art and have a very important role as a trigger for objective thoughts, promoting different readings about being and the environment.

Once this activity has concluded, the foundation is already preparing its next projects that will see the light of day next October. Among them is the short film ‘Cosmic Twins’, an animation film whose protagonists are inspired by sculptures by the artist Jorge Marín, which will be screened at Matadero Lab.

This initiative will have international projection and will premiere in Southeast Asia on August 30 and in Mexico on October 16.

In addition, an origami workshop is also confirmed, also for autumn, by the hand of Javier Caboblanco. This primary school teacher, considered the magician of paper, is the creator of the ‘System C’ of origami, which consists of forming figures using four pieces that begin with the letter c: square, comet, body and head.