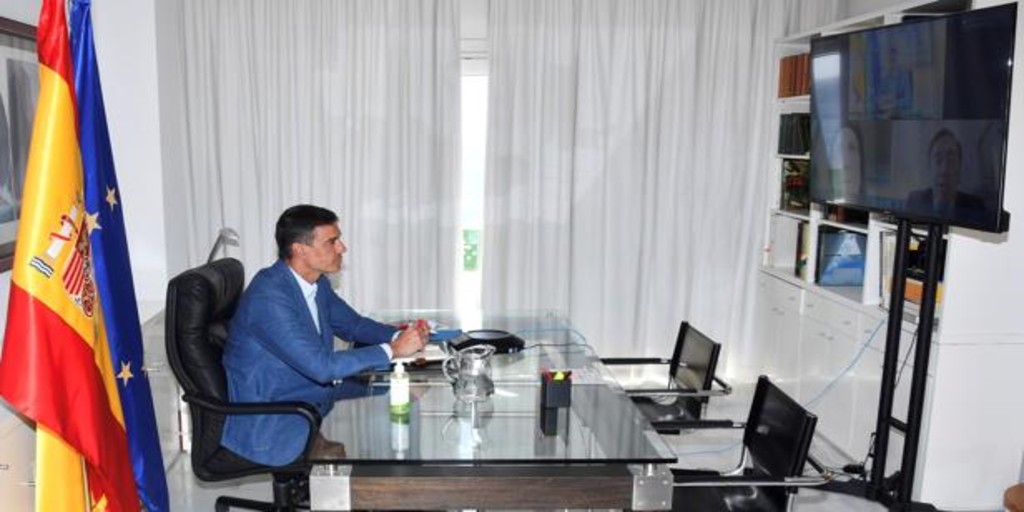 The president meets with the foreign and defense ministers by videoconference and we find out on Twitter that it is like getting married by proxy and instead of planting a kiss on your wife, sending a telegram to your mother-in-law. The president meets, yes, but only from the waist up. From the waist down he (He?) Is still on vacation, relaxing like one of those Errejones of the bunch, the kind who need time to themselves. When you are president you don’t have time for yourself. And much less do you need to disconnect, of course, like a stressed influencer, that is. But that’s only when you’re president. And it is that from the table down and from Carmen Calvo backwards, he

it is only Peter, Peter of flesh and blood, Peter who eats ‘comtessa’. On the other hand, from the table to the sky and from that motion until today Sánchez, Sánchez I of Tetuán, Sánchez of brown and gold, with that smile like a ‘boy scout’ who had just caught the joke that they told him before last night arises .

As Rick said in Casablanca: “The world is collapsing and we fall in love.” The West may already fall, an international mission may already collapse, we can already have the Army and its translators in a delicate situation that Pedro Alpargata is still in La Mareta, resting, sunbathing and practicing the ‘mindfulness’ of his days and my nights. Merkel brings together the emergency parliamentary groups and appears before the media. Macron makes an institutional statement after coordinating with Johnson, who convened Parliament yesterday and announced an imminent G-7 summit. Italy appears at a press conference to report, and all of them cancel their vacations, but Sánchez –Don Pedro de Lanzarote y todos las Marismas–, to his things, to rest, without stress, without ever losing the script or the thread of good news. Kabul is still a difficult and inherited affair, and he is to other things, to beautiful and soft things, which have little of the Taliban and a lot of warm coves.

Theirs is a freshly painted world, the bubblegum pink world that ruminant Spain chews. From the other world, the djellaba brown one, the one with the Taliban ocher filter, let Borrell take charge, that’s what he’s here for. Or the Emeritus, who knows about Arabs. Or NATO or Jemad or Florentino. But, for God’s sake, don’t bother with these minutiae. That in the end it’s up to him to call Biden. And it will make you laugh.