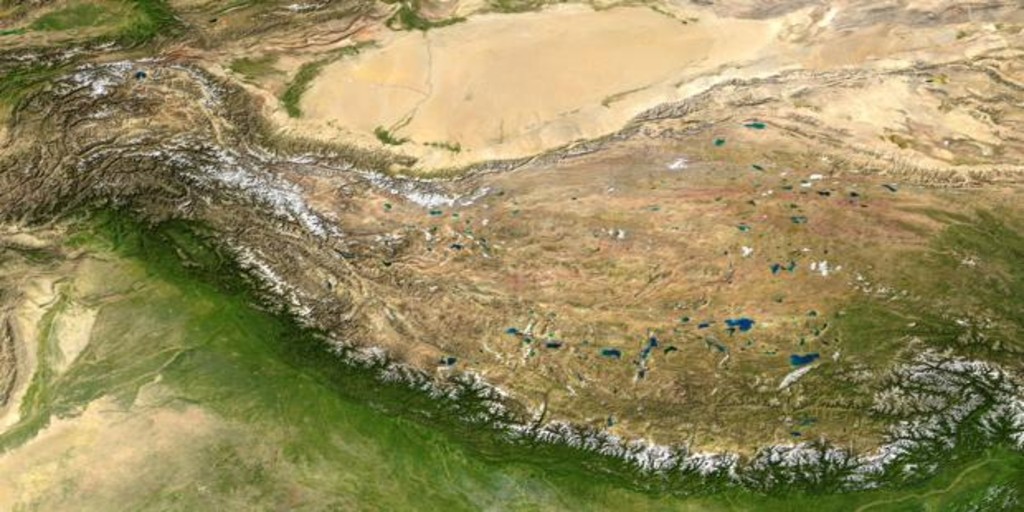 Looking at the stars at night is not as easy as it seems. Not at least if what you are looking for is to discover the mysteries of the universe from the populous and illuminated planet Earth. That is why, more and more, astronomers are striving to find the best places to build the next-generation telescopes with which to continue to scrutinize what is ‘out there’ without leaving home. And there are only a handful of places around the world that qualify. But a new study highlights a promising new location: the tibetan plateau. The article has just been published in the magazine ‘
Nature‘.

As the third pole of the Earth‘-because together with the Himalayan, Hindu Kush, Pamir and Tien Shan mountains, they contain about 50,000 glaciers that feed important rivers such as the Indus, Brahmaputra, Ganges, Yellow and Yangtze-, the Tibetan plateau is located to some 4,000 meters on average above sea level, which gives it “very good opportunities for astronomy and particle astrophysics”, say the researchers, who have been analyzing a specific mountain for three years, Saishiteng, near Lenghu City, Qinghai Province. «The altitudes of potential locations are between 4,200 and 4,500 meters», They affirm. And the site where you could start building spans more than 100,000 square kilometers.

But its advantages do not end there: of all the nights in which its sky was scrutinized, the 70% were clear. Besides, the variation of the temperature is only 2.4 degrees -so the local air is very stable- and has a dry climate (with a precipitable water vapor below 2 millimeters during 55% of the night) that would allow the installation of highly sensitive technology outdoors. And, in addition, according to the authors, it would contribute to closing the astronomical gap between East and West, since most of the large observatories are located in the Western Hemisphere.

This is the case, for example, of the telescopes installed in the White Mountain, the Hawaiian volcano that also shares many similarities with the top of Saishiteng, such as the clarity of its skies or the altitude. However, in recent years, the infrastructure has faced several controversies, such as its environmental, geological and even cultural impact – it is a sacred ground for local tribes, who have repeatedly protested its location. Something that could also affect the future observatory on the Tibetan plateau, since for many of its inhabitants, disturbing some mountains and glaciers is synonymous with catastrophic consequences.

“Additional infrastructure will be needed to develop this site and conduct further testing,” the researchers say. However, the identification of the Tibetan Plateau as a new high-quality astronomical observation site is a promising advance in the search for suitable locations for ground-based observatories to host very large telescopes. ‘