The 52 most Spanish Super Series are back 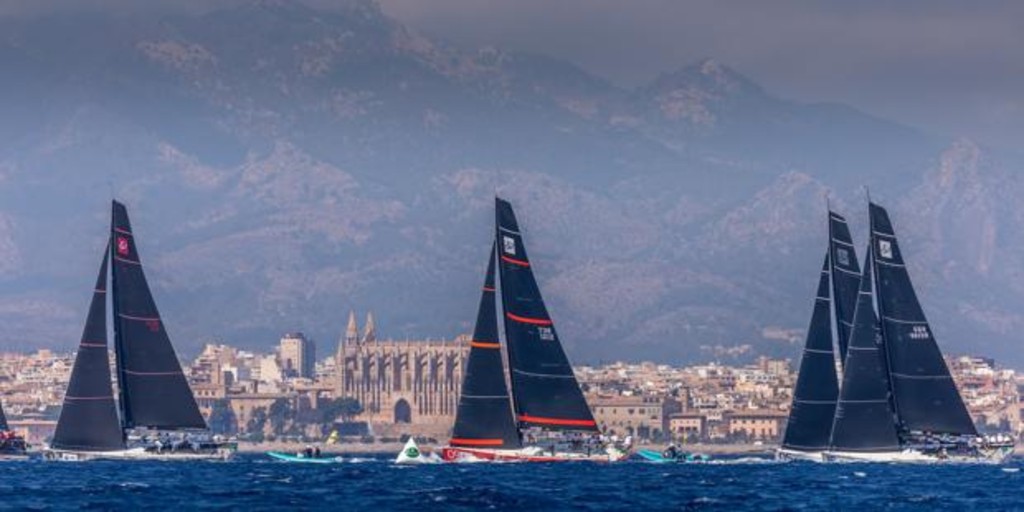 When the 52 Super Series, the world’s best circuit for monohull boats, kicks off next week, the favorites box will be blank. The regatta will be held in Puerto Portals from August 24 to 28 with official training sessions on the 23rd. After 18 months of absence, the circuit returns through the big door with the Puerto Portals 52 Super Series Sailing Week & TP52 20th Anniversary Invitational Regatta and it does so with an impressive fleet of 16 ships and with the impossibility of nominating a single candidate for victory.

Nine latest generation sailboats of the TP52 class will be the ones that will fight for the victory in Portals and in a season that has a total Spanish accent since the three scheduled tests will be held in the Balearic Islands. All nine have not competed on the circuit since March 2020 in Cape Town. In addition, this fleet is exceptionally joined by seven other TP52s arriving to commemorate the 20th anniversary of the world’s dominant box rule class.

After the long hiatus of 52 Super Series, the team that finds its maximum performance curve as quickly as possible will almost certainly be the favorite. The difference between winning and finishing in the tail of the fleet is decided in seconds, in centimeters. The winning advantage is often due to good communication and perfectly coordinated maneuvers, a small increase in boat speed here and there thanks to clever adjustment of the sails when the wind speed rises or falls. The lack of competition and the inevitable ‘rust’ can be decisive and that is what the crews will have to avoid or dampen.

Doug de Vos, the owner who has won the circuit four times with Quantum Racing, celebrates the return to his boat of the charismatic Terry Hutchinson and five other sailors who have returned to the sailboat after their two seasons in the America’s Cup. De Vos will carry the rod of his TP52 and will welcome Argentine strategist Lucas Calabrese, who was bronze in 470 at the London Games, on his stern.

“There is nothing quite like competing in 52 Super Series. I am delighted to see the fleet back in the water. What I like the most is that we have Terry back and seeing him in action is incredible. In addition, this season we are going to see a great competition in tactics with the return of Vasco Vascotto and Ado Stead among others … Chess, which is the game of sailing tactics is something incredible and I think that 98% of the fans of the Sailing is something they love to see and enjoy ”, says Ed Reynols, Quantum Racing project manager.

And yes, Vascotto is back after three seasons off the circuit. You will sail with Vladimir Liubomirov’s Brononosec and accompanying Morgan Larson in the stern. It will be one of the teams to take into account for the final victory of the short but exciting season.

The stern of Tony Langley’s Gladiator has also been nicely reinforced. With a 100% British crew, the owner has put the icing on the cake with the arrival of Finn’s gold medalist in Tokyo, Giles Scott, who will be accompanied by Paul Goodison.

The Plattner family’s Phoenix also has a star-studded team. And the great signing of this season is the Australian Tom Slingsby who will go in the tactic with Tony Norris at the helm. The Australian has just won the ClubSwan50 class in the Copa del Rey and the race course in the Bay of Palma is very fresh.

In Sled, with the rod of the owner Takashi Okura, they have also been reinforced with young sap in the person of New Zealander Josh Junior who is one of the best ‘Finnists’ in the world.

And we must not forget Andrés Soriano’s Alegre who arrives in Puerto Portals well trained. They have done two rounds of practice with other teams in Valencia this summer and have just won the Copa del Rey again in the IRC class in one of the most competitive classes in the six-day regatta in Palma. His strategist, Nic Asher, explains: “We are in good shape after not having competed in so long. Being together again is a great feeling. Going to Palma and trying new things has been important. And besides, we won! ”.

The Interlodge of Austin and Gwen Fragomen returns to the 52 Super Series with a strong team that includes Tony Rey, Rod Dawson and the Catalan Juan Vila in the rear, competing with the former Azzurra, the 2019 champion boat, a guarantee.

Meanwhile, the successful stern companions on the Provezza de Ergin Imre – where helmsman John Cutler has Hamish Pepper as tactician and Nacho Postigo as navigator. The same happens in the double world champion Platoon, where Jordi Calafat and John Kostecki are combined. The Provezza can gain a speed advantage in certain conditions by having a new club, the most modern in the fleet.

Welcome to The Invitational fleet!

Seven teams have answered the call to compete and celebrate the 20-year history of TP52s in the Mediterranean. Perhaps the most successful in recent years is Karl Kwok’s Beau Geste crew, led by Gavin Brady, but Marco Serafini’s XIO of Italy was the 2019 ORC world champion, triumphing in Sibenik ahead of the Air is Blue by Roberto Monti. The newcomers to the class are the former Team Vision Future, with a Thai flag.

And from Saint Tropez, France, comes Gerard Logel’s Arobas. A team that does ocean tests like the Rolex Giraglia as well as poles such as the Copa del Rey.

The fleet is a fascinating mix of professionals, semi-professionals and amateurs looking to enjoy a good week of racing and some have already indicated that they would like to dive into the waters of the 52 Super Series in the near future.