The six news that you should know today, Wednesday, August 18 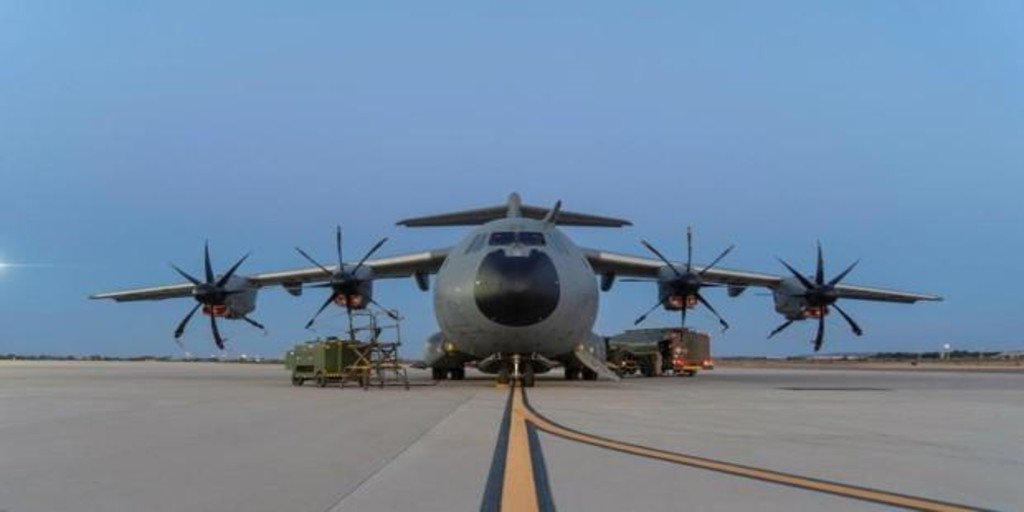 1. The rapid action of the European hard core reveals Sánchez. Three messages on the social network Twitter to record the takeoff of the A400M aircraft from the Zaragoza base and their arrival in Dubai. This has been the public presence of the Prime Minister, Pedro Sánchez, before Spanish society to address the crisis in Afghanistan, where 25 Spaniards are at the Kabul airport awaiting repatriation; as well as collaborating Afghan personnel whose number is still undetermined but stands at 400. No appearances, no press conferences. A silent plan, with minimal wear and tear in the face of what may happen and also conditioned by his summer stay in Lanzarote, which will end next week as the first Council of Ministers meets on Tuesday after the Government holidays. This lack of presence was criticized by the opposition parties while other European and international leaders converse, summon their chambers and publicly report on the initiatives of their governments.

2. The US organizes the departure of thousands of Afghans with the Taliban. The Taliban sought to offer an image of moderation and control of the situation on Tuesday, two days after entering the Afghan capital, Kabul, and having taken control of the country. They did so at a press conference full of promises and good intentions, but in which it was made clear that strict adherence to Islamic law will dominate public life in the country from now on. «We forgive everyone, everyone who has fought against us. We do not want to repeat another conflict, another war, and we want to end the reasons for the conflict, “said Taliban spokesman Zabihullah Mujahid. The US authorities have entered into talks with the Taliban to organize the departure of Afghans who cooperated with them. “The Taliban have told us that they are prepared to offer safe conduct to civilians on the way to the airport,” said Biden’s national security adviser, Jake Sullivan. He added that there is no specific evacuation period, but that the estimate is that “it will go until August 31”.

3. The uncollected VAT, the ghost tax and the other grievances that Ayuso claims from Moncloa. A veritable rosary of complaints mark the relations between the Government of Madrid and the central one. In reality, the protests are almost exclusively one-way: they range from the regional to the national administration. Madrid claims money from the Ministry of Finance that was not paid VAT, or was wrongly calculated in payments on account; considers that they will be given less funds than their due from the arrivals from the European Union for the recovery after the pandemic; and calls for a more equitable treatment in the General State Budgets. In the opposite direction, some insinuations about the inadequate taxation applied in Madrid, and a general feeling that the flame of discord is continually being fanned by a “policy of constant confrontation.”

4. Calviño faces Ribera, Bolaños and Unidos Podemos for the future public electricity company. New clash between the two Government partners. Even between two vice-presidents and a minister from the socialist team. In this case, because of the intention of United We Can to create a public electricity company with the hydroelectric plants that are ending their administrative concession, a process that will take about twenty years. This glove had recently been picked up by both the Third Vice President and Minister for the Ecological Transition, Teresa Ribera, overwhelmed by the spectacular increase in electricity prices in recent months, and by the Minister of the Presidency, Félix Bolaños, a new ‘man strong ‘of the Cabinet of Sánchez. Given the obviousness that this initiative will not serve to lower the record prices of electricity in the short or medium term, the First Vice President and Minister of Economic Affairs, Nadia Calviño, questioned yesterday in Cádiz the usefulness of promoting a public energy company to combat escalating prices.

5. Spaniards in Vietnam ask for vaccines and help against Covid. In general, vaccination against the coronavirus depends on the Government of each country, both for its nationals and for foreign residents. But Vietnam, suffering from a severe spike in the epidemic and a pressing vaccine shortage, opened the door in June for other governments to immunize their own citizens through their embassies. This has been done by France, which at the end of July began a program to vaccinate its 5,000 nationals both in the capital, Hanoi, and in Ho Chi Minh City, its most modern and developed city. As this initiative has been limited only to Gallic subjects, it has been viewed with admiration and a pinch of envy by the other foreigners living in this beautiful Southeast Asian nation. Among them the almost half a thousand Spaniards, very concerned about the worsening of the epidemic in recent months.

6. Pau Gasol maintains doubts about his withdrawal from the courts. Days go by and the opening of the ACB season is approaching. The draw for the crosses of the Super Cup began yesterday to the countdown to the start of the course and with it the clock is also accelerated to know the future of Pau Gasol, whose sports career is still in the air waiting for him to decide whether continues for another year or if he hangs up his boots definitively after more than two decades as a professional. The pivot went on vacation ten days ago and did it with homework. After confirming his retirement from the national team after the elimination of Spain in the Tokyo Games, Pau assured that he needed time with his family to decide what to do with his future. Decision that has not yet been communicated and that keeps the world of basketball and Barcelona in suspense, already back at work with the uncertainty about the continuity of the Catalan player.