The Navalacruz fire, stabilized but at risk after five days of flames 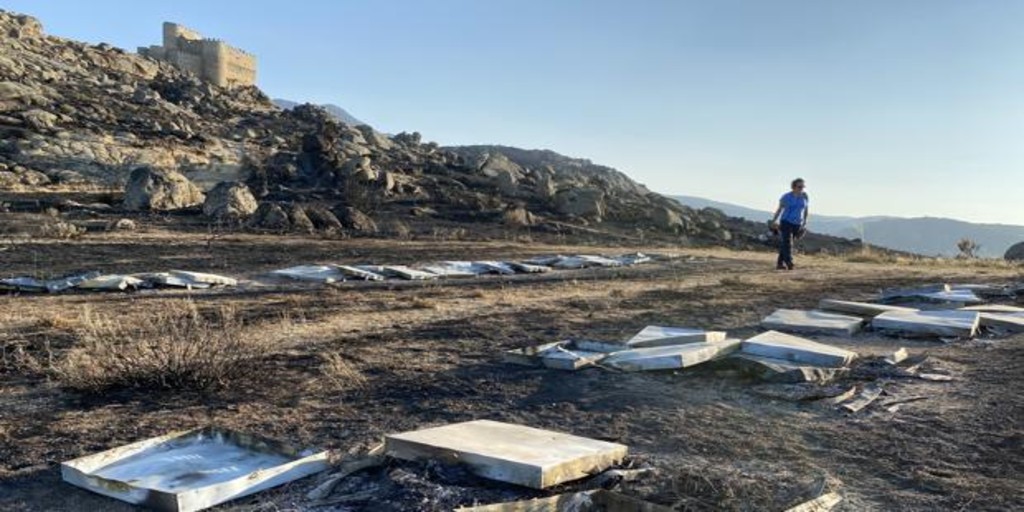 The worst fire that the Community remembers, which originated last Saturday in the Avila municipality of Navalacruz, is not yet controlled, although it is considered to be stabilized and not progressing. Even if level 2 danger has not yet been lowered, the flames have disappeared and the efforts of the extinguishing services, which in the last hours have been reduced, are focused on controlling the hot spots and preventing the fire from being reactivated. The Territorial delegate of the Board in Ávila, José Francisco Hernández, confirmed yesterday that all affected roads are open and the relocation post has been dismantled located in the municipality of Burgohondo.

Now is the time to take stock of the ecological and economic disaster that the fire has caused in a large area of ​​the province of Ávila, since, with a perimeter of 130 kilometers, it has affected both slopes of the Sierra de la Paramera, in addition to part of the Alberche Valley, located to the south. There is still no official data from the Board on the affected area, although the European Copernicus system estimates that 22,000 hectares. However, the Minister of Development and Environment, Juan Carlos Suárez-Quiñones, assured yesterday in León that “it is too early to determine” the affected area, since “for the moment the fire is stabilized without flame, but with some reproduction inside”. Thus, the determination of the surface will be carried out by aerial means “once the fire is declared controlled and closed in its perimeter”.

What have already arrived are the announcements from the administrations and Suárez-Quiñones himself assured that the Board is already working on the creation of the restoration plan for the affected area, for which contact has been maintained with the mayors, reports Ical. A plan for which “it is very early to make an economic estimate” and which will include the restoration of the supply of pastures for livestock, protection of aquifers and water catchments, extraction of burned wood, and the reforestation of the wooded parts.

The director assured that the objective of the Board through said plan will be “Leave the area in the state it was before the fire”, for which he considered that “the Government of Spain will also have to participate.” Suárez-Quiñones explained that the Navalacruz fire “is going to be one of the most extensive that has occurred in the history of Castilla y León.” Until now, the Castrocontrigo (León) fire in 2012, which burned more than 12,000 hectares, ranked first, although “the difference is not only in the extension but also in the quality of the burned surface.”

Another action front to face the dramatic consequences of the fire is in the Ministry of Agriculture and Livestock. Yesterday, the general director of Rural Development, María González, announced that “all farmers and ranchers affected by the devastating fire are guaranteed to receive the aid of the PAC 2021”. In this sense, he recalled the priority of Castilla y León to make advance payments, in the highest percentage possible, from the first business day, which is October 16.

María González and the territorial delegate of the Board in Ávila, José Francisco Hernández, met with the provincial leaders of the professional agricultural organizations to learn first-hand about the needs of the affected ranchers and farmers. During the meeting, the general director said that “the Ministry will provide all its support and the necessary collaboration to professionals in the agricultural sector who have suffered the consequences of the passing of the flames on their farms.” González confirmed that “the priority is to give an immediate response to livestock to guarantee food and water for the animals and, as soon as possible, we will make an assessment of the damage to be able to help professionals in whatever is necessary.”

The department of Jesús Julio Carnero estimates that more than 400 farmers, with more than 35,000 head of cattle, of 12 different localities in the province of Ávila, could benefit from the support measures that will be implemented.

But the truth is that the best response to the drama of the fire has come in the form of solidarity since offers have arrived from the entire province of Ávila and even from the Community to get the necessary food to the livestock. Yesterday, trucks with straw payments could be seen on roads in the area to the municipalities where the cattle have run out of grass and even without the forage they had stored. The Provincial Council itself in some cases has been in charge of coordinating donors and beneficiaries to get the merchandise to its destination.