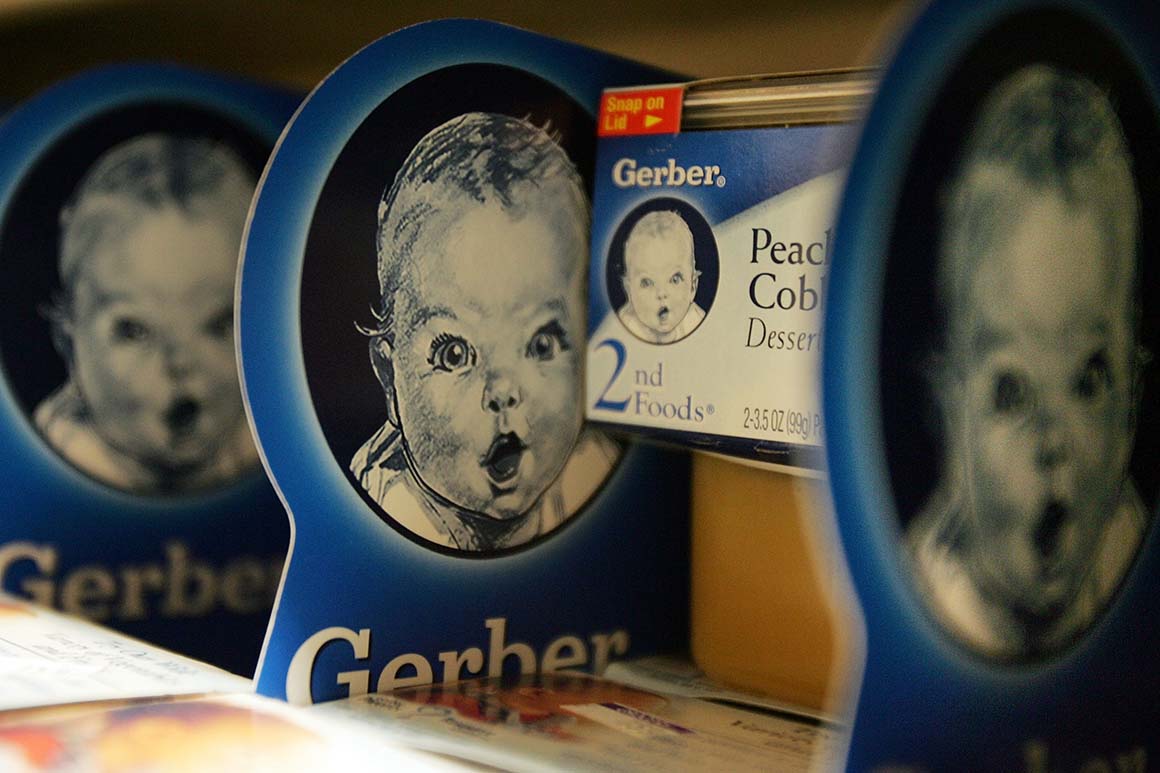 Brands under fire: The subcommittee’s latest report criticizes Beech-Nut for issuing only a partial recall and Gerber for not doing a recall at all after Alaska state officials earlier this year found that both companies had rice cereals on the market that exceeded FDA’s standard for arsenic. (Beech-Nut has since decided to stop selling rice cereal.)

A spokesperson for Gerber said company officials are reviewing the report. “We have set safety and quality standards that are among the strictest in not just the U.S., but the world,” the spokesperson said. “Because Gerber believes in only the highest standards, we have and will continue to fully cooperate with the congressional subcommittee inquiry.”

The panel also alleges that Plum Organics, another popular brand, sells products “tainted with high levels of toxic metals” based on testing data submitted by the company. Every Plum Super Puffs rice product that was tested from 2017 to 2019 exceeded 200 parts per billion of arsenic, according to the report. Rice puffs are popular snacks for babies and toddlers.

The FDA doesn’t have standards for arsenic in baby food, except for rice cereals, which are supposed to be below 100 ppb, per a standard finalized in 2020. The FDA standard for bottled water is 10 ppb.

Walmart, which sells its own private-label products, was heavily criticized in the report for weakening its own internal standard for inorganic arsenic, which for a time was more stringent than FDA’s. The company’s limit was 23 ppb until 2018.

Relaxing the company’s own standard was an “extreme course reversal on efforts to protect babies’ neurological development,” the panel said.

Sprout Foods, another major brand, was blasted for only requiring that its ingredients be tested for heavy metals once per year, a policy the subcommittee called “the most reckless testing practice among manufacturers on the market.”

Beech-Nut, Plum, Walmart and Sprout didn’t immediately respond to requests for comments Wednesday. The subcommittee said all five companies were cooperating with the panel’s inquiries to varying degrees, submitting data and other information to staff.

What the panel wants: The subcommittee is urging the FDA to speed up its work to set its first-ever standards for heavy metals across most baby food products over the next three years, a plan the agency unveiled in April after facing a barrage of criticism for acting slowly on the issue.

FDA quietly began looking into heavy metals in 2017 after an EPA study found that food was a surprisingly significant source of lead exposure for young children, as POLITICO previously reported.

The subcommittee is now pressing the FDA to go ahead and require baby food makers to test their finished products for heavy metals now instead of waiting for standards to be finalized.

The panel is also urging the industry to phase out any products that frequently test high in heavy metals, such as rice, which routinely contains higher levels of arsenic due to environmental contamination from pesticides used decades ago.

A food system problem: Concerning levels of lead, arsenic, mercury and cadmium can routinely be found in many foods, including rice, sweet potatoes, carrots, juices and spices. Crops can uptake the toxins from soils. Heavy metals are both naturally occurring and the result of widespread environmental pollution.

It’s a problem facing the food supply more broadly — not just in baby products — which means that parents cannot avoid heavy metals by making their own meals. Some experts think certain types of food processing could be making the metals more concentrated. There are also concerns that some vitamins and other additives used in products can be contaminated.

There’s a particular concern about foods served to babies and toddlers because they are more developmentally vulnerable. Even exceedingly small amounts of these neurotoxins can impede a child’s IQ, hinder brain development, lead to behavioral problems, increase cancer risk and raise the chances of many other diseases. Safe thresholds have not been set for most foods.

Looming legislation: Democrats on Capitol Hill are still backing legislation that would force the FDA to set strict limits for all four metals within a year.

The bill, which enjoys support from House Speaker Nancy Pelosi, mandates what those limits should be: 10 parts per billion for inorganic arsenic in baby food (15 ppb for cereal); 5 ppb for both cadmium and lead (10 ppb for cereal); and 2 ppb for mercury. The legislation has 21 co-sponsors in the House and five in the Senate.