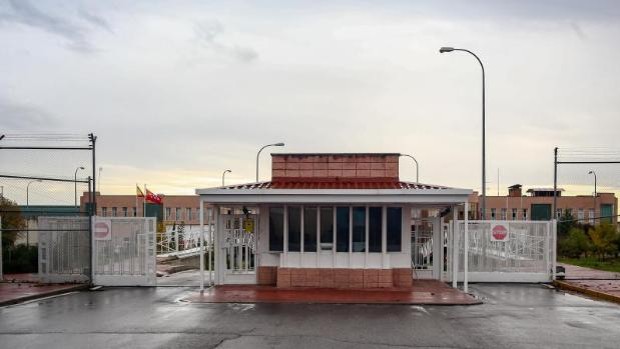 The Civil Guard has detained five officials from the Navalcarnero prison in Madrid throughout the day for allegedly introducing drugs and prohibited objects into the prison, sources from the investigation confirmed to ABC. According to ‘El País’, five other people have been arrested in the operation, some of them inmates who participated in the sale of drugs to other prisoners. Since this morning, arrests and searches began to take place and the operation continues open and under secret, so sources from Penitentiary Institutions have not specified how many officials are involved. This is the second operation of the same type carried out by the Civil Guard since June. Then agents from the Madrid Command detained four officials for bringing drugs into Valdemoro during the pandemic. The head of the Court of Instruction number 4 of Valdemoro decreed prison without bail for three of them and released the fourth although as investigated, as confirmed by the prison unions in a statement. Two of those investigated entered the Estremera prison, which has a module of officials (in which ex-commissioner Villarejo was present), while the third, a woman, was sent to Soto del Real, as confirmed by ABC in sources from the investigation. The sources consulted have not explained whether the two operations are related, although they follow the same pattern of arrests, locker searches of those involved with specialized dogs in the search for drugs, registration of any of the modules, and control of entrances and exits. of all the staff of the centers. In the operation carried out in June, the origin of the investigation was the testimony of two people, who appear as protected witnesses. In one of the cells tracked on that date, at least one mobile phone was located, an object whose possession and use is prohibited to inmates. In the operation that began this morning, several mobile phones are also being tracked that those involved would have sold to a prisoner. The first investigation began in full confinement after detecting that there was drugs in the Madrid jail despite the fact that prisons throughout Spain were closed tightly, without visits or exit permits in which some inmates and their relatives took the opportunity to introduce narcotics for all imaginable means. That supply was continued, supposedly, by officials now in prison, according to Civil Guard sources. After hearing the June court decision, the Valdemoro union sections appealed to the presumption of innocence and not to criminalize “the entire staff of the center.” They recall in their statement the “hardship, dangerousness and harshness of the environment” in which they work and ask that their credibility not be called into question. One in five inmates who died of an overdose died after a visit with their relatives or after returning from leave. During the pandemic, as reported at the time by Penitentiary Institutions, there were no deaths from overdoses in prisons, which evidenced the working hypothesis of how drugs enter the centers.