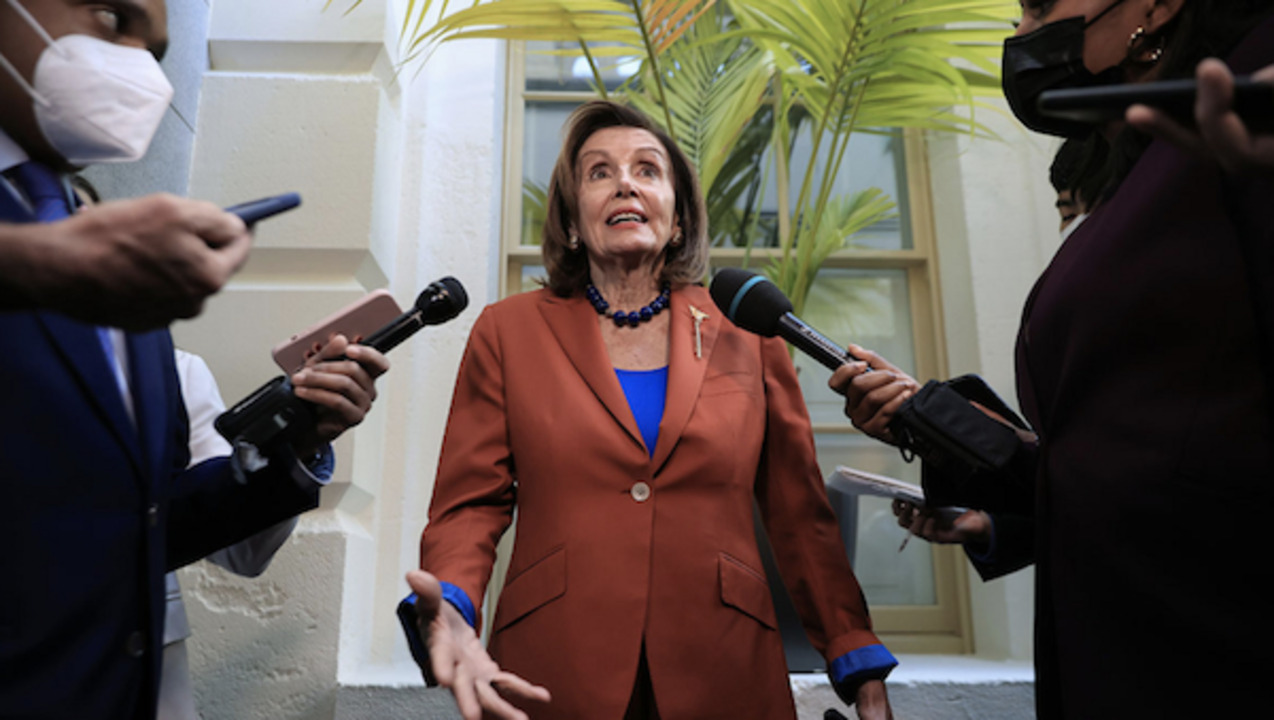 By lunchtime Wednesday, Democratic leaders had struck a deal with those centrists — led by Reps. Stephanie Murphy (D-Fla.) and Kathleen Rice (D-N.Y.) — to secure the votes for the debt limit raise. In exchange, Pelosi offered a vote on a measure that would essentially create a report card on the nation’s fiscal standing.

Still, the latest flare-up of tensions in the caucus comes as the speaker and her leadership team are struggling to corral votes for multiple crucial bills this week. Not only did Democrats need to head off a rogue group of centrists on the debt limit vote, party leaders are also scrambling to hold off a progressive rebellion against Biden’s infrastructure bill, with less than 24 hours before a scheduled vote on the measure Thursday.

As Democratic leaders escalated their attempts to keep their caucus in line, they brought in a key ally of President Joe Biden: Cedric Richmond, a former House member and now a White House senior adviser.

“The president is intimately involved in the negotiations. He helped write the bill,” Richmond told reporters as he left the meeting. “He is actively involved and this is important to him.”

But several Democrats have privately complained that Biden is too hands-off in the House as Pelosi and her leadership team struggle to get progressives to rescind their threats to tank the infrastructure bill Thursday.

In her private remarks, Pelosi urged her members not to publicly disparage Biden himself as he and Hill leaders worked to unify the caucus behind his two major priorities.

“You can be angry at me, but don’t be angry at the president. The president’s trying to do his best, he’s negotiating,” Rep. Henry Cuellar (D-Texas) recalled the speaker telling members. “I thought it was very big of her. That’s the sign of a leader.”

The California Democrat’s remarks comes amid her caucus’s increasing frustration with Biden, as they feel the president is spinning his wheels in an attempt to win consensus from Sens. Joe Manchin (D-W.Va.) and Kyrsten Sinema (D-Ariz.). The president led high-profile White House meetings with both Tuesday that ended without an accord. Sinema was expected to meet with White House staff again Wednesday.

The speaker told reporters she wanted legislative text of the social spending plan before the infrastructure bill came to a vote so she could continue to move them “simultaneously.”

“I think that if we come to a place where we have agreement in legislative language, not just principle, and legislative language that the President supports … because that’s what we are supporting, then I think we will come together,” Pelosi told reporters.

But Pelosi’s hands are effectively tied by Manchin and Sinema, who continue to resist efforts by Democratic leaders and progressives to commit to a legislative framework or total cost target for their spending bill.

But so far those hopes have yet to be realized, with Manchin dismissing Pelosi’s request for legislative text during a scrum with reporters Wednesday morning.

“That won’t happen. …We haven’t talked about figures at all,” Manchin told reporters.

“All we need to do is pass the bipartisan infrastructure bill, sit down and start negotiating in good faith, that’s it,” he added.

Several key progressive Democrats are upping their calls for Pelosi and her leadership to delay Thursday’s vote, including Sen. Bernie Sanders (I-Vt.).

“I don’t think there’s anything God-given about tomorrow,” Sanders told reporters Wednesday. “Let’s be clear, this is one of the most significant pieces of legislation in the modern history of America. If it passes on a Tuesday and not a Monday, or Thursday and not a Friday, it doesn’t matter. What matters is that it’s done and done well.”

But the most urgent threat for Democrats is the Thursday deadline to avert a government shutdown, as well as the looming debt crisis. The Senate is expected to take action on a government funding measure Wednesday that does not include the debt limit, which was ditched to garner necessary Republican support.

The House, meanwhile, could vote as soon as Wednesday on a measure to lift the debt limit, after Pelosi and her leadership team secured the votes of a handful of moderates who were balking at the maneuver.

The speaker promised those centrists a vote in the near future on a bill from Rice, which would establish a “fiscal state of the nation” report. Sinema authored a companion bill in the Senate.

In exchange, the centrists will back any future vote needed to raise the debt limit — including potentially attaching it to the party’s broader social spending package. The purpose of the dispute, those Democrats privately said, was to remind their colleagues of the political ramifications of the issue back home, and to force a discussion within the party.

Party leaders have refused to reveal a backup plan to hike the nation’s borrowing limit, though Senate Republicans continue to block efforts to do so on the floor. Even so, it is the one area that top Democrats have projected the most confidence in their ability to resolve the hangups.

However, he and Pelosi were less bullish on the infrastructure package’s Thursday vote.

“Well, we take it one step at a time,” Pelosi told reporters.