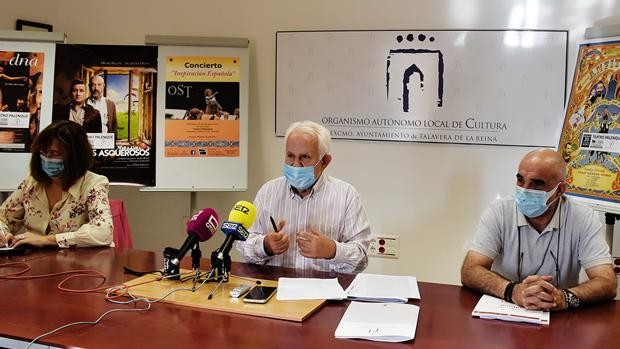 This Wednesday the cultural program organized by the City Council of Talavera for the last quarter of 2021 was presented and which “will be located in the different cultural spaces that are managed by the Local Autonomous Organism of Culture.” At the Palenque Theater there will be up to 13 shows, “with a lot of variety and plural proposals” such as theater, dance, music, ballet, magic, circus, monologues and musicals. October will begin with ‘Los asquerosos’, theatrical adaptation of the novel by Santiago Lorenzo. In addition, the public will also be able to enjoy during this month the flamenco dance of Rafaela Carrasco, who presents ‘Ariadna’; a concert by the Talavera Symphony Orchestra; and the family musical show ‘I love Rock and Roll’. In November, it will be the turn of ‘Open Doors’, a theatrical performance starring Cayetana Guillén Cuervo set on the night of the attacks on the Bataclán Hall in Paris. Pablo Ibarburu will arrive with his monologue ‘The work of Pablo Ibarburu’; there will be the production ‘Afitrión’, of the International Festival of Classical Theater of Mérida and starring Pepón Nieto and Toni Acosta, among others; and the month will close with the musical show ‘Maestríssimo’, by Yllana. Meanwhile, in December it will be the turn of ‘The Nutcracker’, from the Russian National Ballet, the premiere of the magic show ‘Voilá!’, By Estefanía Galera from Talavera, semifinalist of the Got Talent Spain program; from Mayumaná, who will arrive with his new percussion and dance show ‘Currents’; and the musical ‘We Love Rock’, by Yllana. Other spaces On the other hand, in the Ethnographic Museum, in December, the conferences’ America, Spain and Talavera, roundtrip cultural paths’, ‘The Spanish black legend and Bernardino de Talavera will be held. From soldier to pirate ‘, and’ A journey in search of Christmas: Jerusalem ‘in the month of December. Likewise, there will be a gymkhana about ‘the secret of the Jerónimos’, in addition to medieval music concerts by Ensemble Musicantes and Renaissance Music in the Iberian Peninsula from Tomás Luis de Victoria to Francisco de Peñalosa. As for the Rafael Morales and El Salvador cultural centers, there are now two exhibitions from the School of Art and another called ‘Expression of Hope. A commitment to people living with rare diseases. ‘ Later there will be a call ‘I need a massage’; one of poetry and illustration, by Rosa Martínez; another about the Spanish poet Pedro Salinas; another in collaboration with the Taboracrom association and a last one under the title ‘María Puebla’. Finally, between November 15 and 22, an activity called ‘Memory Experience’ will be held in the four libraries of the city, which will be a tribute to the recently deceased poet Joaquín Benito de Lucas. Likewise, the bebetecas, different workshops or reading clubs will be retaken.