The gift of sobriety 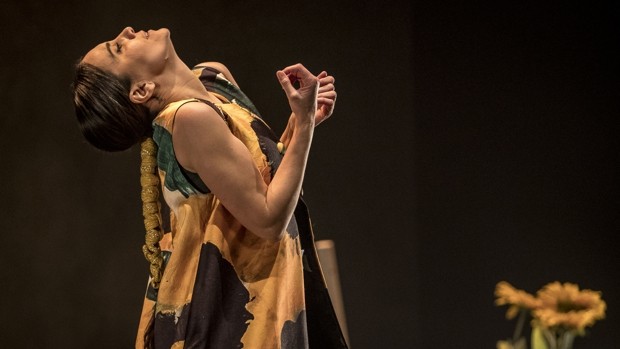 Critical Assessment4 ‘Ariadna’ Teatros del Canal, Madrid When, nearly forty years ago, Spanish dance and flamenco met Greco-Latin myths in the emblematic ‘Medea’ of Granero, Narros and Sanlúcar, a new path was opened through the one that our creators have gone through with different fortunes. Classical mythology continues to speak to us closely because its stories explore the human soul, which has not changed over the centuries and which equates us despite our different geographical origins. It is not surprising, then, that Rafaela Carrasco, a creator and performer who has always shown her concern and her desire to grow, has turned her gaze towards one of these myths, that of Ariadna, the daughter of King Minos of Crete, who helped Theseus out of the labyrinth in which he defeated the minotaur and which was later abandoned by the hero. For this trip, the bailaora and choreographer has decided to be accompanied by Álvaro Tato, a playwright who knows the classical world perfectly and who has the poetic height necessary to transport to the particular language of dance a story like Ariadna’s, as well as a proven dramatic vision. From this point of view, Rafaela Carrasco and Álvaro Tato, with the complicity of Gloria Montesinos (author of the scenography and lighting), have achieved an effectively sober show, which flees from all entanglement, which does not want to tell a story in a linear way but go through the facts to focus on feelings such as hope, love, fascination, innocence … And loneliness, deception, disappointment, heartbreak. All this is between the steps -where Antonio Gades said that the truth of the dance was-, in a magnificently armed choreography from the dramatic point of view. The dance is at the same height, with the good support of a ‘classical’ formation: two guitarists, two singers and a clapper. Rafaela Carrasco is a sober, thorough and precise dancer, who combines in her dance the most deeply rooted tradition with the modernity of a 21st century performer; It also has presence, beauty of movements, and a wisdom learned on stage. He is accompanied by four dancers of magnificent technique and race. ‘Ariadna’ Direction and choreography: Rafaela Carrasco. Dramaturgy and lyrics: Álvaro Tato. Voiceover: Carmelo Gómez. Musical director: Jesús Torres. Scenography and Lighting: Gloria Montesinos. Costumes: Leandro Cano. Dance: Rafaela Carrasco, Rafael Ramírez, Gabriel Matías, Ricardo Moro and Felipe Clivio. Musicians: Antonio Campos, Miguel Ortega, Jesús Torres, Salvador Gutiérrez and Jesús González. Canal Theaters, Madrid