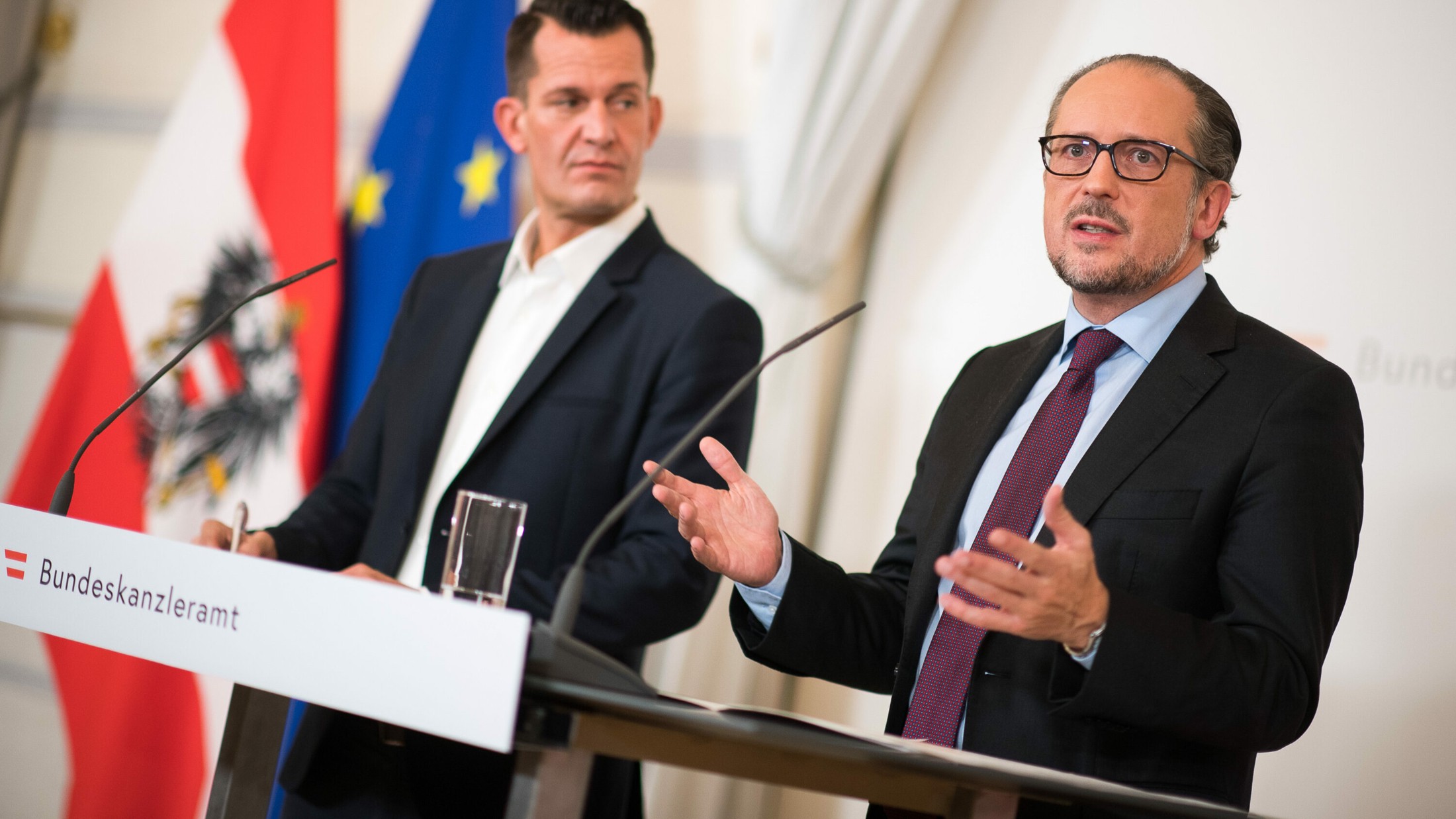 In view of the escalating number of corona infections and increasing utilization of hospital and intensive care beds, the federal government will consult with the state governors on Friday evening about how to proceed. Turquoise-Green agrees that they want to tighten the reins for those who have not been vaccinated. It says that stage four of the action plan will be brought forward for all of Austria. It would bring about an extensive 2G rule for the entire federal territory.

On Friday 9388 new infections were reported in Austria, 356 people were cared for in intensive care units because of Covid-19. According to the federal government’s step-by-step plan, step two will come into force on Monday as the nationwide “lower edge”.

Soon more than 400 intensive care patients
Then “living room tests”, ie self-performed antigen tests, would no longer be accepted as 3G evidence. Unvaccinated people would no longer have access to events with more than 500 people without a fixed seat, nor would they be allowed to go to night-time dining. However, this level could already be obsolete before it even applies, because the requirements for level three should already be met in the coming days: With more than 400 corona patients in the intensive care units, all antigen tests lose their validity (2.5G rule) .

Countries pushed forward with tightening
The fact that the situation is dramatic should have reached all governors in the past few days – almost all federal states recently announced tightening. The result was a patchwork of measures, which is why the call for standardization was recently loud. After all, so it was said from government circles to the APA, all actors are now aware of the seriousness of the situation.

Doskozil against nationwide stricter measures
An exception is Burgenland’s governor Hans Peter Doskozil (SPÖ), who will come to the federal-state summit in Vienna in the evening and want to take action against the nationwide tightening of the corona measures. After reaching the goal of the vaccination lottery he initiated and a quota of 80 percent of the vaccinable population, Burgenland “cannot be lumped together with others,” he argued last.

Stage four could be brought forward nationwide
Of course, in addition to the current chairman of the Governors’ Conference, the Tyrolean Günther Platter (ÖVP), the word of the Mayor of Vienna Michael Ludwig (SPÖ) has more weight in the negotiations, and the Viennese have recently pushed forward with tightening. Health Councilor Peter Hacker (SPÖ) called on Friday in the Ö1 “Morgenjournal” that step four of the step-by-step plan be brought forward nationwide, following the example of Vienna.

If you look at the development of the seven-day incidence in other federal states, then “urgent measures” such as level four nationwide are needed. That could be the result – at least partially – on Friday evening, was heard in advance. A new nationwide “lower edge” for measures is therefore to be expected. How far one will actually prefer the step-by-step plan is still a matter of negotiation.

Additional compulsory testing for vaccinated and convalescent people?
Lower Austria, which also occupies a powerful position among the federal states, already let it be known that one could well imagine “extensive 2G in the leisure sector”, ie “restrictions for the unvaccinated, but not for the vaccinated or convalescent”. At the Corona summit, in view of increasing vaccination breakthroughs, the fastest possible implementation of the “booster vaccinations” and an additional test obligation for those who have been vaccinated and those who have recovered are discussed.

The latter have also been suggested by several experts – as well as FFP2 compulsory in (public) indoor spaces, 2G for gastronomy, hairdressing and events and return to the home office.

Palmer makes far-reaching decisions about his future in Tübingen