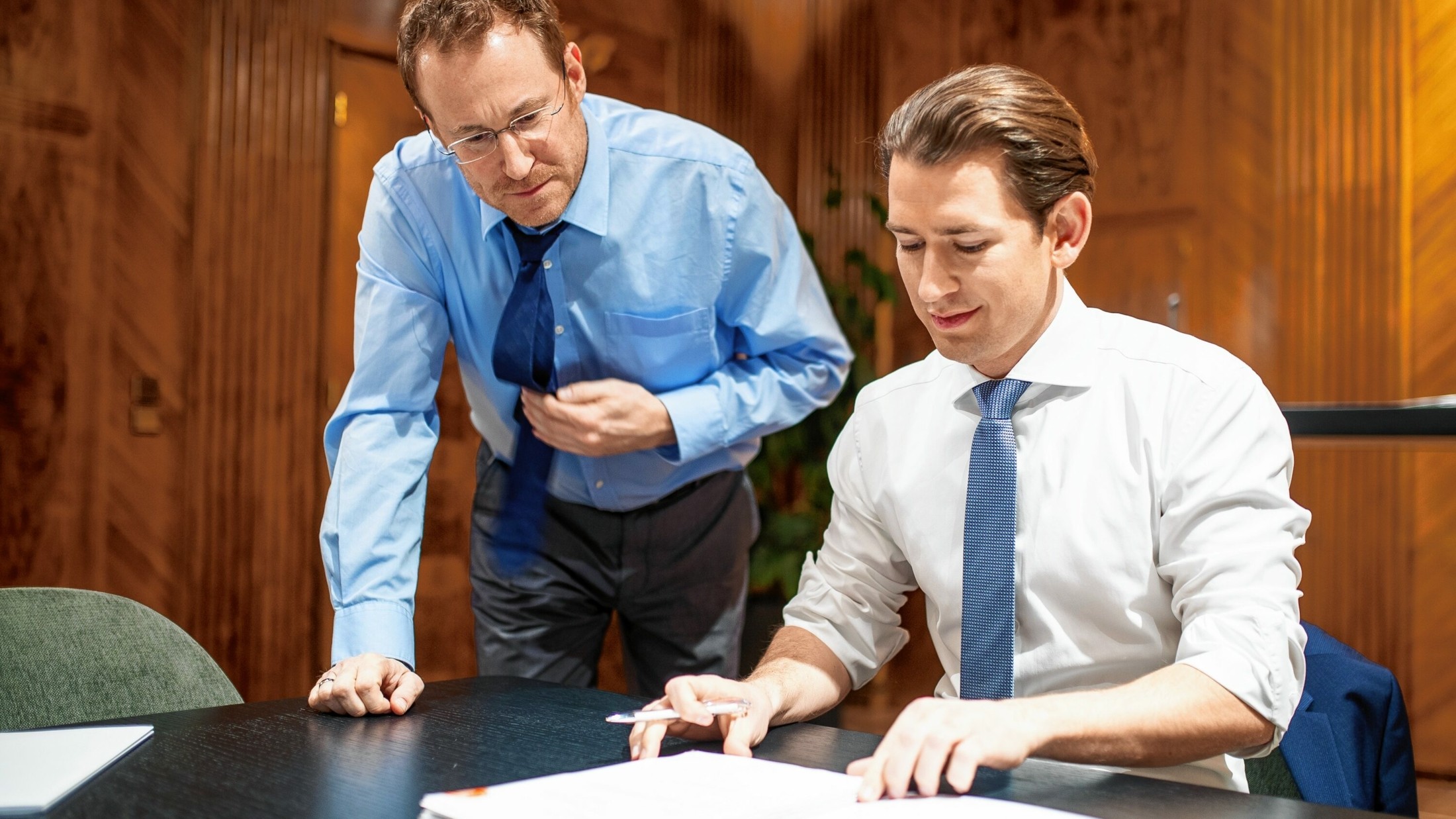 With Gerald Fleischmann and Johannes Frischmann, two of the closest advisors to ex-Prime Minister Sebastian Kurz (ÖVP) are ending their work in the Federal Chancellery. The former media coordinator Fleischmann left his office on Ballhausplatz in Vienna at the end of October, the spokesman Frischmann leaves at the end of the year, it said on Friday from the Chancellery opposite the APA. Both are accused in the new advertising affair.

Fleischmann, who had previously worked for the ÖVP federal party and the former black Justice Minister Claudia Bandion-Ortner, was Kurz’s spokesman from the very beginning. At his side, the native of Burgenland later continued his career when he was promoted to media officer in the Chancellery. He became known to a wider public as the moderator of the press conferences at Ballhausplatz.

Resignation “at your own request”
The Tyrolean Frischmann again served as the main spokesman for Kurz. Before that he worked for the former ÖVP finance minister Hans Jörg Schelling. According to the information, both are leaving the Chancellery at their own request. Frischmann is still cutting holidays until the end of the year.

The two had not been active since the outbreak of the affair. You are accused of infidelity, among other things.