Record number of migrants picked up in one day

There have never been so many: According to British authorities, 853 people were arrested on Wednesday while trying to cross the English Channel – a record.

London – The number of people crossing the English Channel in small boats in a single day has reached a new high.

As the British news agency PA reported, citing official information, 853 people were arrested by the British on Wednesday alone while trying to cross the strait – more than ever before. In total, more than 21,000 people came to England this year – more than twice as many as in the entire previous year.

At least 700 people who had tried to get to England were also rescued from the French side this week from distress at sea. According to the French authorities, two people were killed. In France, almost 16,000 migrants had been rescued in the English Channel between the beginning of the year and the end of August alone – significantly more than in previous years.

The North Rhine-Westphalian state parliament celebrates its 75th anniversary next Wednesday (October 6th) with high-ranking guests. The President of the Federal Constitutional Court, Stephan Harbarth, was invited as the keynote speaker, according to the invitation to the ceremony on Thursday. Prime Minister Armin Laschet (CDU) will also speak to the MPs and guests. 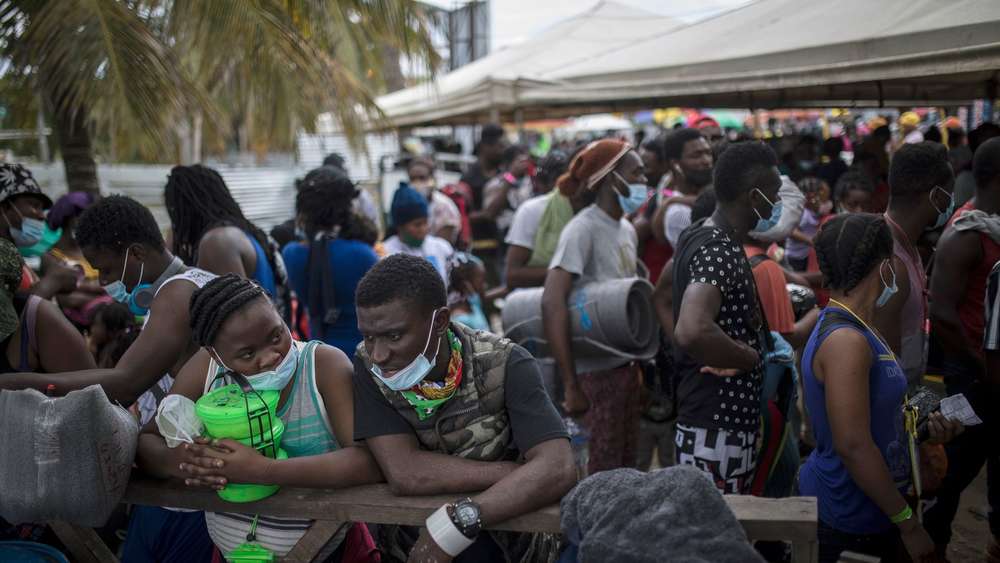 Thousands of migrants are waiting in Colombia

The santarian conditions are precarious and food is scarce. Around 20,000 migrants are now waiting in a small Colombian town.

Thousands of migrants are waiting in Colombia

The British government, which introduced a new, rigid immigration system after Brexit, is a thorn in the side of illegally arriving migrants. London and Paris recently agreed to step up controls on the coasts. However, the issue is always a source of quarrel between neighbors. dpa