Steinmeier commemorates the victims of terrorism on Utøya 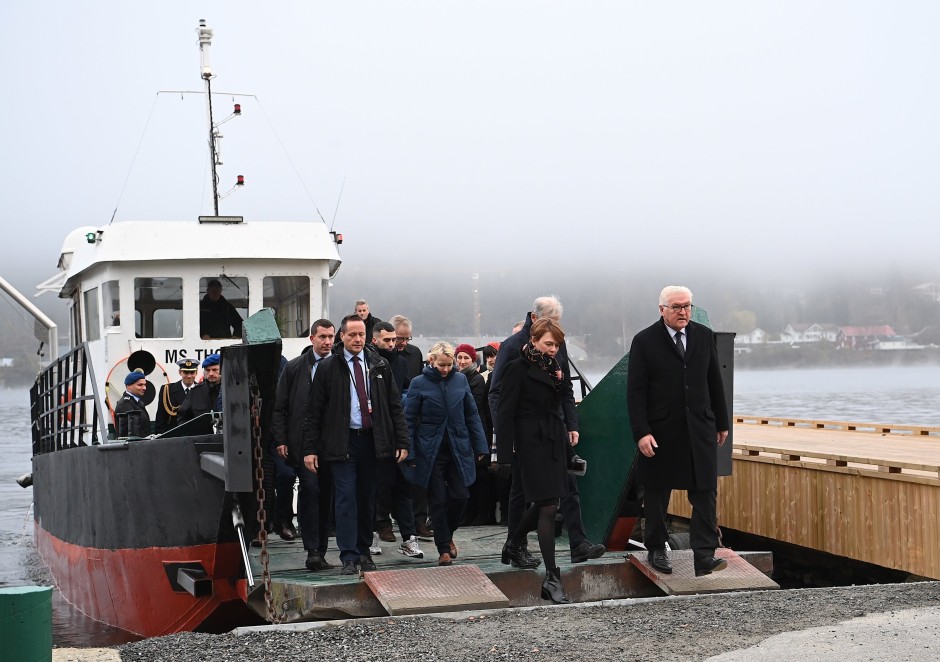 Band President Frank-Walter Steinmeier remembered the 69 victims of the terrorist attack by a right-wing extremist ten years ago on Utøya. He laid a wreath on Friday while visiting the small island near the Norwegian capital Oslo. “This place is also a place of mourning, but above all it is now also a place of hope,” said Steinmeier. He is impressed that thousands of young people come here every year to take part in workshops on commitment to freedom and democracy.

On the island of Utøya, the Norwegian right-wing terrorist Anders Behring Breivik had attacked a summer camp of the Norwegian working-class youth ten years ago. He hunted down young people and literally executed them. He had previously detonated a bomb in the government district of Oslo. A total of 77 people died.

Norway’s Prime Minister Jonas Gahr Støre said it always makes a strong impression when you come to the island. “If I take the ferry to Utøya now, I will be filled with hope. The young people have recaptured the island and thus also won back the future. This is one of the most powerful places here in our country, a workshop for democracy and youth. “

Fog hung over the island when Støre, Steinmeier and his wife Elke Büdenbender arrived on Friday morning on the MS Thorbjørn – the same ferry that Breivik took on July 22, 2011. Together they took a look at the former cafeteria, among other things. 13 young people died there alone. Today, young people there are studying the basics of democracy and how to defend it. The original rooms have been preserved. So there is still the piano in one of them, behind which desperate young people were hiding.

Steinmeier and Büdenbender leafed through the boards there for every victim: Karar Mustafa Qasim, Karin Elena Holst, Lena Maria Bergum, Johannes Buø … Buø would have turned 25 this Friday. Not far from there is a memorial built by relatives and survivors, which consists of a metal ring suspended between trees with the names of all victims stamped into it. This is where Steinmeier, Büdenbender and Støre put red roses in their pockets with the name Buø.

Astrid Hoem, who led the guests from Germany across the island, also survived the bloody act when she was 16 years old. “It is painful to talk about. But we have to endure this. Because the silence of not talking about it would be more dangerous than having these difficult conversations, ”she said on Friday. “July 22nd was not a coincidence, it was not a natural disaster, it was a targeted attack by right-wing extremists,” she said. “We have to grapple with what right-wing extremism and extremism are every day. It starts with me, it starts with you, it starts with us. “

This was entirely in the spirit of Steinmeier, who never tires of emphasizing that democracy has to be defended again and again – by all citizens. On Utøya he was impressed by Norway’s handling of the tragedy. “That is really moving.” Steinmeier recalled that Germany, too, had been repeatedly shaken by extremist acts of violence in recent years. In particular, he mentioned the NSU series of murders, which had remained undiscovered for far too long.