The death of a Russian diplomat triggers speculation

A Russian diplomat is found dead – on the sidewalk in front of the embassy building in the middle of Berlin. The circumstances remain unresolved. Memories of a murder in the Tiergarten are awakened.

Berlin – Under unexplained circumstances, a Russian diplomat died in Berlin at the embassy building in the middle of Berlin.

According to “Spiegel”, guards of the Berlin police are said to have found the body of the 35-year-old man on October 19 at around 7:20 am on the sidewalk at the back of the embassy complex. According to information from the magazine, the man is said to have had connections with the Russian domestic secret service FSB. The news of the man’s death sparked speculation about a possible murder.

The Russian embassy in Berlin, however, spoke of a “tragic accident”. “We consider speculations that have surfaced in a number of Western media outlets in the light of this tragic event to be absolutely wrong,” it said in a statement.

The German Foreign Ministry said the case was known. Out of consideration for the personal rights of the person concerned, one will not comment on this. A spokesman for the Berlin public prosecutor’s office did not want to provide any information on the case.

The man may have fallen from an upper floor of the embassy complex on Behrenstrasse in the Mitte district of Berlin. According to “Spiegel”, he had been accredited as the second embassy secretary in Berlin since summer 2019. He was known to the German security authorities as a disguised member of the FSB.

Investigative reporters from the platforms The Insider (theins.ru) and Bellingcat wrote that the diplomat was the son of a high-ranking Russian FSB officer who heads the “Administration for the Protection of the Constitutional Order” in Moscow. “This department dealt with extrajudicial executions of activists and journalists in Russia,” writes theins.ru portal.

In Russia, the department is responsible for counterterrorism, among other things, and is associated with the so-called zoo murder by Western intelligence services. In the attack in Berlin in summer 2019, a Georgian exile of Chechen descent was shot dead in broad daylight. According to the Federal Prosecutor’s Office, the crime was committed on behalf of Russian government agencies. The case puts a heavy strain on relations between Germany and Russia. The victim had fought against Russia in the Chechnya war and, according to the indictment, was considered an enemy of the state there.

For a year now, the Berlin Higher Regional Court has been trying to clear up the background to the murder. The accused is a Russian who was caught shortly after the crime and is in custody. The 56-year-old is said to have entered Germany with an alias shortly beforehand. The defendant has so far not commented on the allegations during the trial. 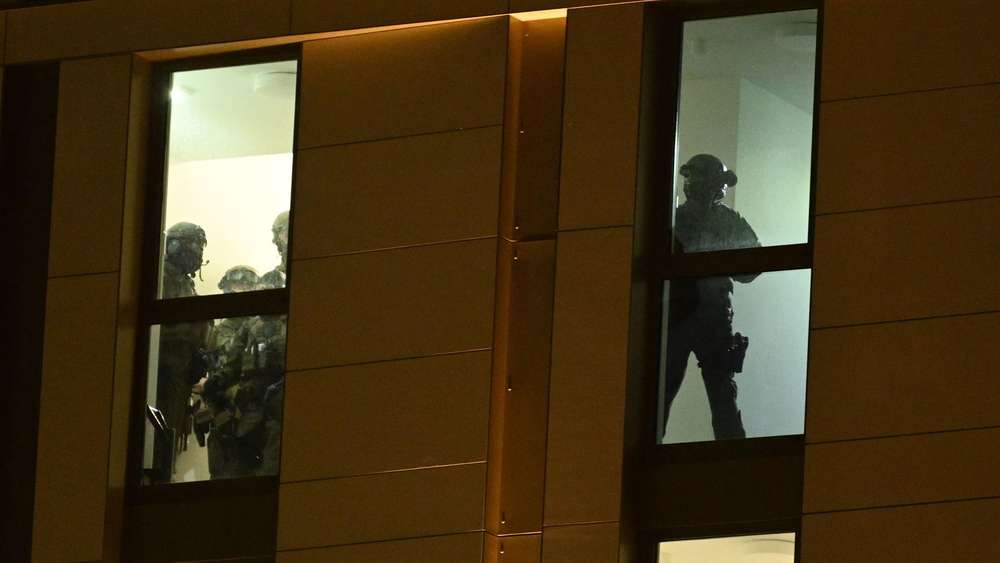 In mid-September there is a mysterious police operation in a Düsseldorf hotel. A Turk is arrested, but many questions remain unanswered. The Federal Prosecutor’s Office is now investigating the case.

According to the Federal Police, 251 unauthorized border crossings were found at the German-Polish border in Brandenburg last weekend. The federal police announced on Monday that this is a new high for weekends. The people came from Belarus via Lithuania and Poland.

On the death of the Russian diplomat, the Russian opposition activist Leonid Volkov, who was himself at the embassy several times, wrote in the news channel Telegram: The “windows of the building” are not high enough for a “suicide”. He said that the FSB officer’s son had been “thrown out of the window”. This is about something “pretty serious”. Volkov is a close confidante of the imprisoned Kremlin opponent Alexei Navalny. Volkov and Navalny accuse the FSB of political assassinations.

Navalny was almost killed with the neurotoxin Novitschok in August of last year and then treated at the Berlin Charité. Navalny blames an FSB killer squad for the murder.

How it will continue in the case is unclear. The Berlin public prosecutor’s office could not carry out a so-called death investigation, in which the background of the fall could have been clarified. The Russian embassy did not agree to an autopsy of the body.

The diplomatic mission announced that it had immediately initiated the repatriation of the body to Russia. This was agreed with the responsible German law enforcement and health authorities. dpa