A rookie for a ruinous Barça 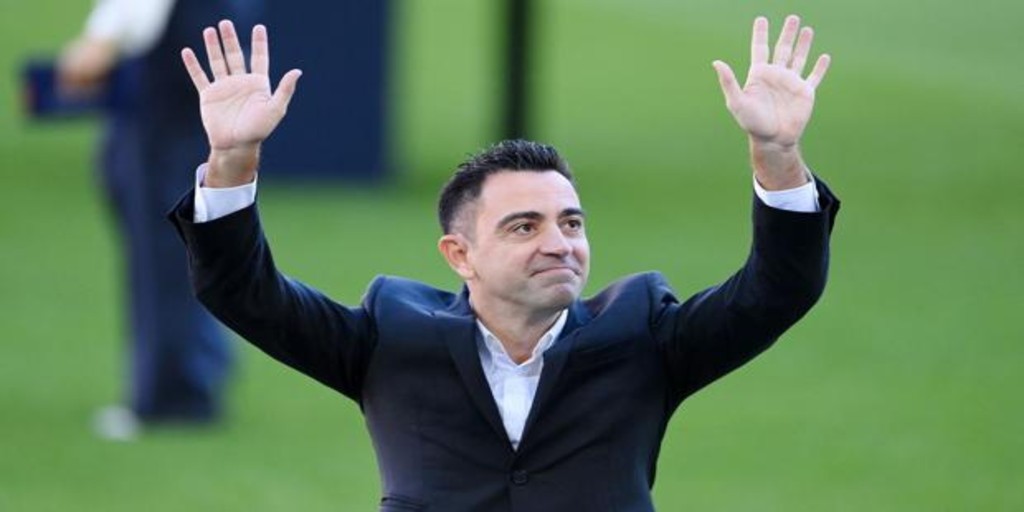 The most desired coach in the recent history of Barcelona took office yesterday. Xavi Hernández was presented at the Camp Nou, cheered by 10,000 fans eager for success and for a Joan Laporta who sees in Tarrasa the panacea with which to heal the club in sports. Accompanied by his parents, brothers and wife, the new coach signed until June 30, 2024, promising work, discipline and an attractive game. With phrases like “We cannot fail the fans, the draw is not valid here” or “I arrive prepared, I have not lost the ADNBarça” has made his philosophy and intentions clear. It enjoys the unanimity of Barcelona, ​​but, as Guardiola asserted during a charity game of golf, «Xavi will not enjoy the hundred days of grace, he knows that the results rule ».

The Catalan has a titanic challenge and, although he is compared to Guardiola and the same successes that Santpedor achieved are expected from his stage, Xavi does not treasure the same experience. On your resume sThere are only two and a half years at the helm of Al-Sadd of the Qatari league, which could be an equivalent to any team in the third category of Spanish football. It is true that it has achieved successes and accolades, but its staging in a club of the magnitude of Barcelona, ​​which is going through one of his worst sporting and economic moments of its history. Xavi has many challenges ahead that require an immediate solution.

Prop up the defensive system

Bayern, Benfica and Celta have scored three goals for him this season and he receives an average of more than one goal per game. Ter Stegen’s performance has dropped notably and he has only been able to leave his clean sheet in four games. To this must be added defensive errors that turn into a goal almost every rival occasion. «When there is order, we are fine. When we don’t, we don’t even compete, ”says Xavi.

Improve the effectiveness of spikes

The departure of Messi and Griezmann this season, and before that of Luis Suárez, has reduced the team’s offensive potential, which has also been affected by the injuries of Agüero, Ansu Fati, Dembélé and Braithwaite. And Luuk de Jong has not delivered the expected result. All of this has made it difficult to create opportunities and, above all, to make them concrete. Of the 16 games that Barça have played, in five they have been unable to score.

Start winning away from the Camp Nou

Terrible statistics of the Catalan team, which together with Espanyol, Villarreal, Levante and Getafe (these two in the relegation zone), have not yet managed to win away from home in the league. Away from the Camp Nou he only accumulates three draws. In the Barça stadium he has also missed many points, seven of the 21 that have been played.

Barcelona accumulates more injuries than points this season. A total of fifteen footballers have visited the infirmary twenty times, 14 of them due to a muscle problem. There are currently ten low players, some long-term and others due to relapses. Xavi wants to remodel the entire medical plot. He has arrived with a physiotherapist (Carlos Nogueira) and a physical trainer (Ivan Torres), which means changes in the health field. In fact, as ‘As’ progressed, Juanjo Brau, head of physiotherapy, stopped working with the first team. “Obviously we are worried. You have to put order, see what the problem is and look for solutions. It is a chore in the medical area. We have an idea, but we need to talk to the president. There will be injuries, but prevention work can be done ”, Xavi acknowledged.

Frenkie de Jong denounced him after the tie at Balaídos: “Lack of personality.” And Sergi Barjuan confirmed it: “In the end we ended up playing with children …”. Xavi wants players who show off their stripes on and off the field. «We have to contribute from the bench. Messi and Iniesta were leaders on the field. Puyol was a leader inside and out. It is important that there are different leaderships. I will squeeze the captains more than anyone else, we have to demand them, “said the technician.

Much has been said about the power of the dressing room and the extra-sports life of some footballers, more concerned about their business than what happens during games. Xavi plans to put a stop to it. «I don’t think it’s about being harsh with the players but rather that there are rules and they are followed. When there have been rules and they have been complied with, everything has gone well, when there have been no rules, things have not gone well, “he said.

The numerous casualties have precipitated the debuts of young homegrown players, some forced to pull the team. “We have a generation of young, very young. You have to help them because every game is a final. We have a very good generation, but they are very young ”, Xavi downloads them.

A recognizable style close to cruyffismo

It was the tomb of Setién and Koeman, leaving the path marked by Cruyff. In the end, it is Cruyff’s idea. My first defender is the striker and the first attacker, the goalkeeper. You have to work tactically, know what to do on the field in different situations. We believe that the best way to win is to play well. They are all respectable, but we want to play happy, on the attack, without speculating, with high pressure, with possession. Know why things are done “, defends the coach.

Improve the squad with a transfer

He does not rule out signing to reinforce positions in which he considers that he is weak. «We are going to value it with the club and we will decide. It is early, but we are going to work to strengthen the team. We have wingers of a good level, we have to recover injured, we have to see what the forecast is with Ansu … ».

Stand up to the big teams

This season Barcelona has been unable to beat Madrid or Atlético in the league and has lost to Bayern and Benfica in the Champions League, showing a great difference with them.