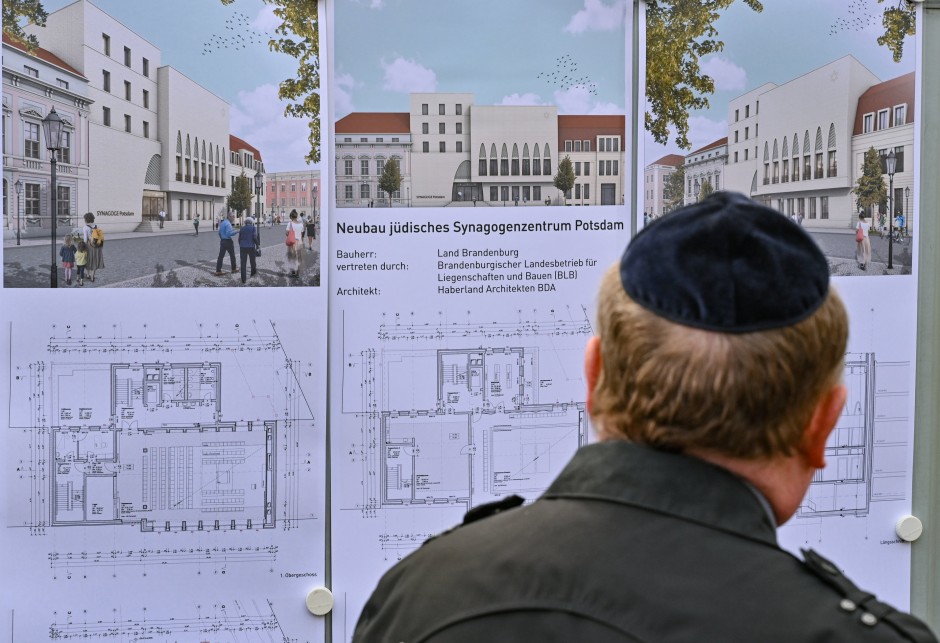 Dhe foundation stone for the construction of the first synagogue in Potsdam after the Second World War has been laid. “In the middle of the city and within sight of the state parliament, the synagogue will be a clear commitment to Judaism in Brandenburg. And this commitment is more than necessary. We have seen increasingly horrific attacks and open anti-Semitism in recent years, ”said Brandenburg’s Prime Minister Dietmar Woidke (SPD) on Monday at the laying of the foundation stone. Potsdam is so far the only state capital without a synagogue.

The state government, in cooperation with the Central Welfare Office for Jews in Germany (ZWST), will build a synagogue and community center on the site at Schloßstraße 1 in Potsdam by 2024. The state is financing the construction with around 13.7 million euros. The carrier will be the ZWST. After the first three years of use, the sponsorship is to be transferred to the regional association of Jewish communities in Brandenburg. The basis for the construction is the design by the Berlin architect Jost Haberland.

ZWST President Abraham Lehrer said, “The ZWST as the social umbrella organization of the Jewish communities in Germany wants to establish a place for all Jews in Potsdam and Brandenburg in which diverse social, cultural and religious offers can be created and bundled under one roof” . The President of the Central Council of Jews in Germany, Josef Schuster, said: “Synagogues are the focal point of Jewish communities. I am very pleased that Jews in Potsdam and the surrounding area are finally getting a synagogue and thus a visible sign of their home in the Brandenburg state capital. “

Culture Minister Manja Schüle (SPD) said that the laying of the foundation stone almost to the day 83 years after the destruction and desecration of the Potsdam synagogue during the November pogroms was “a strong signal: Jews are given a dignified and safe home in the state capital.”