No more rice, not a drop of oil: the hunger crisis in Afghanistan

Winter is approaching in Afghanistan, but the pantries are empty in many houses. In order to survive the winter, heads of families resort to drastic means.

Kabul – After five months without an income in Farid Chan’s home in the city of Jalalabad in eastern Afghanistan there was no more grain of rice, not a drop of oil, not a piece of bread.

The former police spokesman for Nangarhar Province had already sold his refrigerator and television. He went through the contacts on his phone and finally sent out requests for help a few days ago. “My wife and I can endure hardship and hunger,” he wrote. “But my little children don’t, and it hurts me so much.”

Like Chan, there are now millions of Afghans, and the number is growing. Even before the country fell to the militant Islamist Taliban, the situation was precarious. Since the Islamists took over in Kabul, the majority of the former government fled abroad, foreign aid and state reserves were frozen, and one of the worst droughts in decades hit the country, hundreds of thousands more people have ended up in poverty. With devastating effects: According to UN figures, more than half of Afghans will not have enough to eat by November.

Despair in the population

The plight is causing Afghans to seek increasingly desperate solutions to make ends meet with their families. The story of 55-year-old Ruchschana from Ghor Province in the center of the country recently hit the local media. The woman had announced publicly that she would sell her two granddaughters. She wanted 200,000 Afghani for the girl Sinat and 150,000 Afghani for Saiba (1900 or 1450 euros), she told a relative on the phone. She has to look after her daughter-in-law and eight grandchildren on her own and she doesn’t know how the family will otherwise get through the winter.

The political upheavals in the country have turned the lives of many upside down. Farsanah, a 34-year-old widow from Kabul, lost her job as a nanny when the Taliban came to power when her employers left the country. Omid Abdullah from Wardak lost his job as a cook because his boss – commander in the collapsed national army – was flown out by the Americans. Enajat from the remote district of Wachan in the north-east of the country was sent to Kabul by his family with borrowed money, in the hope that he could at least get some money in the capital.

They all say: no matter what you try, there is no more work. They all say they now owe tens of thousands of Afghanis to banks, landlords or dealers. And no idea how they will ever pay it back. More and more often, Enajat does not answer when his father calls from the provinces and asks if he could find any money. Many left the country, he continues. But he also lacks the money for that.

More people are out and about with bicycles

The economic crisis and rising hunger can now also be seen in the streets of Afghan cities. Local media report that there are more bicycles on the road again in Kabul. Residents of the capital say that today there are people in front of practically every bakery in Kabul who are begging. At the same time, more and more people were trying to sell all their belongings – from furniture to screws – on the street.

Niksad Omari from Kabul explains that it reminds him of the first Taliban regime in the 1990s, and that the situation was dire even then. At the time, his mother always put some bread aside to dry it for the chickens. He was so hungry that he always sneaked to this spot to secretly eat from it. He could not believe that now – more than 20 years and billions in aid from abroad later, also in the country’s agricultural sector – he saw his own children suffering from hunger. Taliban attack IS fighters in Kabul

Taliban and IS are enemies. After an attack by IS on a memorial service in Kabul, the Taliban are now retaliatory. At the same time, the transitional government they formed makes its first decisions.

Taliban attack IS fighters in Kabul 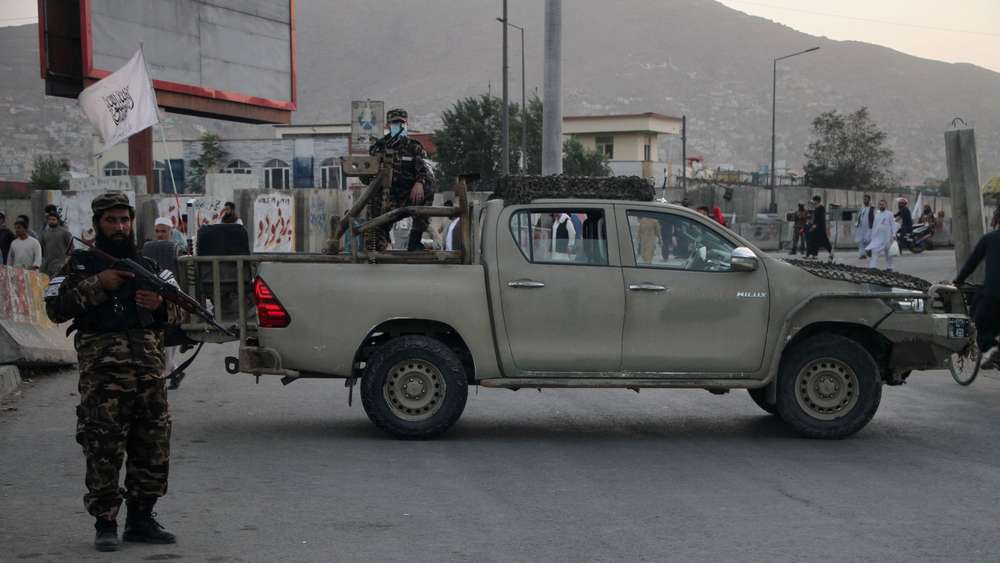 Dead and injured in the bomb attack in Kabul

For the first time since the seizure of power, an event with high-ranking Taliban in the Afghan capital Kabul is the target of a bomb attack. But the perpetrators are still unknown.

Dead and injured in the bomb attack in Kabul

In the past few years, Afghanistan could not meet the increasing demand for wheat, for example, and was dependent on imports. This year’s drought is estimated to cause domestic production to collapse by almost a third. The grain in the affected areas “disintegrates in the hands like dust,” say observers. According to the World Bank, more than 60 percent of all households depend on agriculture for their livelihood. Many rural people’s pantries are empty this year.

International aid only for neighboring countries

Governments of donor countries, including Germany, stopped making development payments to Afghanistan when the Taliban came to power and are limited to humanitarian emergency aid. As part of a crisis package, Germany provided 250 million euros in Afghanistan and for Afghan refugees in neighboring countries by the end of the year, says a spokeswoman for the Federal Ministry for Economic Cooperation and Development. The funds are being implemented directly with aid organizations without the involvement of the Taliban. The USA has also recently increased aid.

Shahre Naw Kabul, only in front of one bakery
I haven’t seen a single beggar here three months ago
Catastrophic economic situation pic.twitter.com/SmSd78Lgd8

The Islamists, who have practically no room for maneuver in the face of frozen state reserves and collapsing tax revenues, have already expressed their readiness to facilitate the provision of humanitarian aid. Observers criticize that the donor countries’ current limitation to emergency aid alone does not solve the underlying problems of the massive humanitarian and economic crisis.

The Afghans themselves have little hope that their situation will improve anytime soon. Ruchschana’s plan to get hold of money seems hopeless. “There is no one who can buy the girls,” she says at the end of the conversation. Farid Chan, the former police spokesman, says: “We are waiting for a miracle from God.” Dpa