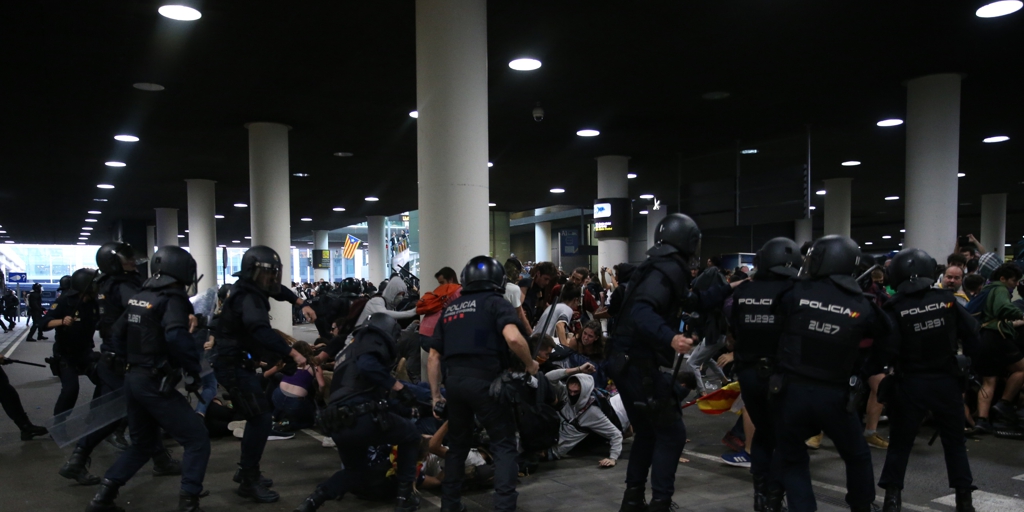 The more the PSOE and Unidos Podemos (UP) proposal to laminate the Citizen Security law is known, the more rejection it provokes in the security forces and the opposition. ABC already advanced last week the main novelties that the Government parties have agreed to amend that law in force since 2015, including allowing demonstrations and spontaneous protests without even communicating them to the government delegation or different fines depending on the purchasing power and the age of those sanctioned.

PSOE and UP also intend to restrict riot gear for the most extreme cases with “specific protocols” that force “always to use the least harmful means for people.” That is, do away with the rubber balls. Police unions recall that there are already protocols on how and when to use this type of material. The spokesman for the Federal Police Union (UFP), José María Benito, confirms that the riot police “are well trained to use these resources,” as evidenced by the fact that they are only used in very exceptional and extremely serious cases.

His counterpart from the Unified Police Union (SUP), Carlos Morales, explains that it is a resource to respond in a “proportional and sufficient” manner to serious altercations or runaway violence, for example when paving stones, burning containers or explosive cocktails are thrown, as happened. two years ago in the Urquinaona square in Barcelona. Two of the agents attacked in those protests by the judgment of the procés have had to retire with 45 and 43 years, respectively, for the permanent disability caused by the injuries they suffered in that chaos.

The spokesman for the Police Justice union (Jupol), Pablo Pérez, adds that “we have no problem” in which these balls are replaced “as long as it is for something equally dissuasive and that it is tested and validated by the colleagues who have to use it” .

Police representatives also consider “surreal” and «A way of making fun of the Police» turning the agents into a kind of chauffeurs for the detainees for refusing to be identified during a protest. With this measure by PSOE and UP, the Police will not be able to keep the detainee in the police station for more than two hours, after which they will have to return him to the same place where he was detained.

According to current regulations, it would be necessary to use a patrol car and two agents for each of those return trips of those who refuse to identify themselves, as the most radical tend to do in the most violent protests. There may even be the paradox that the Police themselves have to take them to the same place as the altercations while they continue to take place, since in some cases they last for more than two hours that they can be held at the police station. SUP, UFP and Jupol warn that this will mean “removing troops from other security needs” and “Put the Police at the service not of citizens, but of detainees for breaking the law”.

Even more serious for the police representatives is the PSOE and UP’s attempt to limit the presumption of veracity of the agents, by which a police report prevails over the word of the detainee when there is no other evidence of an alleged crime. Morales (SUP) warns that this “would further aggravate the situation of helplessness” that his colleagues will face if this reform is successful. Pablo Pérez (Jupol) warns that it would be “a very serious step backwards for security in Spain” and Benito (UFP) regrets that These initiatives only aim to “portray the Spanish Police as liar and violent”.

At the political level, the PP Interior spokesperson, Ana Vázquez, denounces this “attempt to empower the Security Law” with measures that “are not to defend those who ensure the safety of all or those who demonstrate in a manner peaceful, who have never had any problem with this law “approved by his party in 2015. On the contrary, he denounces that it is a maneuver” to protect radicals and thugs such as the Podemos bodyguards who blow up rallies in Vallecas or attack agents in Barcelona ». The popular Interior spokesperson points out that the promoters of this reform “hate and have a mania for the police and civil guards, that is why they raise these things.”