Pros and cons of suspension of visits for complaints of abuse 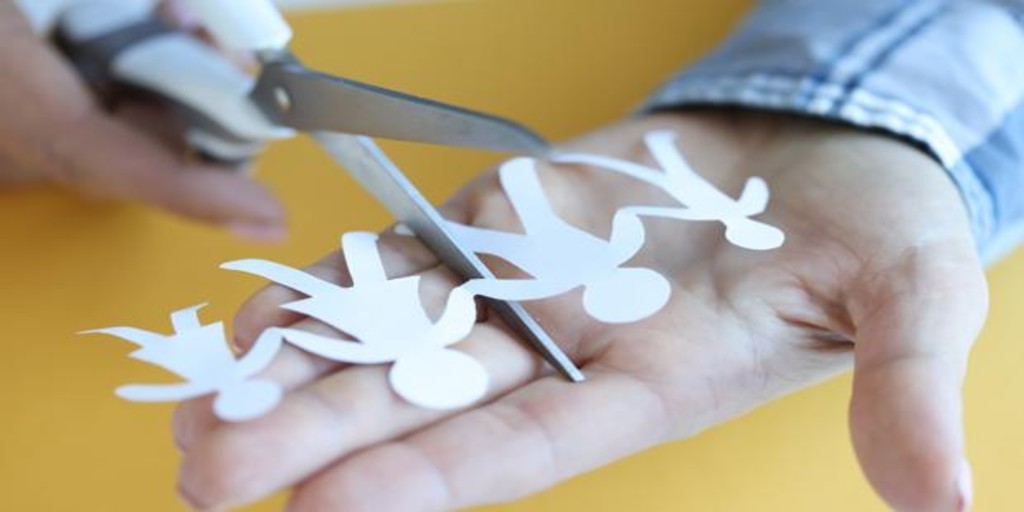 The reform by which article 94 of the Civil Code is modified establishes that “the establishment of a visitation regime will not proceed with respect to the parent who is involved in a criminal process initiated by attempt against life, physical integrity, liberty, moral integrity or the sexual freedom and indemnity of the other spouse or their children ”. Nor if the judge notices well-founded indications of gender or domestic violence, which implies withdrawing visits to both fathers and mothers, although statistics show that there are many more attacks by men against women than the other way around. The rule specifies, however, that the judge may maintain the visits if he issues a resolution “motivated in

the best interests of the minor ”. That is, the general rule will be to prohibit them, but that may not be done if justified.

Sofía Maraña García,
expert lawyer in family and criminal law with more than twenty years of practice in law, ensures that «the modification has been widely criticized for its imprecision and imperative nature. In my opinion, the benefits are four. In the first place, the legislator has given priority to the safety and integrity of minors over any other right. Second, the purpose of such modification is legitimate, why? because the protection of children from the accumulation of homicides committed by their parents in order to harm the ex-partner is real ».

The third advantage is that – continues Sofía Maraña – “despite the fact that the law explicitly says that visits be suspended after a complaint of mistreatment or abuse, I understand that each judge will see case by case. There will be those who, with a preventive nature (that is, to avoid a greater evil), suspend them, but there will be others who will not suspend such visits if they do not see a real danger; that is, if sufficient evidence is not provided to prove a minimum indication that this mistreatment really exists. What I mean by this is that I doubt very much that all the judges before a complaint of this type automatically suspend the visits, since if this were so, this law would serve as strainer for false reports brought as revenge to the other parent.

It should be remembered – he insists – that “the Penal Code and the Criminal Procedure Law already contemplated the withdrawal of visits to such complaints and in all areas, not only for minors. For example, the restraining order had already been observed due to the suspicion that a person was in a situation of risk ”. In addition, the Law of Gender Violence of the Zapatero government of 2004 in its article 66, had already regulated this suspension of visits, but only with respect to men, not women, something that changes with the current reform. «That is to say, with this modification of the law, tVisits to mothers who are reported can also be suspended for mistreatment or abuse, although I reiterate that I very much doubt that any judge will suspend such visits if sufficiently solid evidence and indications are not presented.

«You are going to find out»

Regarding the cons, the lawyer Sofía Maraña considers that “the statement is confusing because It implies that with a simple complaint the visits will be suspended And, I am sorry to insist again, but in my experience as a family and criminal lawyer, I know that judges look closely at complaints before making drastic decisions such as prohibiting a parent from seeing their children.

Another disadvantage of this law, “is that it is a measure disproportionate when the crimes are less serious, minor or specific in the course of a divorce, or when it is not addressed directly to the children: Let me explain: that a man tells his ex-partner, for example, without the presence of the children “you are going to find out.” This you are going to find out can be many things, from criticizing her on social networks to killing her children. And, logically, the first is not the same as the second, “he explains.

The big question then for this lawyer is how a judge is going to decide if there is a real danger in the face of a threat or it is the result of a warming up due to an argument in the course of a divorce. “In almost all of my clients’ cases, while the divorce trial is not taking place, and even after it, there are many confrontations between the ex-partner; reproaches, insults, disrespect … And this should not, in my opinion, be a compelling reason for the suspension of visits to children, especially if this occurs without them being there.

Another disadvantage for the lawyer is that «the rule leaves less room for maneuver for judges and this worries all of us lawyers who dedicate ourselves to this ». The judge must justify why he keeps the visits and, in addition, he must carry out tests such as listening to the minor, especially if he is over 12 years old and if he is under this age, to the psychologist and «this psychosocial exploration, unfortunately it can take months, even years, and, in the event that said complaint is not true, the damage to minors is irreparable “.

Another disadvantage of said law – continues the lawyer – “is that it has been done with great haste because, in addition to being confusing due to its imprecision, it is a modification of an article by means of a law (Law 8/21) that contemplates support for disabled people, something that has nothing to do with family law.

Finally, he warns, “the expression being involved in a criminal procedure is very confusing, especially for public opinion that is generally unaware of our criminal legislation. That is to say, It is one thing to file a complaint at the police station and quite another is for the judge to admit it for processing. since, it must be remembered, not everything that is reported is processed, there are many complaints that, due to their low weight in evidence, are archived. Therefore, it is very important to point out the differences between being reported or being involved in criminal proceedings. As a lawyer, I understand that said expression means that a mere complaint is not enough, but that a judicial decision has been issued with arguments and, as an additional requirement, that in addition to said indications, coexistence implies a real risk for minors.

Another disadvantage – continues the lawyer – «is that a parent may see the relationship with the children limited in a dismissed matter whose file is not yet final, that is, the investigating judge (the first to see the case), files the complaint and as long as the opposing party does not obtain another resolution in an appeal, Visits to minors will continue to be suspended or limited depending on the speed of the magistrates of the Provincial Court in resolving said appeal, which supposes a serious damage for the children without finally proving the innocence of the accused ”.

The lawyer is confident in stating that “the judges and prosecutors are not going to directly prohibit the visiting regime of the accused parent, Although now the general rule is the suspension of the same and the exception is its maintenance. However, I believe that the judges will now be somewhat more severe when it comes to serious crimes and there are well-founded and rational evidence to prove the facts.

In any case – he qualifies – “the legal reforms do not have as much impact as their literal meaning seems to indicate. They are simple recommendations to judges and prosecutors so that we know the tendency of the legislator: the protection of minors who are victims of their parents.

Regarding whether this law could create a drain for false complaints (by both men and women), the lawyer believes that “as has happened with complaints of crimes of gender violence, it is indisputable that some parents can use it for legal purposes. spurious to destroy the maternal / paternal filial relationship. For that reason, judges and prosecutors must be cautious“, remember. There is another article that had already prevented the attribution of joint custody to the parent who is involved in criminal proceedings. This article has been in force since 2005 being a drain also of some complaints without criminal character. The purpose of some complaints is to obtain advantages in divorce proceedings, “says Maraña.

The lawyer considers that “it can help save the life and integrity of minors in some cases, but in other cases injustices can be committed. We have all seen in murder cases how society asked for greater protection measures to minors in crimes of family violence, especially when one harms the other through their children, but – he remembers – unfortunately there are usually no prior complaints. Fortunately, much progress has been made in considering other forms of family violence, such as gender violence, but we continue to be anchored in the past in crimes against minors within the family sphere ”.