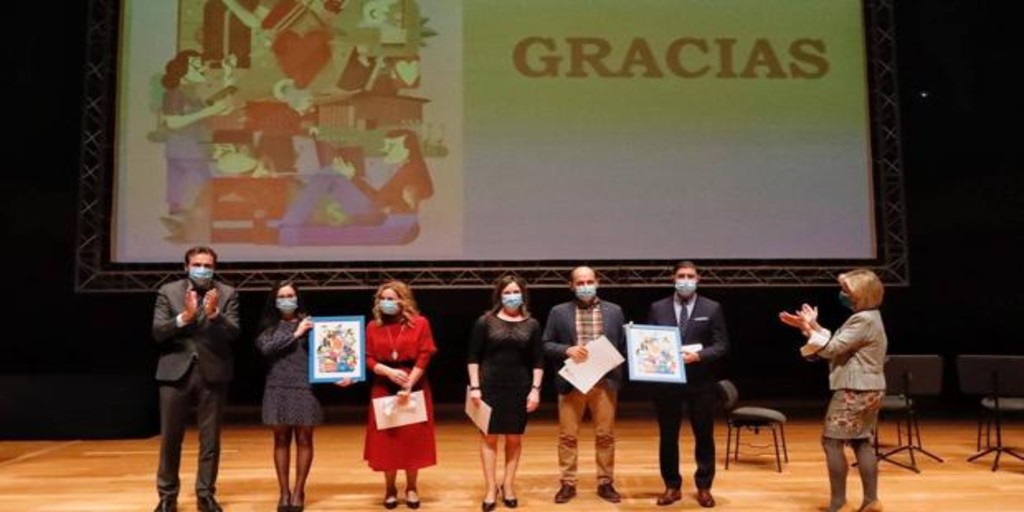 The province of Valladolid has shown this Monday its recognition to all professionals and volunteers participants in the vaccination campaign against COVID-19 Because their work has allowed to “contain” the pandemic in the province, as well as it has also happened in the whole of the Autonomous Community of Castilla y León and in the rest of Spain.

In statements prior to the recognition ceremony held at the Miguel Delibes Cultural Center in Valladolid, the Minister of Health, Verónica Casado, has recognized this act as a “special” day for assuming a meeting of thanks to the healthcare professionals who “have been working very hard” for the success of the vaccination campaign against COVID-19.

«If one in life manages to save lives and improve the situation of people with his responsibility, has fulfilled the fundamental objective of his own life“, Has expressed Casado, who has described the vaccination campaign as” magnificent “ for having prevented the “terrible fifth wave in terms of incidence » has resulted in high mortality and income ratios, since the work carried out by health workers with vaccination “Has allowed to reduce” both parameters considerably, so “it has been fundamental.”

“This could not have been done without the work of many people who meet here today”, has continued to wield Casado, citing among those responsible for this success also the institutions and their collaboration, as well as the media for allowing the appeals to «They will reach every corner» to get a “huge response” from the population.

But precisely on the latter, in addition to health workers, Casado focused his speech, considering that “the first and most fundamental gratitude is for the population for the response it has given.”

And it is that, according to the Minister of Health, «These vaccination rates achieved in Spain and Castilla y León are very satisfactory and very different from what has happened in other countries in our European environment ”, where coverage has ranged between 20 and 70 percent compared to 90 percent of the target population in the Community and the country.

For this reason, and currently, although the incidence of “The situation has nothing to do with what happens in other countries”, for which he reiterated that «Much of the success of this vaccination has been responsible population response, because otherwise the efforts made by health professionals would not have been of any use.

Married’s statements took place minutes before the act of gratitude to the vaccination teams against COVID in the province of Valladolid, which was carried out at the Miguel Delibes Cultural Center, where the work carried out and that these professionals continue to carry out in the process of vaccination against the virus.

In the act the health personnel were thus honored of the Primary Care Managements of the East and West Area of ​​Valladolid, as well as the health workers assigned to the Río Hortega University Hospital and the Valladolid University Clinical Hospital who participated regularly in the vaccination process. Likewise, the volunteers from the Civil Protection Association and the staff of the Valladolid Red Cross, who collaborated in the vaccination work at the Miguel Delibes Cultural Center.

They also came, as guests, representatives of these two organizations in Medina del Campo, Peñafiel, Medina de Rioseco, Cigales, Cabezón, Mayorga, Íscar, Olmedo, Tudela, Aldeamayor de San Martín and Tordesillas, as well as the groups of Laguna de Duero and Arroyo de la Encomienda, because although they were not vaccination, presented multiple services throughout the pandemic.

As a symbol of appreciation, a commemorative sheet was designed to be delivered during the event to four groups of professionals and volunteers: the Siglo Foundation workers who carry out their activity at the Miguel Delibes Cultural Center, the Valladolid Red Cross, the Valladolid Civil Protection Association, and the health professionals from the Health Managements from the East and West Area, who for more than six months were vaccinating Valladolid people throughout the province.