The false myth of derogation 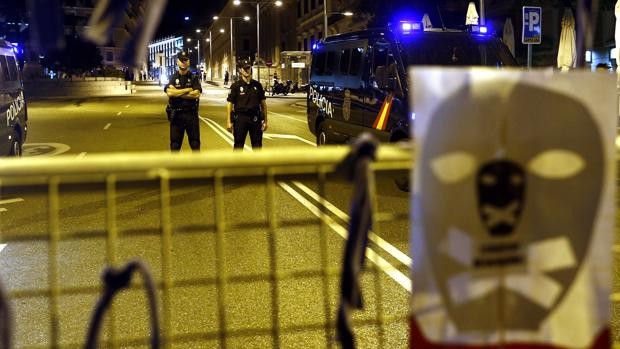 The Socialist Party and its partner in the government, United We Can, seem to have reached an agreement to reform the Citizen Security Law of 2015, called by the left ‘gag law’. Since its approval, this law has been the subject of continuous attack by the left and nationalisms, something consistent with its hegemony in street violence and attacks on the Police. More difficult to understand is the determination of the socialists to support this anti-establishment script of the extremists with whom it has been associated. Citizen security is an essential responsibility of the State to guarantee the peaceful exercise of the rights and freedoms established in the Constitution. The 2015 text included all the demands of the Constitutional Court, which basically endorsed this law in November 2020, including the ‘hot returns’ of illegal immigrants, which would be left out of the Government’s project. Therefore, the reform agreed by socialists and communists does not respond to a constitutional need, but to their phobia against the laws of the Popular Party, even more so if they have given good results. The main lines of the reform point to some modifications that, despite so much talk from socialists and communists, would only make up some articles to be able to say that they have put an end to the ‘gag law’. However, there is an obvious political intention. The agreement between the PSOE and United We Can seeks to weaken the operational capacity of the Police, precisely in a period in which attacks on police forces are daily, on the occasion of large bottles or night-time concentrations of young people. In addition, for United We We have a point of settling accounts, after their leaders such as Isabel Serra or Alberto Rodríguez have been firmly condemned for insulting and attacking police officers. The Powers forget that these sentences were the result of applying the Penal Code and the Criminal Procedure Law. The very idea of ​​citizen security is repellent for the communist left or separatism, whose concept of political action is better understood in a burning container or a Molotov cocktail than in respect for the institutions of parliamentary democracy. That is why its leaders always see in the mere application of the law a conspiracy of the judges and the police who limit themselves to fulfilling their functions when they investigate, denounce and judge their leaders. This is what happens to parties that have a worrying tendency to break the laws. In which there is also a clear political intention is in the modification of the national identity document (DNI), whose objective is to expand the catalog of assignments to nationalism. Today the co-official languages ​​have already been included in the DNI, but in the idea of ​​reflecting the “Spanish multilingual State” and of ‘de-Spanishizing’ even official documents, nothing that the Government does will ever be enough. Separatism is inflexible, and anything that contributes to further distort the concept of Spanish citizenship will always be little. The whole of Spain has only one official language, Castilian, and the political identification of the Spanish citizen has that single linguistic reference. The co-official languages ​​are in each autonomous community, but not outside of them, so it does not make sense that a document issued by the State to identify Spanish citizens, and which may be required abroad, be issued in co-official languages.

Register for Covid patients set up