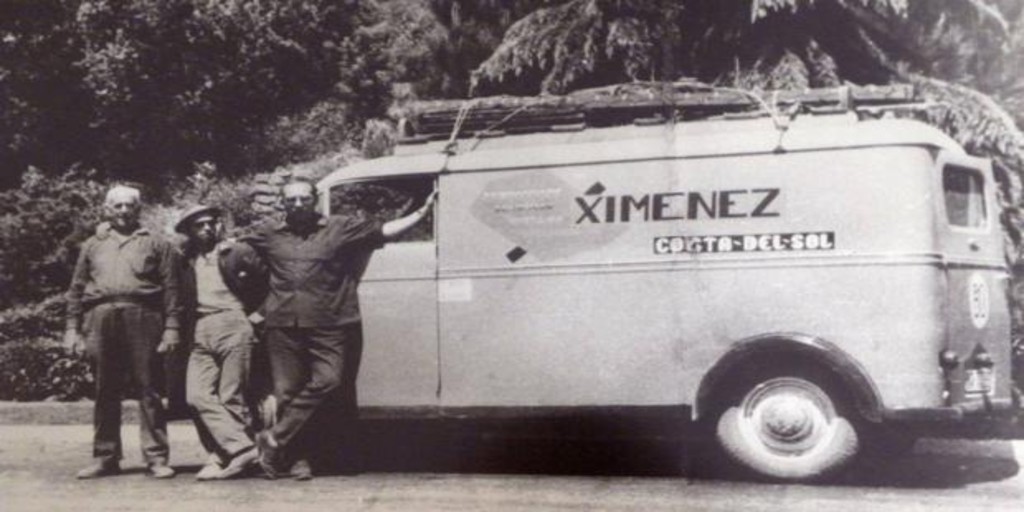 Francisco Jiménez began by forming a star with the few light bulbs he had and ended up founding a company that lights up the streets of half the world at Christmas. New York, London, Milan, Oslo, Dubai, Moscow or Sydney are just some of the many cities that rely on Ximenez Lighting to bring magic to their streets in such a special time.

“Everything arises from a curious and beautiful story,” says Mariano Ximenez, CEO of the company and grandson of the founder, on the other end of the phone. «Genil Bridge has the curiosity to be thesecond city of Spain and the first in Andalusia in have electric light by a natural waterfall made by the Genil river. They took advantage of the power of the water

to generate electricity with turbines from an old flour factory. My paternal great-grandfather worked in that factory and my grandfather started there as a meter reader, ”he explains.

Since electricity arrived in Puente Genil at the end of the 19th century, the town specialized in this sector and Francisco did the same by opening a small shop where he sold the first electrical components in 1945. «Some christmas, those sad and gray postwar Spanish, it occurred to him to make a Christmas star with the four bulbs I had and a wooden frame and put it on the door of the store. That was an impressive event, ”says Ximenez.

Everything started to grow like a snowball in free fall since then. It went from one star to several and began to illuminate the streets of Puente Genil and other cities in Andalusia and the surrounding areas at Christmas and patron saint festivities. Its expansion through the Spanish Levant due to the faults promoted the change from ‘J’ to ‘X’ in the visible last name of the company. So much so that the following generations adopted the ‘X’ as their own in their ID.

Now Ximenez Lighting reaches 45 countries on five continents and it is «one of the leading decorative lighting groups in the world and the undisputed leader in Spain. My grandfather would be proud ”, assures Ximenez.

The secret is the family

Despite everything they have grown, the CEO still perceives that it is “a family business.” «We are about 500, but everything remains in the family. Just as we are grandchildren of the founder, the employees are also grandchildren of former workers who started with my grandfather. That may be the secret.

And it is that Ximenez had the great opportunity to work side by side with her grandfather: «I spent a few years with him in the company and that marked me. It was an honor and a privilege and above all it instilled in me that enthusiasm for work and perseverance so that everything was the best possible.

With the third generation came the international jump, also driven by LED technology, which allowed them to innovate with new designs that were impossible to make with incandescence.

This continued rise in the decorative lighting market was cut short by the pandemic. The company lost 60% of its business to the health crisis, it has been in a tense calm for two years with 2020 with hardly any holidays and sees a recovery in 2021. “This year, although not 100%, it seems that everything is going to be the same as before,” says Ximenez.

“What saved us last year were international projects and Christmas”, says the CEO, who regrets that in 2020 the need to turn on the Christmas lights despite the pandemic was called into question. “In Spain decorative lighting is conceived as an expense, but it is an investment that has a brutal economic return”, laments the CEO.