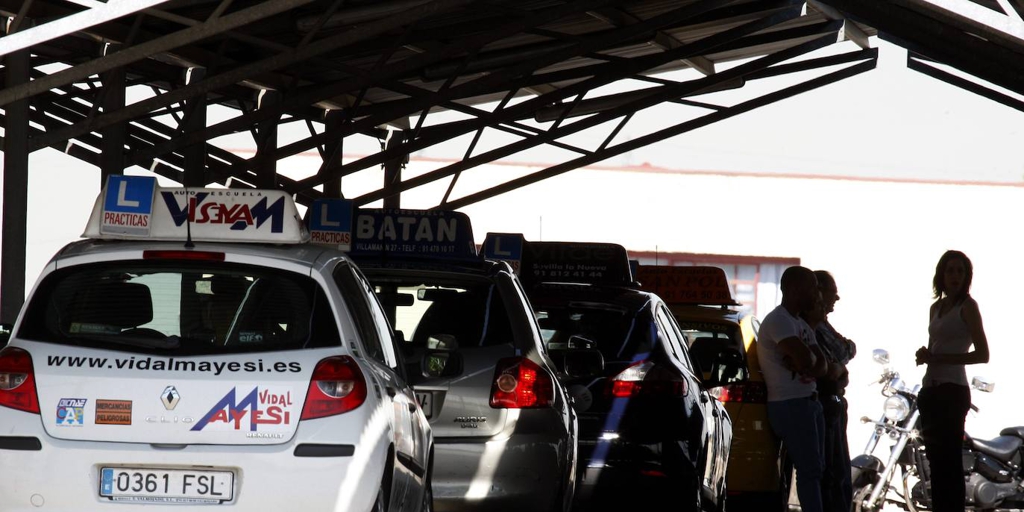 The Senate Interior Committee has approved this Monday the report of the presentation of the bill amending the Law on Traffic, Circulation of Motor Vehicles and Road Safety, which modifies the controversial article 62 that faces traditional and digital driving schools. With 17 votes in favor and eleven abstentions, among them those of the senators of the PP and Vox, the opinion that has included 12 of the 83 amendments presented by all groups, with the exception of the PNV, has gone ahead.

Regarding article 62 of the text sent by Congress, this allowed theoretical training ‘online’ for drivers and that the centers could have a single physical location with which to operate throughout Spain. However, several amendments approved and presented by former Senators of Ciudadanos and now independent, Emilio Argüeso and Ruth Goñi; Geroa Bai; Teruel exists; Regionalist Party of Cantabria; Republican Esquerra; Junts per Catalunya, the Canary Islands Coalition and the Gomera Socialist Group have turned the situation around, according to Europa Press.

In the wording that came out of the Congress, the following formulation was proposed: “The teaching of the knowledge and technique necessary for driving, as well as the subsequent improvement and renewal of knowledge will be exercised by training centers, which may constitute sections or branches with the same ownership and name. Training centers will require prior authorization, which will be valid throughout the Spanish territory in the event that sections or branches are established. Without requiring more than one physical or local establishment within the aforementioned territory.»

«The teaching of the knowledge and technique necessary for driving, as well as the subsequent improvement and renewal of knowledge will be exercised by training centers, which may constitute sections or branches with the same ownership and name. The training centers will require prior authorization, which will be valid throughout the Spanish territory in the event that sections or branches are established “, now says the text approved this Monday by the Commission.

In the turn to defend the amendments, the Navarrese senator Ruth Goñi thanked the support received and warned that if it had not been accepted “it would allow unfair competition between driving schools to be legitimized, the training of students would deteriorate and road safety ».

In the same vein, the spokesperson for Junts per Catalunya in the Senate, Josep Lluís Cleries, has expressed himself. “Going back to the original text that existed as the Law came to Congress responds more to the reality of driving schools throughout the territory,” he argued.

The National Confederation of Driving Schools (CNAE) had warned of the “Hazard” to road safety and for the training centers that, in his opinion, included article 62 of the reform of the Traffic Law. “It would lead to a worsening of the training received by aspiring drivers, which in the medium term would translate into an increase in deaths and serious injuries” on the roads, he pointed out.

The Socialist Group will keep alive for its debate in plenary session the controversial amendment with which it wants to eliminate the 20 km / h excess to overtake on conventional roads and that this Monday has again faced PP and PSOE.

“We do not agree with the elimination of that 20-kilometer margin in overtaking, especially on conventional roads where there are more accidents and can sometimes lead to much more dangerous situations instead of increasing safety. And second, because we do not know of any study, no scientific analysis to support it. Unfortunately, this makes us think that it is another not so strange idea of ​​our beloved Government and the DGT to continue with this tax collection effort “, said the ‘popular’ José Julián Gregorio.

For his part, the socialist Raúl Díaz has replied “denying the greatest” and rejecting that behind said proposals there is “a tax collection effort”, and added that the objective of the same, as of the reform, is “to try to reach that horizon reducing deaths and road accidents by half when this decade ends.

On the other hand, an amendment by the PSOE has also been incorporated into the text that maintains the obligation to have anti-start breathalyzers in vehicles destined to transport passengers from July 6, 2022, but eliminates it in the case of freight transport .

“Unlike the road passenger transport sector, the freight transport sector has not directly sued, nor through the National Road Transport Committee (CNTC), the incorporation of anti-start breathalyzer devices to N2 and N3 vehicles “, maintains the PSOE, which adds that the installation of these devices” involves a higher cost than in the current economic circumstances road freight transport companies are probably not in a position to cope ‘.

In addition, another amendment of the Socialists has been added that establishes that when a driver is finely sanctioned in administrative proceedings for the commission of any of the serious or very serious infractions, the points that correspond to deduct will be automatically deducted at the time of That the aforementioned offense be recorded in the registry of drivers and offenders of the Autonomous Body Central Traffic Headquarters, the total credit of points available to the authorization holder being recorded in said registry.

“After one year has elapsed since the sanction has been finalized without the offense for which the cause has been noted, the deduction of points will not proceed,” says the text, where the PSOE argues that the objective is to establish a maximum period for the withdrawal of points from the firmness of the sanction, a period that currently does not exist, “for reasons of legal certainty.”