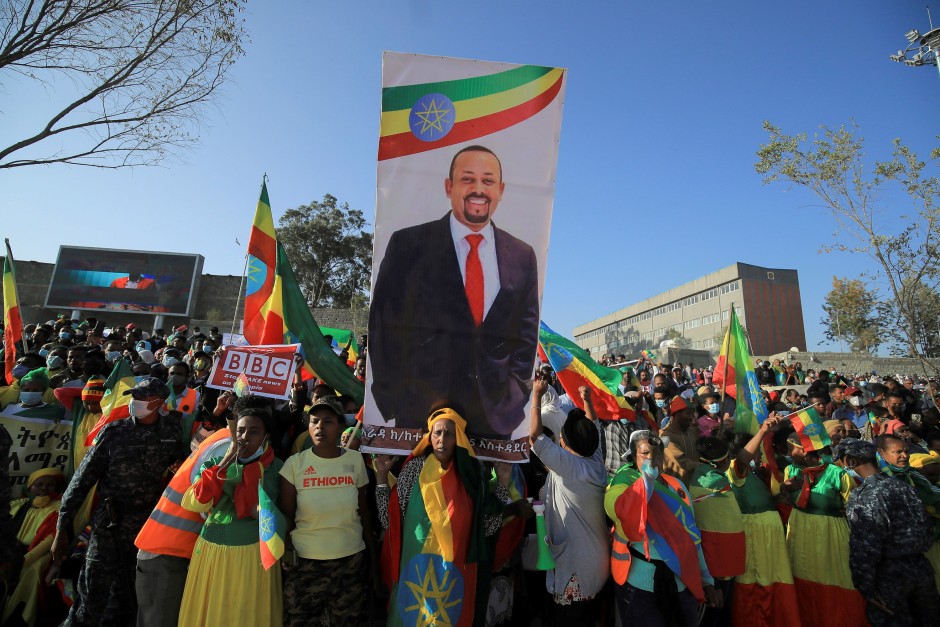 Dhe UN Security Council wants to deal again with the escalating conflict in Ethiopia this Monday. The most powerful UN body should meet at 3 p.m. (local time / 9 p.m. CET), according to diplomatic circles. On Friday, the 15 council members issued a declaration calling on the conflicting parties to “negotiate a permanent ceasefire and create the conditions for the start of an inclusive Ethiopian national dialogue”.

The conflict between the government in Addis Ababa and rebels from the northern region of Tigray is affecting more and more parts of the country, and the conflicting parties are engaging in tougher battles. Hundreds of thousands have already fled the violence, around 400,000 people are acutely threatened by starvation. Above all, the civilian population on both sides would like to see a return to peace.

Hundreds of thousands of government-organized protests marched peacefully through the streets in numerous cities across the country on Sunday to protest the Tigray People’s Liberation Front (TPLF) and to pledge their support for the army. A few days ago the government declared a state of emergency, which gives Prime Minister Abiy Ahmed a number of special powers. He called on the population to take up arms against the rebels. Protesters shouted slogans such as “I am the protector of my country” and “The junta (meaning the TPLF) is Ethiopia’s number 1 enemy”.

The pressure on Abiy is growing, however. According to its own information, the TPLF is less than 350 kilometers from the capital. On Friday, nine Ethiopian opposition factions signed an alliance against Abiy’s government in Washington. It was said that the prime minister wanted to “negotiate or use force” to form a transitional government. “Abiy’s time is running out,” said Berhane Gebrekristos, a TPLF leader and former Ethiopian ambassador to the United States (1992-2002). “We want to put an end to this terrible situation in Ethiopia, which was created single-handedly by the Abiys government.”

A year ago Abiy had started a military offensive against the TPLF, which had been in power in the northern region of Tigray until then. The TPLF dominated Ethiopia with its around 115 million inhabitants for a good 25 years until Abiy came to power in 2018 and ousted it. Leading members of the Ethiopian army came from Tigray and defected to the TPLF, which enabled the rebels to achieve great success very quickly. The well-trained fighters of the rebel group have been on the rise since July.

The government-organized protests on Sunday were also directed against the international community. The posters read: “We don’t need any interference from abroad”.

The Canadian Foreign Ministry announced on Sunday that non-essential embassy staff and the families of diplomats would be withdrawn from Ethiopia. The US State Department had already announced a corresponding step on Saturday. The American embassy in Addis Ababa called on American citizens to leave the country immediately on Sunday. “Although there are currently seats available on commercial flights, we cannot predict when demand will exceed capacity,” the statement said. Israel’s Foreign Ministry confirmed on Sunday that, given the tense situation, the evacuation of families of Israeli diplomats in Ethiopia had begun.