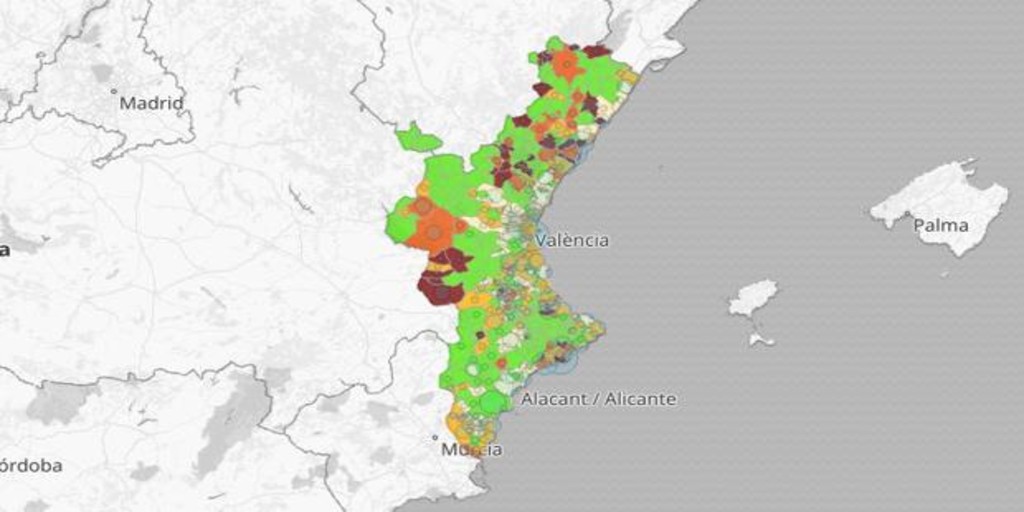 The cumulative incidence of coronavirus on Benidorm It rises again to 289 infections per 100,000 inhabitants in the last fourteen days, seventeen points more than those notified in the previous update of the Ministry of Health. Thus, the tourist capital of the Costa Blanca tops the list of the main cities of the Valencian Community with greater spread of Covid-19.

The epidemiological situation in the Alicante city of Benidorm causes “special concern” in the department he directs Ana Barcelo. The high rates of spread of the coronavirus that Benidorm shows has led the Ministry to install two mobile vaccination points, on the occasion of the celebration of the Major Patron Festivities, from November 13 to 17.

It should be noted that one of the vaccination points against the Covid-19 will be destined to foreign tourists, which will remain open based on demand, mainly from British visitors. Regarding the latter, the Ministry of Health notifies that the accumulated incidence in United Kingdom reaches 793 infected per 100,000 inhabitants in the last fourteen days, while that of Spain it is limited to 58 cases.

In statements by the President of Hosbec, Toni Mayor, “The tourist recovery will be proportional to the time it takes to move into a phase of normal coexistence with the disease.” These words are preceded by the hotel occupancy data, which indicates that “they are far from normal”, since “the emptiness of the Imserso is clearly visible in destinations such as Benidorm”. “We have already assumed that the virus is not going to go away and the simple data of contagion or accumulated incidence without hospital relevance cannot condition economic and social activity,” he adds.

Compared to other large cities in the region, Valencia returns to the average risk of virus transmission with a cumulative incidence of 51 positives, while Alicante it rises eleven points (45.93) compared to the previous Health report.

For its part, the cumulative incidence of Castellón up to 215.19 cases per 100,000 inhabitants in the last two weeks, while in Elche the index that marks the «new normality», encrypted in 25 cases, remains below.

Likewise, other important cities in the Valencian Community show disparate epidemiological situations, such as Orihuela, which goes down to 52 infected, and Torrevieja, which increases its cumulative incidence to 59 positives per 100,000 inhabitants in the last fourteen days.

The cumulative incidence of coronavirus cases in the ten most populous cities in the region is detailed below. Valencian Community.