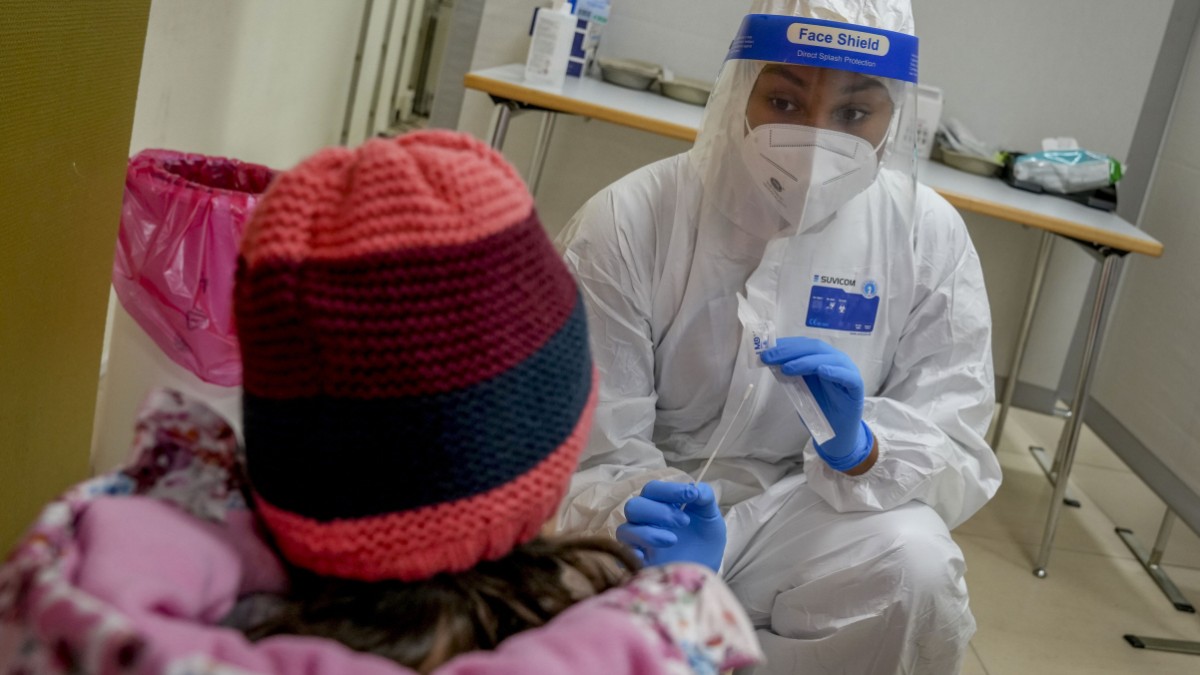 The Robert Koch Institute (RKI) reports 21 832 new positive tests. That is 11 019 more than on Tuesday a week ago, when 10 813 new infections were reported. The seven-day incidence rises to 213.7 from 201.1 the previous day. The value indicates how many people per 100,000 inhabitants have been infected with the corona virus in the past seven days. 169 other people died related to the virus. This increases the number of reported deaths within 24 hours to 96,727. In total, more than 4.8 million corona tests have so far been positive in Germany.

The majority of people in Germany are in favor of further restrictions on unvaccinated people in order to combat the corona pandemic. In a survey by the opinion research institute YouGov on behalf of the German Press Agency, 31 percent of those questioned are in favor of applying the so-called 2G rule more than before. It only allows those who have recovered from Covid-19 and those who have been vaccinated against Corona access to restaurants, cinemas or concerts, for example. Another 25 percent of those surveyed are in favor of a nationwide 2G rule throughout Germany.

19 percent, on the other hand, believe that unvaccinated people with a negative test result should be treated the same as vaccinated persons in terms of access rules (3G). 18 percent would like all access restrictions to be abolished.

The Standing Vaccination Commission (Stiko) is already working on a recommendation for corona vaccinations for children aged five to twelve. “We are working on the Stiko recommendation,” says the chairman of the Stiko, Thomas Mertens, of the newspaper “Rheinische Post” (Tuesday edition). However, the vaccine for those over five will not be approved until mid-December. (09.11.2021)

The German Association of Cities describes the Corona bill by the traffic light parties as inadequate. “The federal and state governments must take more consistent countermeasures so that the number of infections does not gallop away,” says CEO Helmut Dedy of the Funke media group. With the submitted draft, an opportunity had been wasted to introduce the 2G rule in the leisure sector nationwide. Now the countries would have to take care of it. “Without spades, going to the fitness center, club or cinema should be taboo.” This creates more security for those who have been vaccinated and recovered, but also for those who have not been vaccinated. And it motivates others to get vaccinated. In this context, Dedy urges another Corona prime ministerial conference. “Instead of talking for days about the option of a federal-state round, maybe you should do one and agree on a strategy for the near future together.” A strategy that is as uniform as possible is needed through the winter.

The social association VdK also calls for a “daily test obligation for everyone” in care. This is the only way to break the swelling wave of corona infections in homes, “says VdK President Verena Bentele of the Funke media group. That is why it must be introduced immediately for all employees of outpatient care services as well as for all visitors and employees of nursing homes.” Every additional day without it there is a danger to the lives of people in need of care. “It is negligent that the traffic light parties apparently want to forego a uniform regulation just like before the federal and state governments. According to media reports, the SPD, Greens and FDP had initially considered such a test obligation, but then discarded. (09.11.2021)

The Prime Minister of Rhineland-Palatinate, Malu Dreyer, does not consider a Prime Minister’s conference on the corona situation to be necessary for the time being. “We do not close ourselves to a conversation in perspective, but the goal and the necessity must be very clear,” said the SPD politician to the newspapers of the Funke media group. “At the moment we have all the instruments we need if Health Minister Spahn creates the legal prerequisites for the implementation of the resolutions of the Health Ministers’ Conference: booster vaccinations for everyone, free allowance for hospitals and the lifting of the lower limit for nursing staff.” (09.11.2021)

11,000 Boing employees refuse to be vaccinated

According to insiders, more employees than expected are applying for an exemption from the compulsory vaccination for religious or medical reasons at the US aircraft manufacturer Boeing. Of the approximately 125,000 US employees, more than 11,000, or almost nine percent, do not want to be vaccinated, people familiar with the matter told the Reuters news agency. Boeing then extended the vaccination deadline to January 4, according to industry circles and a company email viewed by Reuters. “Compliance remains a condition for employment,” writes Boeing in the press release. According to insiders, the company’s management had expected that only about two percent of employees would reject a Covid-19 vaccination for religious or medical reasons. (09.11.2021)

The head of the German Hospital Society (DKG), Gerald Gaß, is open to compulsory corona vaccination in the health care system. “I demand that the German ethics council deal with the question of whether we need a mandatory vaccination for the entire health system,” says Gaß the editorial network Germany. “Personally, I would go along with a recommendation by the Ethics Council.” The concern that such a regulation could exacerbate the shortage of staff in the health care system, Gaß considers unjustified, at least with a view to the clinics. “According to a survey by the Robert Koch Institute, we have a vaccination quota of more than 90 percent in the hospitals. Among the ten percent are people who cannot be vaccinated. The majority of the rest of the group would have to be vaccinated reach, I assume so. ” He therefore does not believe in a massive escape from work. (09.11.2021)

Cologne tightened rules for the start of the carnival

A few days before the start of the carnival season on 11.11. the city of Cologne tightened the rules again in view of the sharp rise in corona numbers. The public celebrations for the start of Carnival on Thursday will now be limited to those who have been vaccinated and those who have recovered. The Ministry of Health in Düsseldorf approved a corresponding procedure. (09.11.2021)

In the cordoned off areas of Cologne’s old town and in the Zülpich district, 3Gplus is no longer valid, but 2G. 2G is also mandatory for all hall events and in the pubs. The crisis team of the city of Cologne decided this in a special meeting. “Numerous measures are being taken by the city, the organizers and the catering industry in order to make the celebration as safe as possible. It is clear to all of us, however, that there can be no absolute security,” said Mayor Henriette Reker (non-party). The SPD politician and health expert Karl Lauterbach fears, despite the measure, that the carnival will become a “superspreader event”. Even with 2G, events indoors are a “huge risk” for many people because of the breakthroughs in vaccination and because of the declining vaccination protection. (08.11.2021)

After it was only lifted in the week before the autumn break, the mask requirement in the first to sixth grades at Berlin schools is now back. Education Senator Sandra Scheeres (SPD) decided after a meeting of the hygiene advisory board on Monday afternoon in view of the increasing number of infections, as the education administration announced. In high schools from the seventh grade onwards, the mask requirement continued to apply anyway. Before the holidays there were considerations to keep them there as well. Nothing has come of it now.

In addition, for the time being there will still be three corona tests a week in schools for schoolchildren. Both measures are to be implemented during the week, according to the education administration. Originally, the number of three tests was only planned for the first two weeks after the autumn vacation in order to increase the chance of discovering corona cases attributable to returning travelers more quickly. Then there should be two tests a week again. However, there has always been criticism of this regulation.

Scheeres had expressly advocated the controversial lifting of the mask requirement in elementary schools before the holidays and justified this with the restrictions for younger children, for example when learning to read. Regarding her reassessment after the Hygiene Advisory Board meeting, she said: “I did not make this decision easy for myself because I know how stressful children can be with wearing masks.” (08.11.2021)