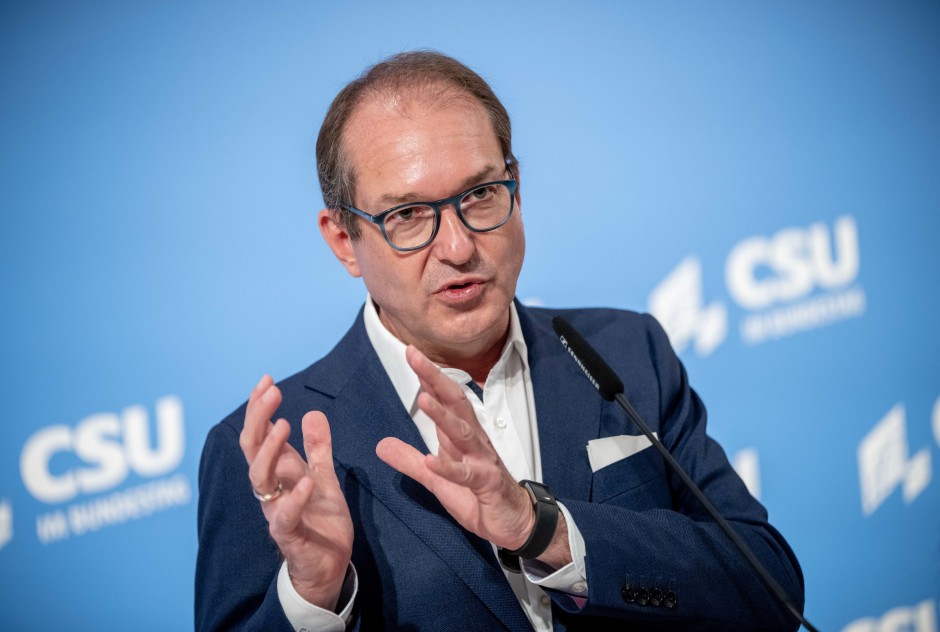 Dhe traffic light parties’ bill to combat the corona pandemic has met with a lot of criticism. The CSU regional group rejects the plans, and the German Association of Cities and the social associations point to failures. In view of the high number of infections, general practitioners warned against scare tactics and uncertainty. According to a draft law by the SPD, FDP and the Greens, which will be submitted to the Bundestag for a vote next Thursday, the drastic increase in corona numbers should be due, among other things, to the return to free corona rapid tests, the 3-G rule at work and financial aid for clinics to be contained.

The CSU regional group chairman Alexander Dobrindt rejected the plans in the Augsburger Allgemeine as too risky. “The first traffic light decision already risks corona chaos in Germany,” he told the newspaper. “To end the epidemic situation politically without naming real adequate alternatives, while hospitalization is actually increasing, is a signal of lack of plan.”

At the end of October, the SPD, Greens and FDP announced that they wanted to let the epidemic situation of national scope, the nationwide state of emergency corona, expire on November 25th. Since then, the corona numbers have continued to rise. On Tuesday, the Robert Koch Institute announced the highest value for the seven-day incidence since the pandemic began.

The German Association of Cities criticized that with the submitted draft the chance to introduce the 2-G rule in the leisure sector nationwide had been wasted. “A visit to the fitness center, club or cinema should be taboo without spades,” demanded General Manager Helmut Dedy in the newspapers of the Funke media group. He also insisted on another prime ministerial conference. “Instead of talking for days about the option of a federal-state round, maybe you should do one and agree on a strategy for the near future together,” he said.

The executive head of the Chancellery, Helge Braun, urged such a meeting on Tuesday. “A Prime Minister’s Conference needs agreement between the federal and state governments that they want to work together. And I think that’s very necessary at the moment, ”said the CDU politician on Tuesday in the ARD morning magazine. In addition to the current legislation, there are also enormous organizational challenges. “If I have my way, we have to get around 20 million booster vaccinations by Christmas. And that doesn’t happen by itself. That only happens if we coordinate well between the federal and state governments in terms of organization. “

Berlin’s outgoing Governing Mayor Michael Müller (SPD) had previously said on the program that he assumed that the country leaders would soon vote together again. “It is necessary, and I also assume that we will meet again in the course of the next week.” When asked about this, Braun said that following the signals “that we have so far received from Vice Chancellor Olaf Scholz, who will lead the future government”, there is still no willingness to hold a Prime Minister’s conference now. “But we advertised it a lot. We’ll certainly talk to the main parties of the Ampel coalition in advance, that’s not our problem. “Braun spoke of a” politically difficult situation “.

Outdoor leisure in the paradise of Madrid’s parks