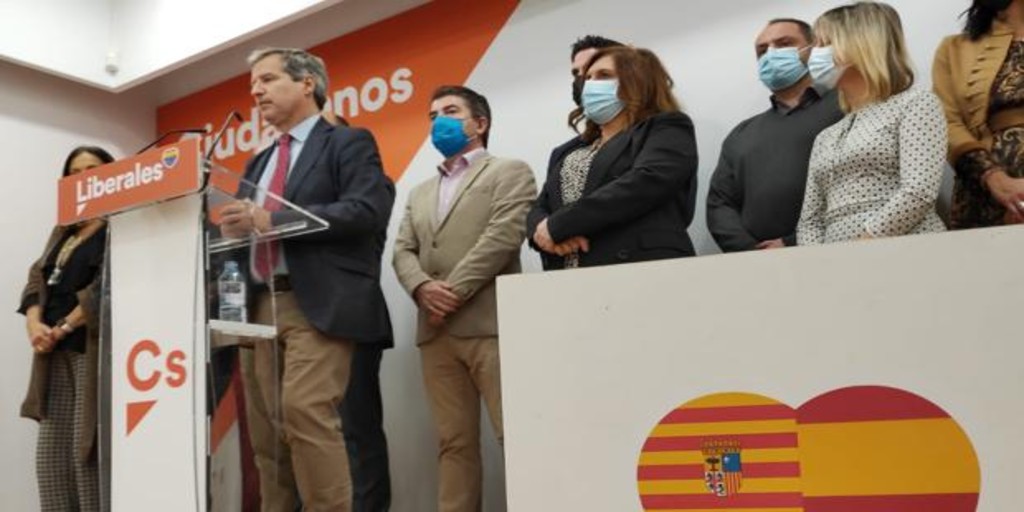 Citizens has started activating management companies to cover the internal power vacuum left by the disbandment of organic charges that has occurred in recent weeks in Aragon and that has made the party remain beheaded in the decisive province of Zaragoza. The wave of resignations has forced to look for this provisional solution, directives appointed by finger to fill the vacancies while new elections are made between the affiliates.

This Monday, Cs presented the members of the management companies that cover the power vacuum in Zaragoza capital. The scope of the rout has been of such caliber that the party has chosen to reorder its internal organization: until now, the city was divided into three zones, each with its corresponding executive; from now on, Cs will be governed in Zaragoza with two provisional management boards.

The party statutes establish that these provisional managers must be replaced by new boards of directors, to be elected in the maximum term of six months.

What happened in Zaragoza capital has been the most visible part of the wave of resignations of organic positions that it has spread to more areas of Aragon and that has placed Cs in a compromising situation. The leader of Cs in the province of Zaragoza, Javier Zárate, the secretary of provincial Organization, Cristian Poblador, those responsible for the party in the Calatayud-Aranda electoral zone, Juan Carlos Sierra, and Javier Longarón in the Valdejalón region have resigned. And the boards of directors of the Caspe and Serranía del Águila groups have also left.

Some of those who have left have also disenrolled. Others have left their organic positions, but have chosen to remain militants, for the time being. In the spotlight is the leader of Cs in Aragon, Daniel Pérez Calvo, which is also number 4 of the national executive headed by Inés Arrimadas.

Pérez Calvo has been questioned internally since it transpired that he negotiated a salary to head the candidacy of Cs in Aragon in the regional elections of 2019. His critics also make him ugly that he has not publicly declared the amount of that salary and that of the allowances he charges for his current responsibilities in the national executive of Citizens. And, in addition, they consider that the affiliation date that appears on their membership record in Cs is under suspicion. They also accuse him of hoarding “contracts and positions” for his peers.

The team that remains faithful to Pérez Calvo denies the accusations, defends the management of the regional leader of Cs and minimizes the scope of this internal crisis.

Daniel Pérez himself stressed this Monday that the appointment of these managers is an emergency solution, but adjusted to the rules and needs of the party: “That it is a temporary solution does not mean that it is a patch,” he said. And he stressed that “it is a solution contemplated by the statutes to cover that gap of six months while waiting to hold new internal elections.”