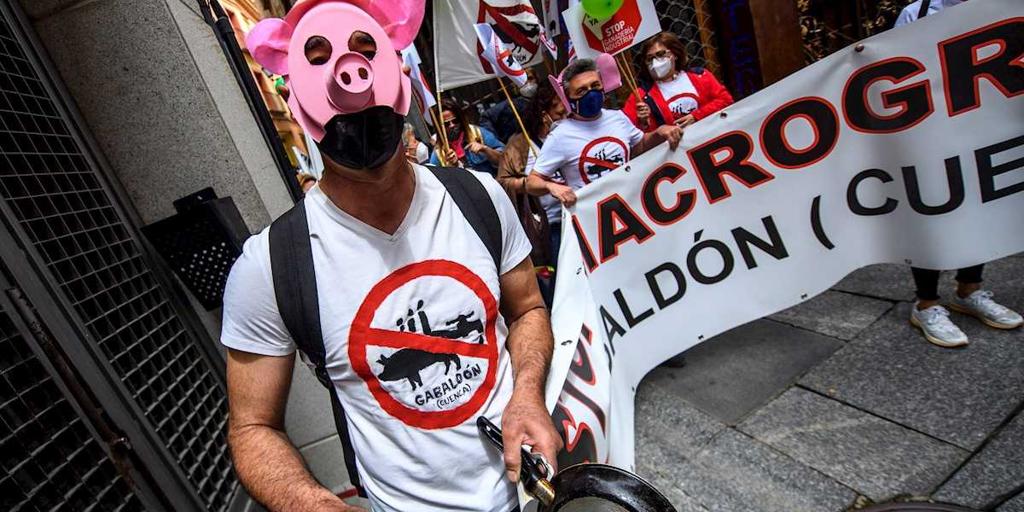 The Cuenca Living Peoples Association has called this Sunday, November 14, at 12.00 hours a demonstration in the capital of Cuenca to denounce the “sale” of the towns to the promoters of large pig farms. It will depart from the Plaza de España to the traditional train station located on Calle Mariano Catalina.

At the end of the mobilization, a manifesto will be read requesting a moratorium on permits for new intensive livestock operations. They want to vindicate extensive livestock, sustainable at a social and environmental level, as opposed to industrial livestock that is being promoted in the province, the association reported in a press release.

For the fourth consecutive year this demonstration takes place coinciding with the San Martín festival, the date on which the pig slaughter traditionally took place.

This year the motto ‘237 towns in the province of Cuenca are sold‘because “that is the feeling that citizens have, that they observe with helplessness how the province is turning into a dung heap.” At the moment, according to the association, 20 pig farm projects are being processed that add 116,188 more pigs to the almost 600,000 already existing in the province of Cuenca. “We must not forget that in the last 10 years the province of Cuenca has quadrupled the number of pig heads while its population has fallen by 8%,” they have warned from Pueblos Vivos de Cuenca.

From Pueblos Vivos Cuenca they encourage all Cuenca people and also the natives of the province to join the demonstration «to defend the sustainable future of our peoples, in which the general welfare of the inhabitants prevails over the particular enrichment of a few”. The demonstration is organized by the Asociación Pueblos Vivos Cuenca and is supported by Ecologists in Action Cuenca, the State Coordinator Stop Livestock Industrial, Cuenca Now and the Coordinator of the Empty Spain.