Hug “of brothers” of Ayuso and Almeida in Almudena, in the shadow of the internal conflict in the PP 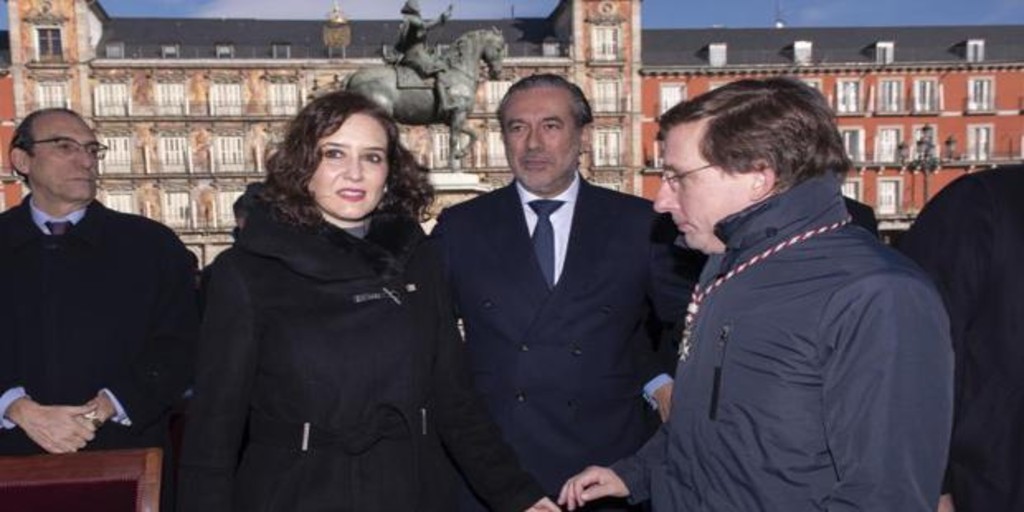 Isabel Díaz Ayuso and José Luis Martínez-Almeida have embraced in front of dozens of cameras and hundreds of faithful, on the esplanade of the La Almudena cathedral where this Tuesday the day of the patron saint of Madrid is celebrated. It was his way of sealing, in public, a friendship of years that the last divisions within his party could have cracked. The speeches of both have been conciliatory, although deep down the conflict is still latent. “It will end well,” assures the president, although they will have to “yield all.”

The first to arrive was the councilor, to applause from the public. The mayor, Almeida, has advanced among his petitions to the Virgin one asking that politicians “enlighten them to be at the same level as the Madrilenians.” He claims to have crossed WhatsApp with Ayuso today because “we are not blocked.” And he has been in favor of the regional congress of his party in Madrid, the origin of the dispute between the president and the national leadership of his party, “to be held when it comes time.”

At the time of renew the vow Almeida has made a request to the Virgin that lends itself to current interpretations: that he reminds all the rulers, “and me the first,” he said, the advice of Jesus: “If anyone wants to be the first, be the last of all, and the servant of all ».

The president, also to applause, had to wait almost ten minutes for the end of the bell roll before making statements. Very measured and in the tempering line of recent weeks: “The mayor and I both work, in the most difficult times in Madrid,” he recalled, and “more and more citizens are represented in our policies.”

He did not want to add fuel to the fire of the internal conflict by the date of the regional congress of the PP: “It will be when the national one decides”, although he has added his preference because it is “soon, because it will be better for everyone.” She has once again acknowledged that “the situation is complicated” but is convinced that “it will end well” because “I am not looking for hyper-leadership.” And remember, to whom it may concern, that she is «focused on Madrid and giving the party vast majorities». That if, he warns, “we will all have to give in to understand each other.”

This is the second time that the President Isabel Díaz Ayuso and the Mayor José Luis Martínez Almeida They had been at La Almudena Mass since both of them took up their posts. The first was in 2019, with the two newcomers to their Madrid responsibilities. Far from knowing what was coming: a global pandemic, and in her case an electoral advance and a dog-face confrontation with the national leadership of her party.

Last year they did not coincide: the president was absent due to the positive in coronavirus of a close collaborator. The mayor, in his usual renewal of the Villa’s vow to the Virgin, asked her to guide the rulers so that they “put aside sterile disputes.” An almost premonitory phrase.