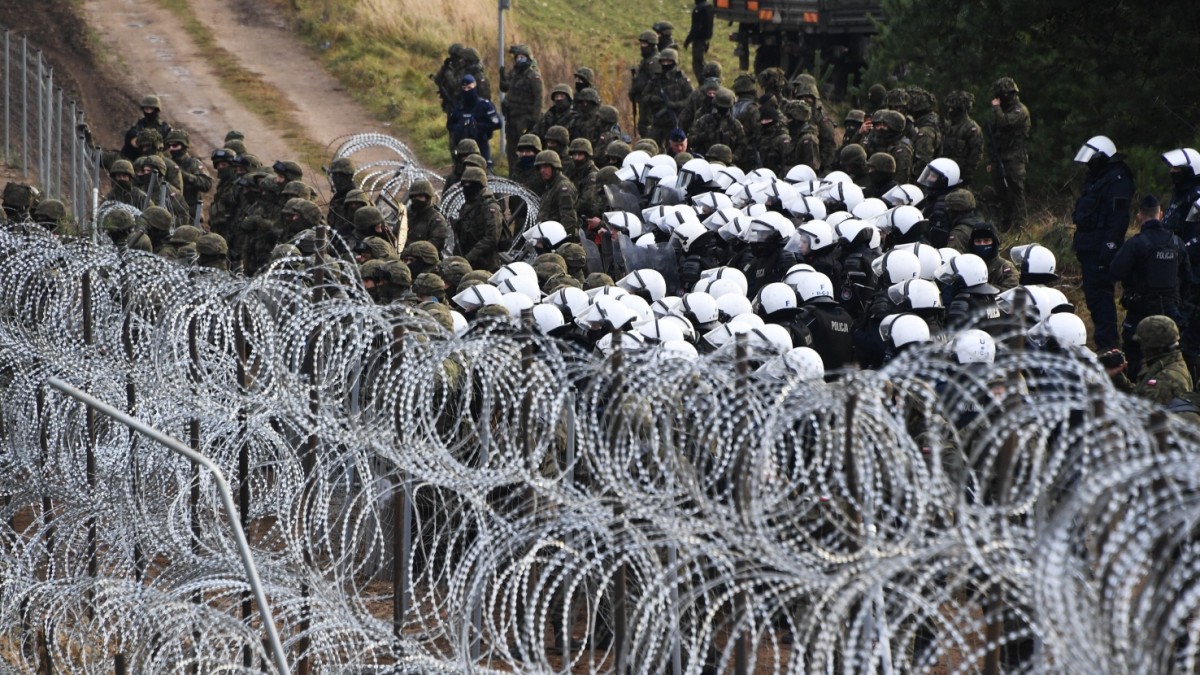 In view of the tense situation on the Polish-Belarusian border, the acting Federal Minister of the Interior, Horst Seehofer, calls for support from the EU. “We have to help the Polish government secure the external border. That would actually be the task of the EU Commission. I now appeal to them to take action,” said the CSU politician image. Poland and Germany could not cope with the situation alone. On the eastern EU external border between Belarus and Poland, thousands of migrants from crisis regions such as Afghanistan and Syria want to go to the west.

However, according to its own statement, the EU Commission has already encouraged Poland several times to accept aid. The EU border protection agency Frontex, the asylum authority Easo and the police authority Europol are ready to help with the registration of migrants, processing of asylum applications and the fight against smuggling, the EU Commission said on Monday. Poland must, however, request this help.

The EU accuses Belarusian ruler Alexander Lukashenko of having people flown in from crisis regions in order to smuggle them into the EU. In response to sanctions against his country, he had declared that he would no longer stop migrants on their way to the EU. There have already been several migrant deaths in the border region. The EU states Poland and Lithuania have reported thousands of border crossings in the past few months. Germany is considered a main destination for migrants.

According to Seehofer, Poland has reacted correctly so far. “I also say that we need the structural security of the borders. We have to publicly support the Poles. We cannot criticize them for protecting the EU’s external border with permissible means,” said Seehofer. “Not with the use of firearms, of course, but with the other options that exist.”

CSU European politician Manfred Weber calls for the European Union to act decisively. “The European message has to be: It’s enough!”, Said the group chairman of the European People’s Party in the European Parliament image. He spoke out in favor of “tightened sanctions” against the Belarusian ruler Alexander Lukashenko and those around him.

Weber was critical of Turkey – one of the countries from which migrants flew to Belarus. “If the Turkish President (Recep Tayyip) Erdogan tries to blackmail the EU with numerous migrant flights from Turkey to Belarus, an unequivocal answer is needed,” Weber said. “He will fail as much as he did with his attempt to smuggle migrants across the Greek-Turkish border. The Commission must immediately start talks with the Turkish government.”

The Union parliamentary group considers the Federal Government’s previous measures against unauthorized entry via Belarus to be correct, but not sufficient. In an application by the CDU / CSU, which is being discussed in the Bundestag this Thursday, it says that the German government should advocate landing bans and other sanctions against airlines that “transport migrants due to the abusive visa exemption granted by Belarus” . In addition, it must be taken into account that Belarus, as a “Russian client state”, does not make decisions such as the state-orchestrated smuggling of migrants into the EU on its own.

If other measures to curb migration from Belarus to Germany are ineffective or not sufficient, the federal government should take precautions so that temporary border controls can be introduced at the German-Polish border as a last resort, the application said.