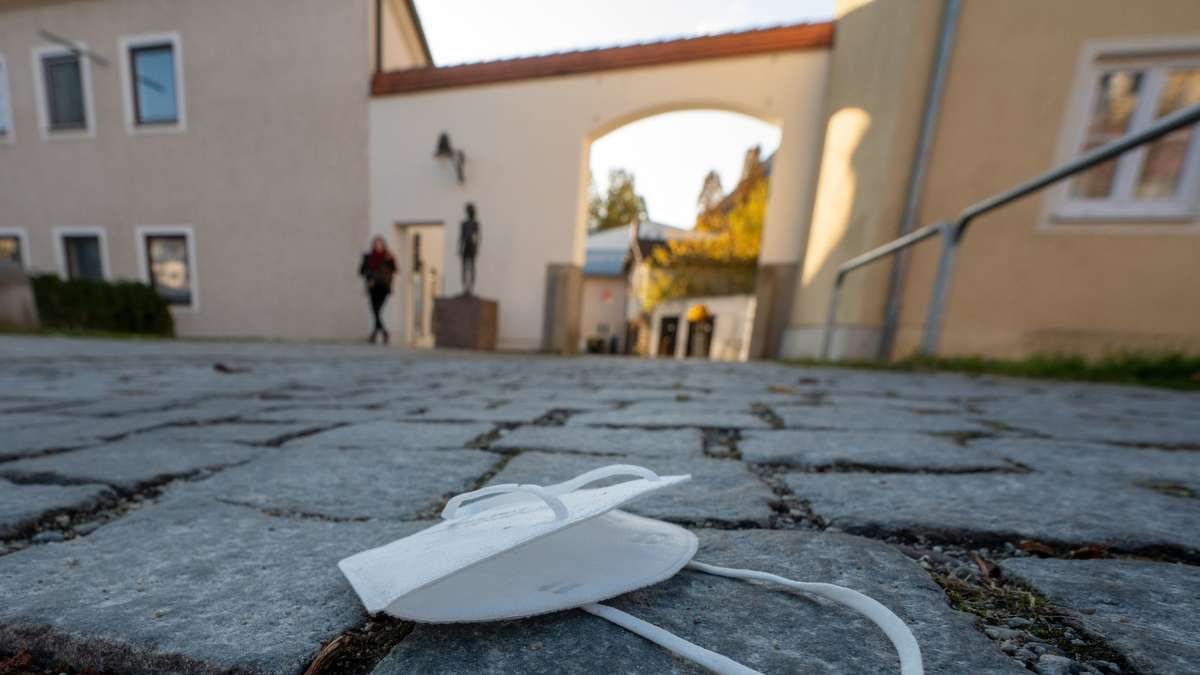 The seven-day incidence peaks as the fourth wave rolls in. How are things going now? The Ampel coalitionists have a plan – but many do not like it.

Berlin – The traffic light parties’ bill to combat the corona pandemic has met with a lot of criticism. The CSU parliamentary group rejects the plans, and the German Association of Cities and the social associations point to failures.

In view of the high number of infections, family doctors warned against scare tactics and uncertainty. According to a draft law by the SPD, FDP and the Greens, the drastically increasing corona numbers are to be contained, among other things, by returning to free corona rapid tests, 3G at work and financial aid for clinics.

CSU regional group leader Alexander Dobrindt rejected the plans in the “Augsburger Allgemeine” (Tuesday) as too risky. “The first traffic light decision already risks corona chaos in Germany,” he told the newspaper. “To end the epidemic situation politically without naming real adequate alternatives, while hospitalization is actually increasing, is a signal of lack of plan.”

Corona state of emergency will expire

At the end of October, the SPD, Greens and FDP announced that they wanted to let the epidemic situation of national scope, the nationwide state of emergency corona, expire on November 25th. Since then, the corona numbers have continued to rise. On Monday, the corona incidence reached the highest level since the pandemic began.

The German Association of Cities criticized that with the submitted draft the chance to introduce the 2G rule in the leisure sector nationwide had been wasted. “A visit to the fitness center, club or cinema should be taboo without spades,” demanded chairman Helmut Dedy in the newspapers of the Funke media group. He also insisted on another prime ministerial conference. “Instead of talking for days about the option of a federal-state round, maybe you should do one and agree on a strategy for the near future together,” he said.

The social associations also miss regulations: “Only the daily compulsory test for everyone in the care can break the swelling wave of corona infections in homes,” said the president of the VdK social association, Verena Bentele, the newspapers of the Funke media group. “It is negligent that the traffic light coalition parties, like before the federal and state governments, apparently want to forego a uniform regulation.”

Five days after the state elections in Mecklenburg-Western Pomerania, the first exploratory discussion between the election winner SPD and the CDU will take place this Friday. This was confirmed by party circles on Thursday at the request of the German press agency. The media had previously reported. As a rule, confidentiality is agreed for exploratory talks; it is about a first tapping of positions in order to sound out possible overlaps and compromise possibilities.

The German Foundation for Patient Protection also called for daily testing for nursing staff. The vaccination status should not play a role at all, said the board, Eugen Brysch, the editorial network Germany (Tuesday).

While the intensive care physicians are sounding the alarm in view of the high number of infections, the general practitioners are warning of scaremongering and uncertainty. “It is perfectly understandable that citizens are reacting to the rising incidence with uncertainty. What is not also needed, however, is scaremongering through constantly new catastrophe scenarios, as has been pursued by some politicians since the beginning of the pandemic, “said the chairman of the German Association of General Practitioners, Ulrich Weigeldt, of the” Rheinische Post “. Instead, a better communication strategy is needed. dpa