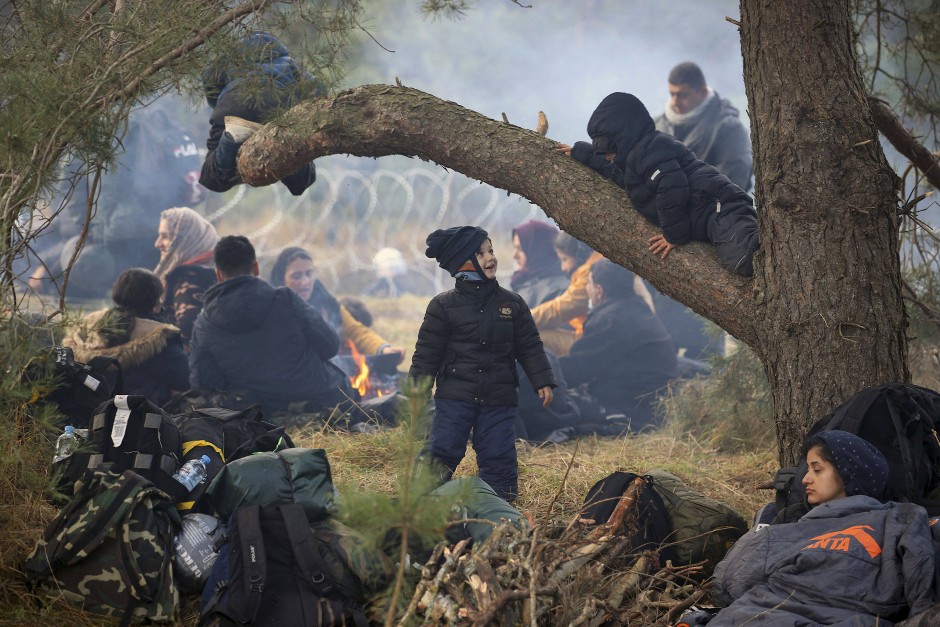 AIn view of the influx of thousands of refugees on the EU’s external border with Belarus, Federal Interior Minister Horst Seehofer (CSU) asked the EU to support Poland and Germany. “Poland or Germany cannot cope with that alone,” Seehofer told the newspaper Bild on Tuesday. All EU states must now stand together, as the Belarusian ruler Aleksandr Lukashenko is trying to use the fate of the refugees “to destabilize the West”.

“We have to help the Polish government secure the external border. That would actually be the job of the EU Commission. I now appeal to them to take action, ”said the acting interior minister. He accused Lukashenko of “deliberately creating and using” images of refugees and fleeing children at the border. The Belarusian head of state will be supported by Russian President Vladimir Putin.

“We need the structural security of the borders”

Poland has reacted correctly so far, said Seehofer and welcomed the construction of a fortified border facility. “I also say that we need the structural security of the borders. We also have to publicly support the Poles. We cannot criticize them for protecting the EU’s external border with permissible means, ”said the interior minister. “Of course not with the use of firearms, but with the other possibilities that are also available.”

The EU accuses Lukashenko of deliberately smuggling refugees from the Middle East into the EU in order to retaliate against sanctions decisions taken in Brussels. The EU had imposed the sanctions in response to the crackdown on the democracy protests directed against Lukashenko, which began after Lukashenko’s controversial re-election in August 2020.

Poland, Latvia and Lithuania have reported thousands of illegal border crossings from Belarus in the past few months. A spokesman for the Polish government announced on Monday that 3,000 to 4,000 migrants had gathered near the Polish border.

Poland reacted to the increasing number of migrants with a massive increase in the number of border guards, the erection of a barbed wire fence and the imposition of a state of emergency in the border area. So-called pushbacks were also legalized and a decision was made to build a fortified border system.

The parliamentary state secretary in the Federal Ministry of the Interior, Stephan Mayer (CSU), offered the government in Warsaw the support of German police officers to secure the border. “We are offering Poland every help to repel the attack on the border with Belarus,” Mayer told Bild. “Germany could also send police forces to Poland for support very quickly if Poland wanted to.”