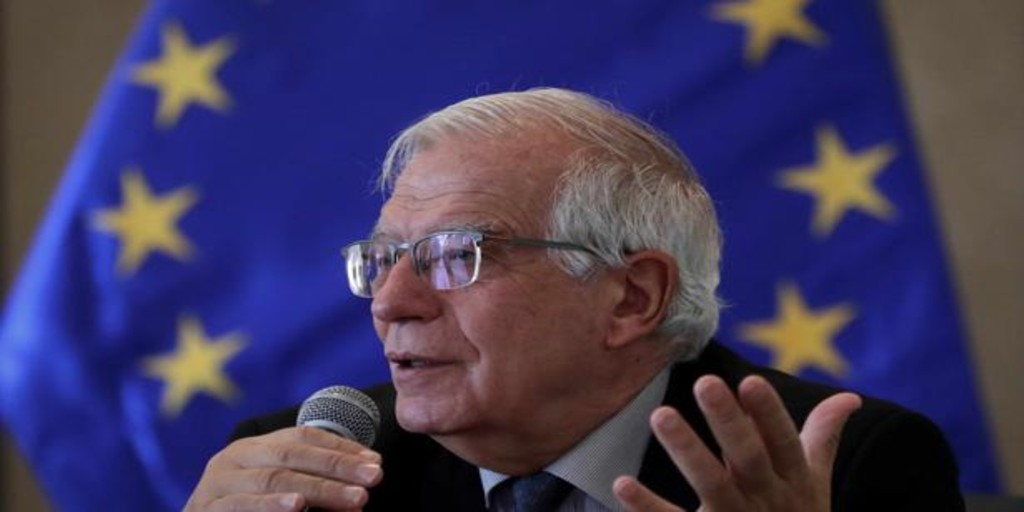 The White House asks the mission of the European Union who is going to observe the regional elections in Venezuela On November 21, that he makes an objective analysis of how these are produced, and that he takes into account the measures that Chavismo has already taken before to hinder access to the opposition. This was stated on Friday by a senior official of the Biden Administration in a conversation with a small group of journalists.

«Both this observation mission [de la UE] such as the Carter Center should take note of all measures the regime has taken to prevent political participation, including the imprisonment of dissidents, and the closure of democratic spaces before the vote on November 21, “said that senior official. In that sense, the White House assures that it sees a usefulness to that mission: “It can be incredibly valuable to demonstrate to the international community what we already know is happening within Venezuela.”

The National Electoral Council of Venezuela (CNE) also signed a memorandum of understanding last month with the center chaired by the former president. Jimmy Carter, which will send an observation mission for the regional elections. The CNE announced this understanding on its Twitter social network account, revealing the signing of a memorandum “on the international mission of electoral experts for the 2021 regional and municipal elections, in order to regulate the relations and responsibilities between both parties, of facing the electoral event ”, reports Efe.

The EU mission has been surrounded by controversy. The Venezuelan opposition accuses Josep Borrell, the High Representative for Foreign Policy of the EU, to allow the legitimation of the regime when sending it. Borrell responded at a press conference in Washington that he does not understand these criticisms, since the same opposition is running in those elections.

Later Borrell affirmed that the United States supports the mission, and Brian Nichols, the new North American undersecretary of state for Latin America, confirmed in another press conference that the aforementioned mission seems “useful” to him, because it can expose the manipulations of Chavismo.

This newspaper published in October that Borrell decided to send the observation mission despite the fact that a technical report that he had commissioned warned him that there are more possibilities of damaging the prestige of the EU than of helping the democratization of the chavista regime. The report, prepared as an internal document, was produced in July and clearly warns that “the usefulness of a European electoral observation mission must be considered taking into account the real contribution it can make to the process and the impact on the credibility of this instrument. of great reputation of the Foreign Policy of the EU ‘.

In their conclusions, the authors of the report clearly stated that “the deployment of a European observation mission is likely to have an adverse impact on the reputation and credibility of such missions and indirectly contribute to legitimizing the electoral process.” Borrell replied that since it was July, the report was already out of date.

The same senior White House official said that for the moment, President Joe Biden is not considering new sanctions against the Maduro regime for its human rights abuses, because “the sanctions only perpetuate the current status quo».

However, the US president is not considering lifting the harsh sanctions approved in his day by Donald Trump as long as the regime does not show signs that it is changing and moving towards legitimate, transparent and valid elections. “What we support is those Venezuelans who seek democracy,” said the same source.

“USA. will lift the weight of sanctions if there are clear actions to restore democracy, it’s that simple, “added the official. “If the Venezuelan regime wants to change US policy, it knows exactly what to do.”

He also responded to allegations by Alex Saab’s lawyers, the Maduro figurehead extradited to Florida for trial, that this case is actually political. “It is a judicial matter, and it is supervised by the Department of Justice. Although it is difficult for Mr. Saab’s lawyers and the regime in Caracas to understand it, in the US justice is independent, and that extradition has followed the procedures established by law in Cape Verde, “said that senior official.

He added that he is convinced that Saab will have a “fair trial” in Florida. The prosecution recently dismissed seven charges against him, and he will be tried for one related to fraud and money laundering. One of its judges, the former judge disqualified for prevarication Baltasar Garzón who has insisted that the case against Saab, a Colombian businessman close to Maduro, is politically motivated.

Saab faces a single charge of conspiracy to launder money. He will be processed for that charge on November 15, according to what appears in the judicial file.

There were many efforts by the Chavista regime to save this businessman with large accounts in tax havens from extradition and trial in the United States. Saab had its first contract with the Chavista regime in 2011, taking over the construction of low-cost housing for 685 million dollars. The then presidents Juan Manuel Santos and Hugo Chávez, as well as Maduro as foreign minister, attended the signing of the agreement in November of that year. That contract allowed Saab, according to the US Attorney’s Office, to establish an entire money laundering operation after achieving a very advantageous exchange rate from the Government of Venezuela.