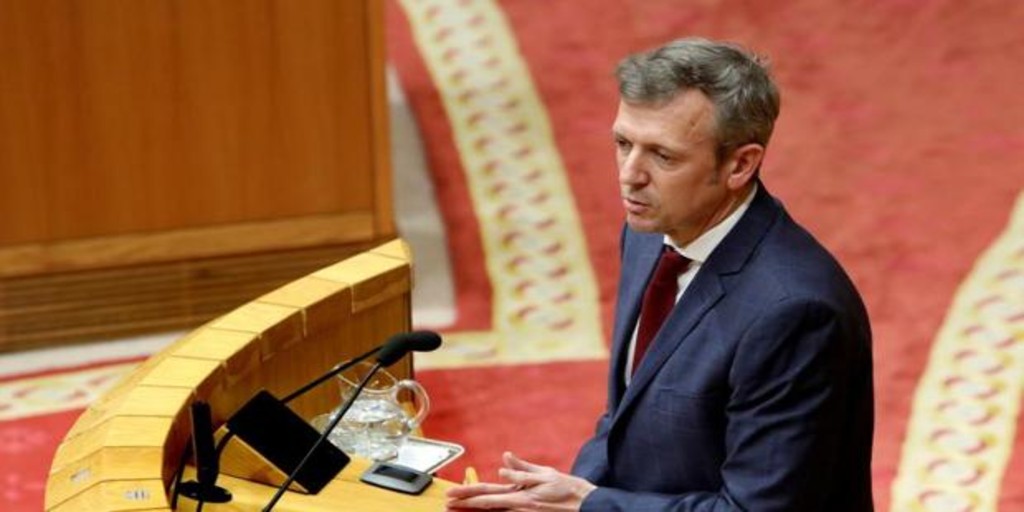 Going from the “announcements” without further specification to the “facts” with specific items for the Xacobeo in 2022. It is the message that the first vice president of the Xunta and head of Tourism, Alfonso Rueda, has launched to the central government, during his appearance At his own request in the Plenary of the Galician Parliament. Rueda has put numbers to the different «importance» that each administration gives to the Xacobeo: more than 170 million euros in two years the Xunta (almost 86 in the 22), 120 million consigned the Executive of Pedro Sánchez to the national plan, which “It is still an advertisement.”

Rueda has assured that in San Caetano they are willing to forget that the Xacobeo’s national plan was presented outside of Galicia and that any assignment made by the Government is well received, but demands “that it be made concrete”, because “if one goes the General State Budgets, absolutely nothing appears »of the Holy Year. “We are told many things”, he pointed out, but “we need certainty and to know where that money is”, because “the only certainty” was “expressed in words.”

“Today we only have this almost verbal commitment, and not a single reflection in the Budgets”, has censored the number two of the Xunta, who hopes that, ultimately, the project “does not ignore the Xacobeo in what really matters, in the concretions of games “; something that “would be very serious after all the announcements” from the Government.

It happens, however, that the “antecedents” in supporting the double Holy Year “are not very good”, such as the changes imposed from Madrid to the departure to rehabilitate BIC, the recent controversy; the old demand to increase the staff of the Autonomous Police of which “we know nothing”, beyond a “verbal commitment” from the Director General of Traffic; or the “very important amounts”, more than 280 million euros in 10 years, that Pedro Sánchez himself announced during his visit to Santiago on July 25, on the occasion of the meeting of the Royal Board of Trustees. “Big announcements” that do not have “to date any reflection” in the PGE, under the excuse that they will be financed with European funds.

In line, Rueda has charged against the Government for being much more explicit, for example, with Catalonia, when 20 million euros are consigned for Barcelona as cultural and scientific capital. “You have to make an act of faith” from Galicia to trust that, in the end, those items will end up appearing in the Budgets, the first vice president has claimed. In his list of grievances, he added that the Government has not lifted a finger to meet the demand to extend to 2022 the tax deductions to which the sponsors avail themselves, which he has called “quite incomprehensible.”

The Xunta, has claimed, will continue to claim the “same treatment” that any other autonomous community would receive in the face of an “event of this magnitude”, which the Government itself has declared a tourist event. The kind of ad that “is fine” but has warned, again, that “you have to prove it with facts.”

Rueda closed his appearance with a message addressed to the opposition: “If tourism goes well, many things will go well in Galicia.”