Curious inscription – Hayn’s Fiserin, President of the Republic of Australia? 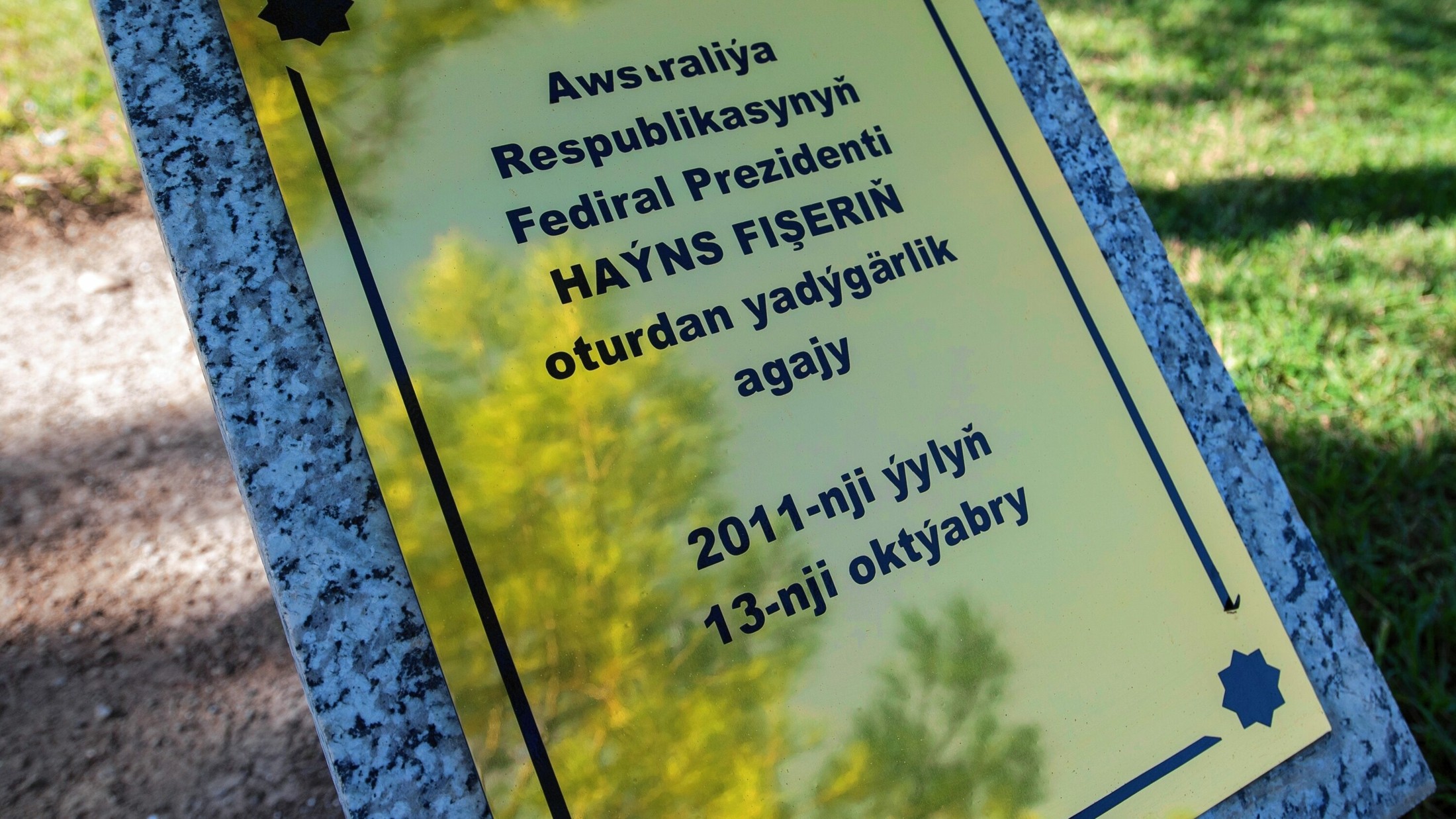 During the visit of Foreign Minister Michael Linhart (ÖVP) to Turkmenistan, the friendship trees of the heads of state and government who honored Turkmenistan with their presence were inspected. The inscription on the tree by Heinz Fischer, who was here in 2011, is curious: He is identified as the President of Australia (the worldwide common confusion with the English Austria).

Linhart in Turkmenistan
At the end of his six-day trip through Central Asia, Foreign Minister Linhart met with President Gurbanguli Berdimuchamedow and Foreign Minister Raschid Meredov in Turkmenistan on Monday morning (local time). In addition to the situation in the crisis country Afghanistan, the main focus was on expanding bilateral economic relations. “My message: We are here and we are open to cooperation,” emphasized Linhart. “We have a lot of projects.”

Foreign Minister Meredow reported on a “very fruitful conversation” Linhart had had with the President. Head of state Berdimuchamedow had explained his country’s future strategy and position on Afghanistan to his guest.