Explorations about Braun’s candidacy for the CDU chairmanship

So far, no one has officially declared their candidacy for the CDU chairmanship. Friedrich Merz and Norbert Röttgen are considered likely contenders – now another name is being traded.

Berlin – In the power struggle for the future CDU leadership, there are signs of movement. In the Hessian CDU there are explorations about a possible candidacy of the executive head of the Chancellery, Helge Braun, for the federal chairmanship.

According to information from the German press agency from party circles on Tuesday evening, Braun is said to have the support of the Hessian CDU chairman Volker Bouffier for a candidacy as the successor to the outgoing party leader Armin Laschet. It was said that whether Braun would actually run for office was apparently not yet final. However, there is support for Braun from all parts of the CDU.

A spokesman for the state CDU did not confirm the information in the evening. He said, however, that a state board meeting on Friday would discuss the chairmanship of the CDU in Germany. The “Spiegel” also reported on the possible personalities of Braun and the planned meeting. The spokesman for the Hessian CDU said he would not comment on speculations about personal details.

CDU wants to reposition itself in terms of personnel

After the Union’s debacle in the federal election, the CDU wants to reposition itself. Applicants for the party chairmanship have been nominated since Saturday – but so far no one has officially declared their candidacy. In the CDU, it is expected that in the next few days, ex-Union faction leader Friedrich Merz and foreign politician Norbert Röttgen, two ambitious politicians will throw their hats into the ring for the upcoming questioning of around 400,000 CDU members.

With a candidacy from Braun, the internal power struggle could gain momentum. Laschet’s successor is to be elected on January 21 at a party conference in Hanover. The member survey about the new party leader is planned for December.

In the CDU, according to information from the dpa and the “Spiegel”, an interview in the “Frankfurter Allgemeine Zeitung” from the weekend was cited as an indication of Braun’s interest in the party chairmanship. There Braun had said: “I hope for an exciting member survey for a field of candidates with real alternatives.” He emphasized the importance of the solidarity between the CDU and CSU: “If the union is not closed, it cannot be successful. And when the CDU and CSU are at odds, the rift always goes through the CDU, because we have many friends of the CSU too. “When asked whether this is also possible with the CSU boss, Braun told the newspaper:” It goes without saying that a close alliance with Markus Söder is possible. “

Braun has long been traded as a possible successor to Bouffier as Prime Minister of Hesse. Bouffier is deputy chairman of the federal CDU. In Laschet’s power struggle with CSU leader Markus Söder for the Union’s candidacy for chancellor in April, he clearly stood behind the then North Rhine-Westphalian prime minister.

The Schleswig-Holstein Education Minister Karin Prien wants to contribute as deputy CDU leader to the renewal of the party after the historic disaster in the federal election. “I would like to bring my experiences and perspectives to the new CDU presidium. That’s why I’m going to run for deputy party chairman at the party congress, ”said Prien, who has been a member of the CDU federal executive committee since January, of the editorial network Germany (Wednesday). She turned down a candidacy to succeed party leader Laschet.

She wanted to get fully involved in the state elections in Schleswig-Holstein on May 8, so that the CDU around Prime Minister Daniel Günther could win again, said Prien. “You can’t do all of that on the side. In this situation, leading the party requires a level of commitment and attention that cannot be afforded without neglecting the other things. ”In addition, she would like to continue to be minister in Schleswig-Holstein. At the same time, Prien emphasized: “In the field of education and research, the Union must again claim to provide the decisive impetus. In addition to climate protection and digitization, this is the future topic. “

The vice-chairwoman of the largest CDU state association in North Rhine-Westphalia, Ina Scharrenbach, has spoken out against a member’s decision for the CDU federal chairmanship. “When it comes to the membership decision, it is usually the case that the one who shouts the loudest wins,” said the NRW building minister on Wednesday at the German press agency in Düsseldorf. 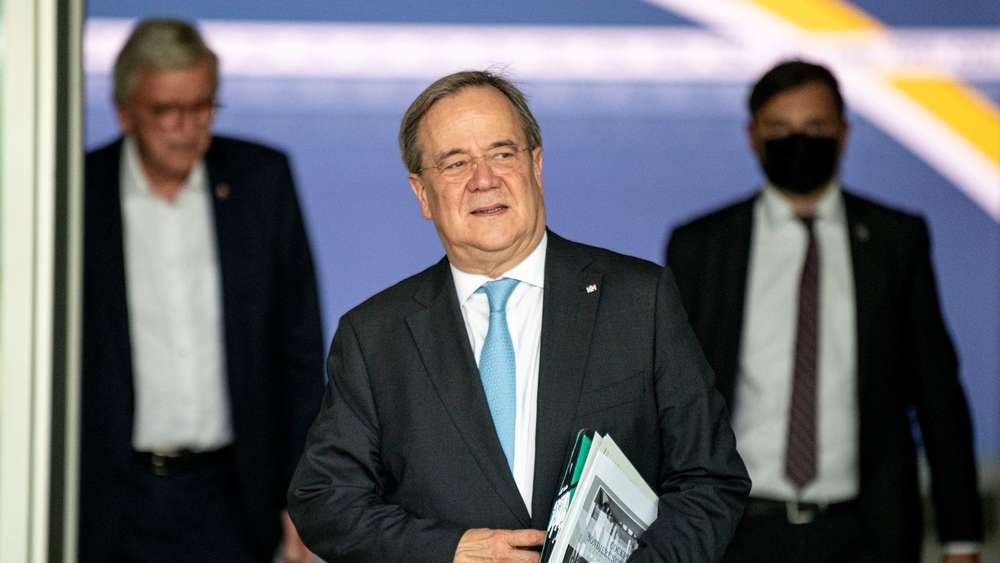 Nobody speaks openly. But even former companions are moving away from Armin Laschet. The problem: who should lead the CDU when he resigns? The call for a basic participation is getting louder.

In response to the finding that she was not running as a party vice for a team with one of the likely chairman candidates Merz or Röttgen, Prien said: “I find it strange that it just seems to be about individual candidates dealing with one Surrounded by a crowd of female comrades-in-arms, who then come across as more of a garnish. ”This is not her self-image. She claims to be an independent actor. “For the CDU it is about more than the question of how the gentlemen from NRW get their rights.” In addition to Merz and Röttgen, other possible candidates for the CDU chairmanship come from NRW. dpa

FLAM, the alternative to plastic hides in nature