Migrants break through the border from Belarus to Poland 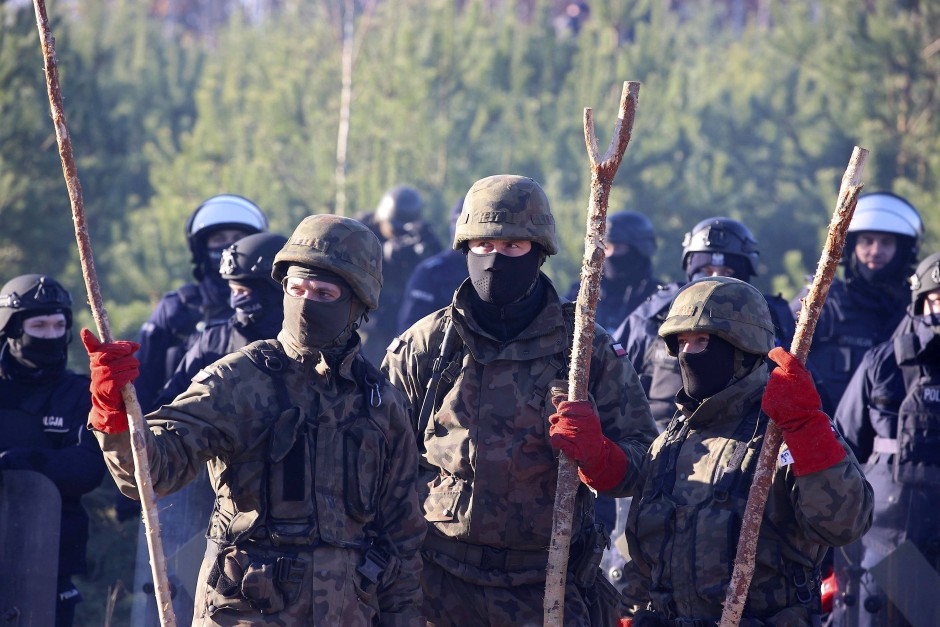 WITHAccording to a Polish media report, two larger groups of refugees have broken through the border from Belarus to Poland on their hoped-for way to the EU. Several dozen migrants managed to destroy fences near the villages of Krynki and Białowieża and to cross the border, reported the Polish news agency PAP on Tuesday evening, citing the local broadcaster Białystok. The station quoted a spokeswoman for the border guards that in both cases fences and barriers had been violently torn down. Some of the refugees have been returned to Belarus, while others have been released.

There are hundreds of people on the Belarusian side. According to the Polish authorities, the refugees had received food from Belarusian organizations, it said. The EU member Poland has stationed thousands of soldiers at the border to prevent the barbed wire from breaking through.

Lukashenko: You want to go to Germany

The Belarusian ruler Alexandr Lukashenko called on Tuesday to let people through. They didn’t want to settle in Poland, but mainly in Germany, he said in an interview.

The politician, decried as the “last dictator in Europe”, has a reputation for allowing people from crisis states such as Syria, Afghanistan, Libya and Iraq to be flown in in order to smuggle them towards the EU border. It is believed that he is trying to take revenge for the sanctions imposed by the European Union for suppressing civil society and the democratic opposition. Lukashenko had denied the allegations and held international smuggling networks responsible for organizing people’s trips. He again admitted that he would no longer stop migrants on their way to the EU.

The Acting Foreign Minister Heiko Maas is in favor of sanctions against anyone involved in the smuggling of refugees to Belarus. “Nobody should be allowed to take part in Lukashenko’s inhumane activities with impunity,” said the SPD politician on Wednesday night in Berlin. This applies to countries of origin and transit, but also to airlines that enable people to be transported to Belarus. The EU is ready to “draw clear conclusions here”.

“The pictures and impressions that we get from the Belarusian border area are appalling,” said Maas in his written declaration. “Mr. Lukashenko continues to turn a dangerous escalation spiral from which there is no way out for himself. He unscrupulously uses people seeking refuge as hostages for his cynical power game. “But the EU cannot be blackmailed.

The SPD politician also spoke out in favor of further direct EU sanctions against Belarus. “Lukashenko has to realize that his calculation is not working out. Incidentally, that does not rule out extending the sanctions to other areas of the economy in the future.

According to diplomats, the permanent representatives of the governments of the EU countries want to launch an expansion of sanctions this Wednesday. They could be decided at a meeting of EU foreign ministers on Monday.

Maas has only been acting minister since the end of October, but is involved in the coalition negotiations with the FDP and the Greens. He also promised humanitarian aid for refugees on the border. Various organizations are ready.

Austria asked the EU Commission to give the Polish government more support in protecting its borders. “The EU Commission must support Poland in securing the EU’s external border and provide the necessary funds for the erection of a robust border fence. Offering help with the registration of migrants is the completely wrong signal, ”said the Austrian Interior Minister Karl Nehammer (ÖVP) of the newspaper Welt.

His country will stand by Poland’s side in solidarity, said Nehammer. “Just as we have secured the EU’s external border in Greece and Lithuania, we also offer our support to Poland.” Despite demands from Warsaw, the EU has so far refused to co-finance a fence on the more than 400-kilometer border between Belarus and Poland.